By SpaceRef Editor
July 8, 2012
Filed under Earth, MODIS Image of the Day, NASA MODIS Web, US 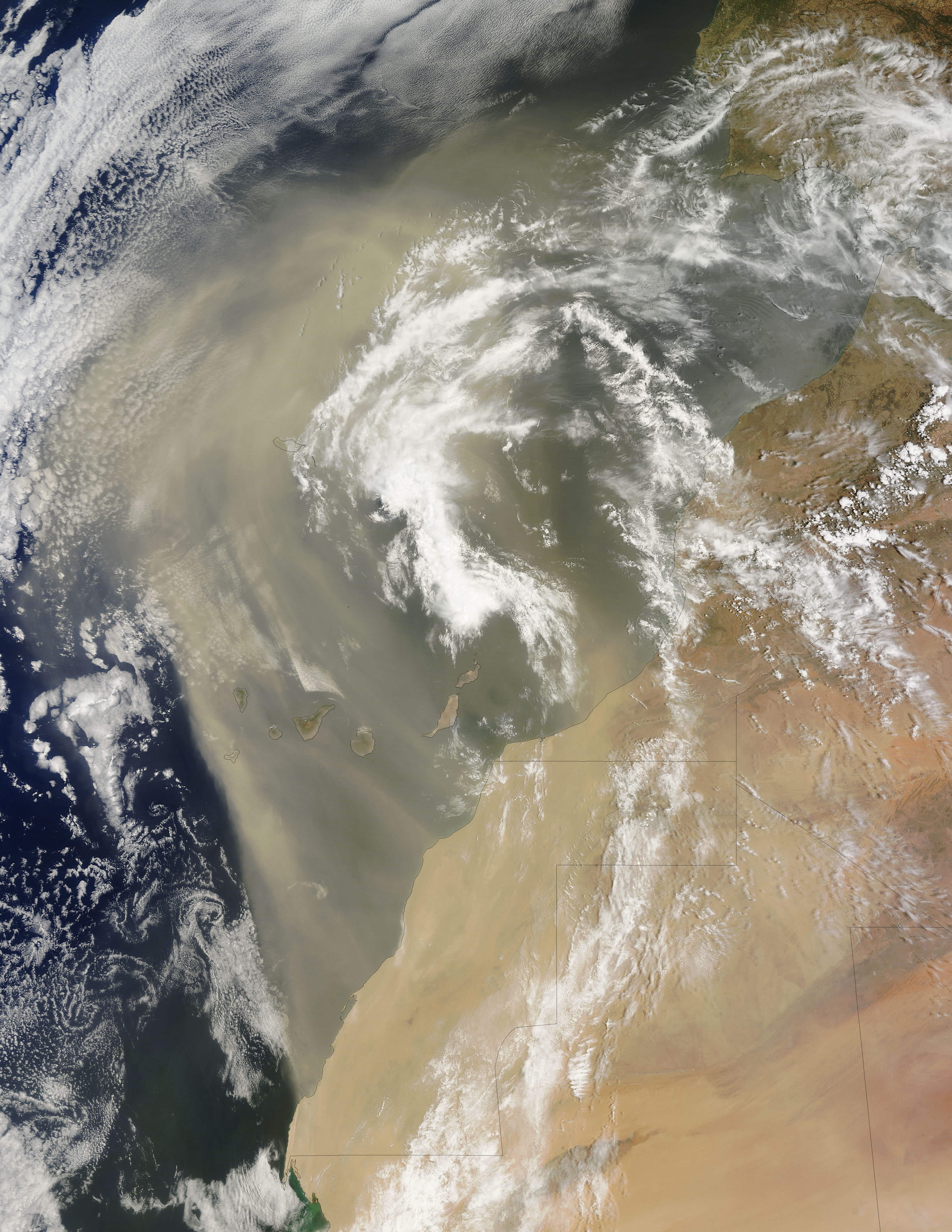 By June 25, 2012, Saharan dust had spread across the Canary Islands and Madeira. The dust started blowing a couple days earlier in Algeria and Mali, and traveled hundreds of kilometers toward the northwest. Over the Atlantic Ocean, the dust made a giant turn toward the east, in the direction of the Mediterranean Sea. The Moderate Resolution Imaging Spectroradiometer (MODIS) on NASA’s Terra satellite captured this natural-color image on June 25. Immediately off the shores of Western Sahara and Morocco, the dust was thin enough to allow a glimpse of the water surface below. Farther away from shore, especially north of the Madeira, the dust was thicker, and mingled with clouds in the west.