By SpaceRef Editor
July 6, 2012
Filed under Earth, MODIS Image of the Day, NASA MODIS Web, US 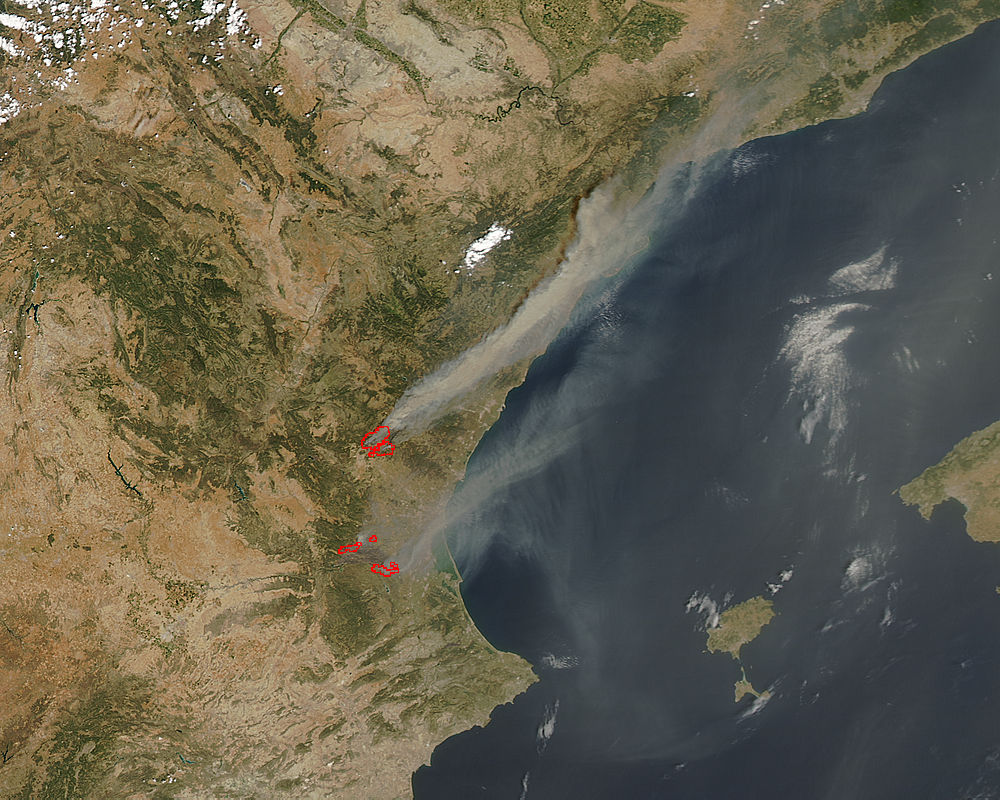 Wildfires burned around Valencia in eastern Spain in late June 2012. As water-bombing aircraft flew overhead, about 3,000 residents were forced to evacuate their homes, news reports said. The fires followed one of the driest winters in decades, and raged amid temperatures in excess of 40 degrees Celsius (104 degrees Fahrenheit), low humidity, and high winds. The Moderate Resolution Imaging Spectroradiometer (MODIS) on NASA’s Aqua satellite captured this natural-color image on June 30, 2012. Red outlines approximate the locations of active fires. The fires burned in rugged, wooded terrain west of Valencia, Agence France-Presse reported, and smoke reached the city on June 30. As this image shows, both fires sent thick smoke toward the northeast, and smoke from the fire southwest of Valencia passed directly over the city. One fire is located in Cortes de Palla and started during the installation of solar panels on a home, according to Agence France-Presse. Another fire is located in Andilla. As many as 111,200 acres (45,000 hectares) have been burned in two different fires. The fires were located about 18 miles (30 kilometers) west of Valencia on Spain’s eastern coast.