NASA MODIS Image of the Day: July 4, 2012 – Fires and smoke in central Russia

By SpaceRef Editor
July 4, 2012
Filed under Earth, MODIS Image of the Day, NASA MODIS Web, US 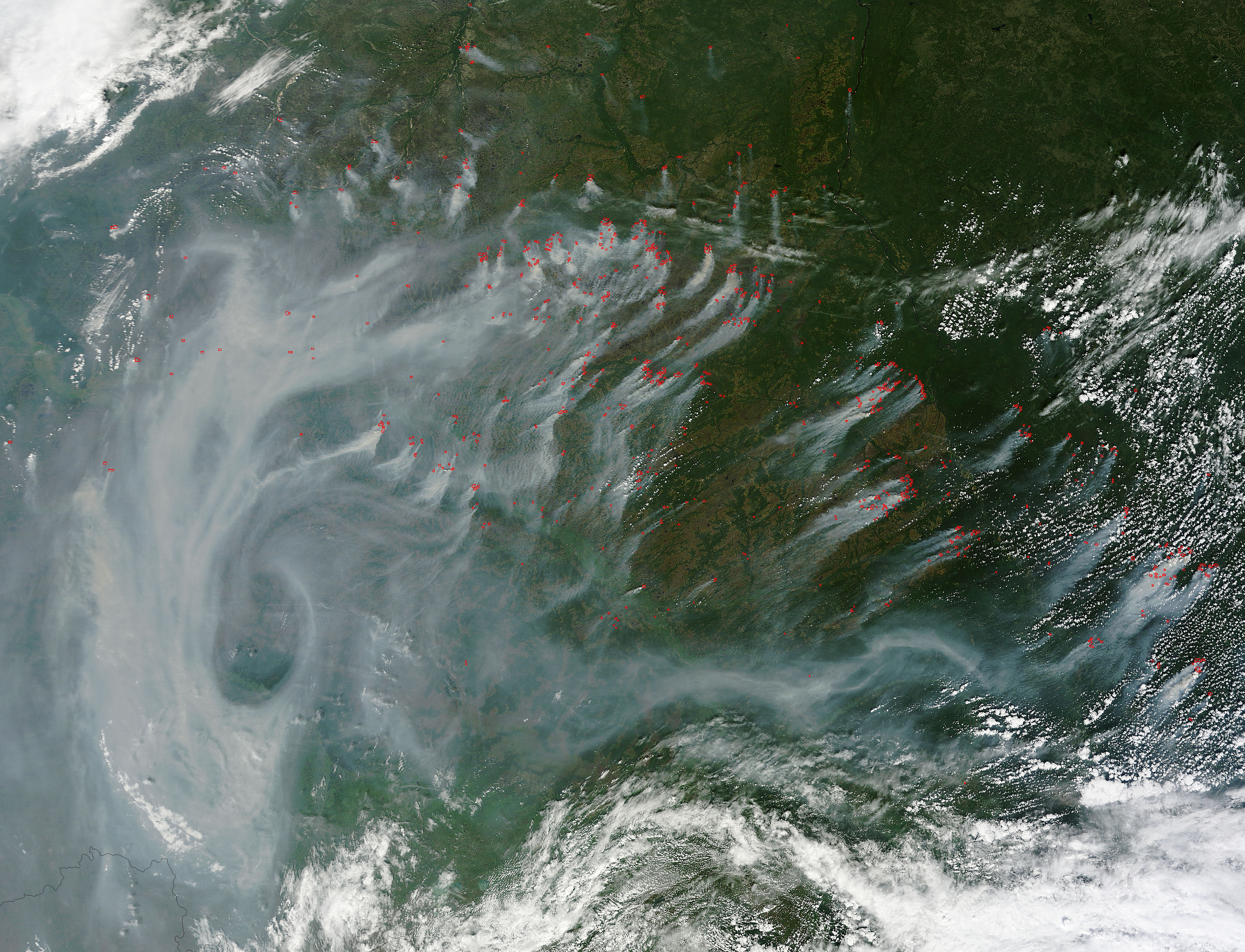 Hundreds of fires continued to burn in central Russia in early July, 2012, belching tremendous quantities of smoke across the region. The Moderate Resolution Imaging Spectroradiometer (MODIS) aboard NASA’s Terra satellite captured this true-color image of the smoke-laden skies on July 3. In this image, most of the fires appear to be burning in Tomsk Oblast and Krasnoyarsk Krai, with other blazes speckling the green land across the entire image. Smoke pours to the southeast, and curls across the Tyumen and Omsk Oblast. Here the smoke it so thick it completely obscures the ground. The density of the smoke and the high number of fires in this region is remarkable, however, many other fires continue to blaze across Russia – far too many to be captured on one MODIS image. On July 3, Interfax reported that 90 wildfires were registered in the past 24 hours in the Russian Far East, 70 of which burned in the Khabarovsk Territory alone.