By SpaceRef Editor
July 2, 2012
Filed under Earth, MODIS Image of the Day, NASA MODIS Web, US 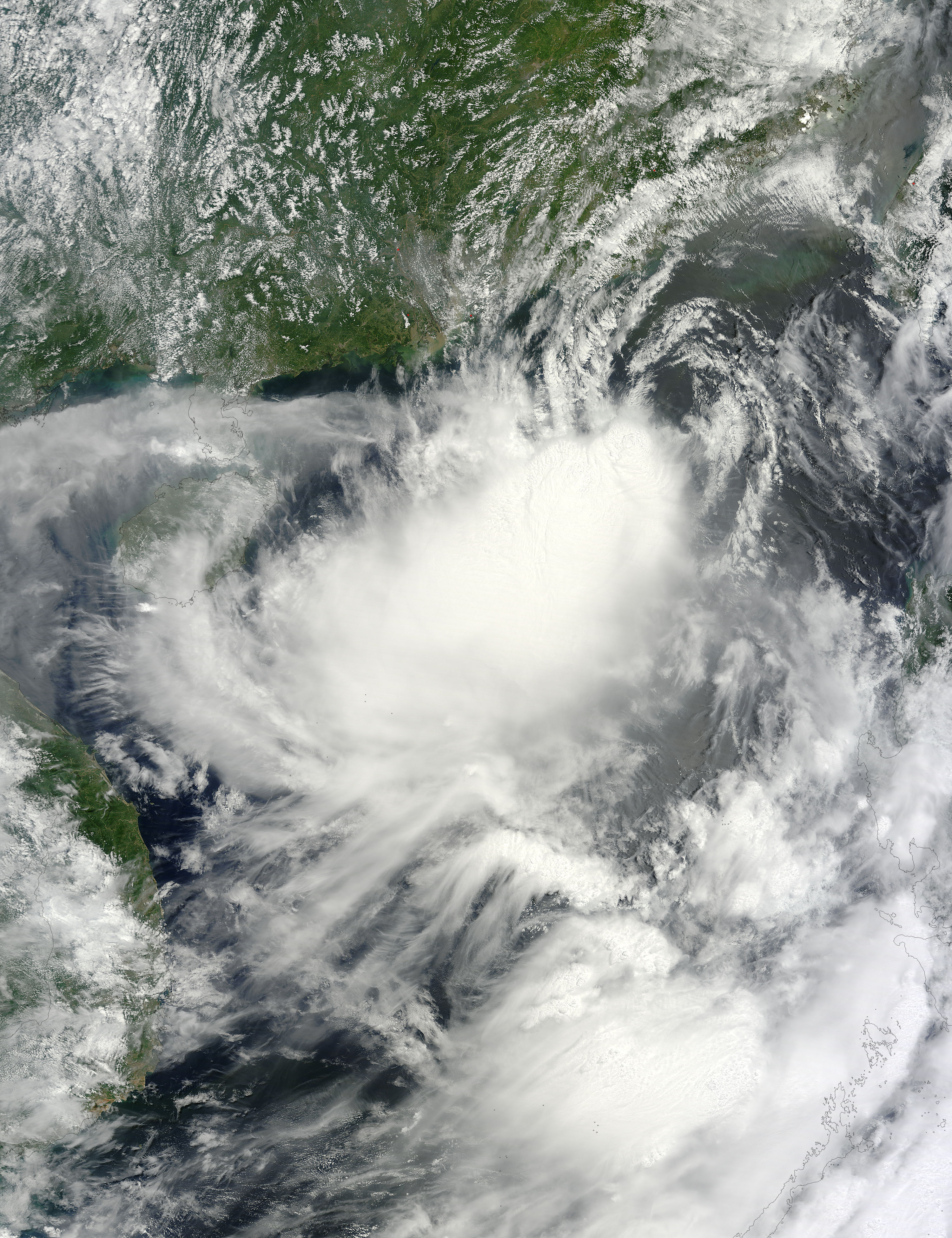 Doksuri formed as a tropical depression over the western Pacific Ocean on June 26, 2012, and strengthened to a tropical storm the same day, Unisys Weather reported. One June 29, 2012, the U.S. Navy’s Joint Typhoon Warning Center (JTWC) reported that Doksuri was located roughly 100 nautical miles (185 kilometers) south-southeast of Hong Kong. The storm had maximum sustained winds of 40 knots (75 kilometers per hour) with gusts up to 50 knots (95 kilometers per hour). The JTWC storm track projected Doksuri continuing its westward movement in the direction of southern China. The Moderate Resolution Imaging Spectroradiometer (MODIS) on NASA’s Terra satellite captured this natural-color image of Tropical Storm Doksuri on June 29, 2012, as the storm hovered over the South China Sea. On June 29, Focus Taiwan reported that Taiwan’s weather bureau had canceled a high-sea warning, but nevertheless cautioned residents about potentially heavy rainfall in eastern and southern Taiwan. Meanwhile, Chinese authorities urged preparation for the storm, also warning of rainfall. Later on the same day, a weakened Doksuri came ashore in Nanshui town in Zhuhai city at 2:30 a.m local time, with winds near its center reaching 56 miles per hour (90 km/hr), according to the Guangdong Meteorological Center. As the storm drifted inland early on June 30, it continued to weaken and was quickly downgraded to a tropical depression. The storm brought heavy rains across the region.