By SpaceRef Editor
July 17, 2012
Filed under Earth, MODIS Image of the Day, NASA MODIS Web, US 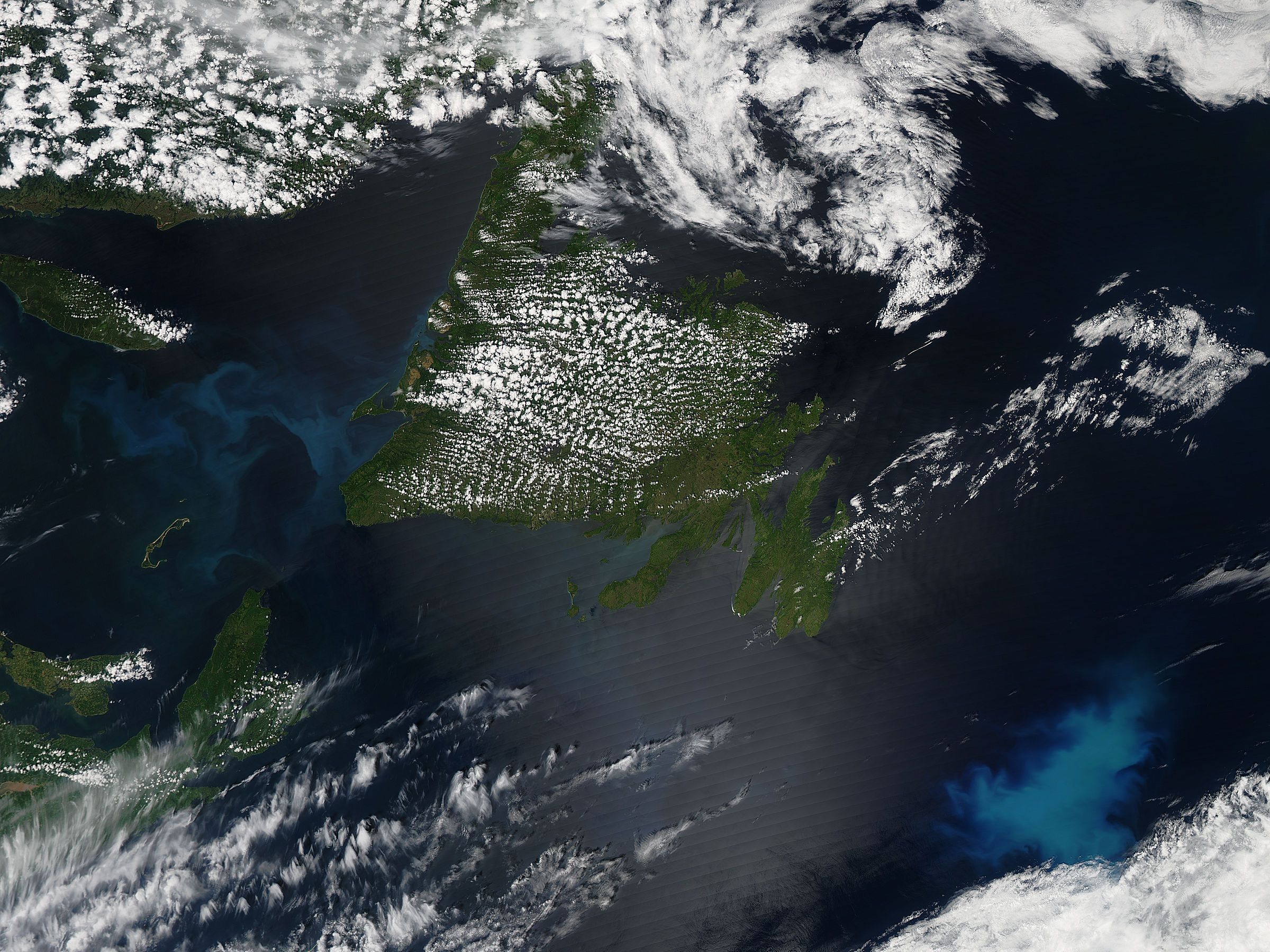 A spring phytoplankton bloom lights up the waters of just off the coast of Newfoundland in mid-July, 2012. Bright aqua and turquoise swirls are found in the Gulf of St. Lawrence, to the southwest of the Newfoundland, while a large milky-blue cloud floats in the North Atlantic Ocean, to the southeast. Between the two a silvery area appears. While phytoplankton may lend some color to the waters in this area, the silvery color is due to sunglint – a phenomenon that occurs where the sun reflects off the surface of the ocean at the same angle that the MODIS sensor views the surface. The parallel stripes found in the sunglint area are also artifact, and not a natural phenomenon. Phytoplankton blooms are common in the North Atlantic, particularly in the spring and summer. Massive blooms of such photosynthetic microorganisms play a role in removing carbon from the surface of the ocean, fixing it during photosynthesis. Such blooms are triggered by the increased light during the lengthening spring and summer days, as well as the mixing of nutrients into warming surface water. A recent study, published July 6 in Science magazine, shows that the initial stratification of the ocean water, which permits the blooming of the phytoplankton near the surface, is caused by surface eddies, which causes slumping of the density gradient. These eddies are shown to result in a patchy type of bloom which begins 20-30 days earlier than would be expected due by ocean warming alone. The Moderate Resolution Imaging Spectroradiometer (MODIS) aboard NASA’s Aqua satellite captured this true-color image on July 11, 2012 at 16:30 UTC (2:00 p.m. local time).