By SpaceRef Editor
July 15, 2012
Filed under Earth, MODIS Image of the Day, NASA MODIS Web, US 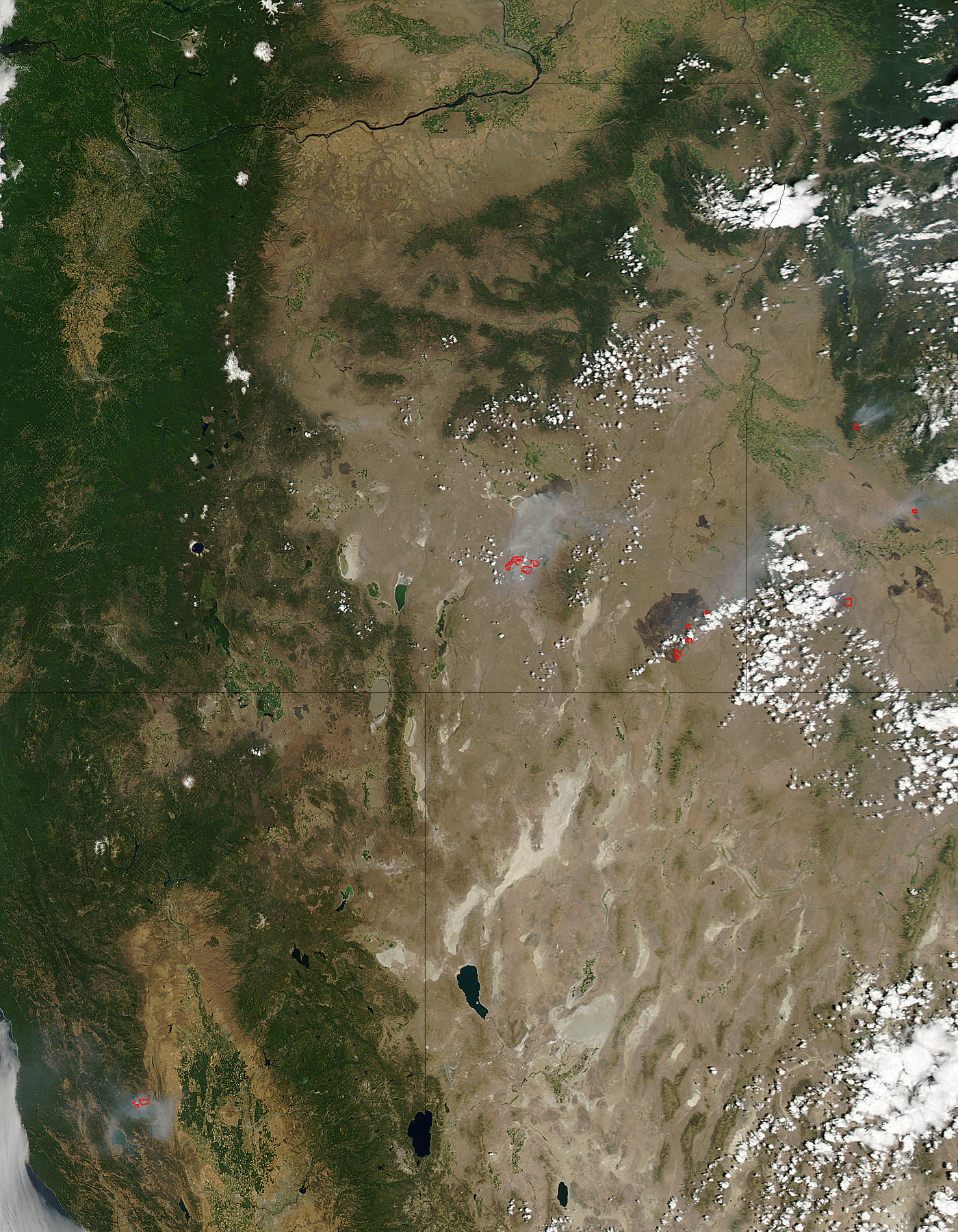 On July 11, high temperatures and strong winds fueled brush fires in eastern Oregon. The Long Draw Fire, located ten miles (16 kilometers) west of Basque, was discovered on July 8, 2012, after a lightning strike. By the morning of July 12, the fire was 60 percent contained, but it had charred 515,674 acres (nearly 806 square miles) of short grass and sagebrush. The Miller Homestead fire, about 60 miles to the northwest, started on the same day and had burned 156,391 acres by July 14. The Moderate Resolution Imaging Spectroradiometer (MODIS) on NASA’s Aqua satellite captured this image of the fires on July 11, 2012. Red outlines indicate hot spots where MODIS detected unusually warm surface temperatures associated with fires. Land surfaces covered by dry vegetation appear in tan. Green areas are irrigated or near bodies of water. The Long Draw fire’s burn scar is gray. Clouds obscure most of the smoke from Long Draw fire, but a large cloud of smoke is visible north of the Miller Homestead fire. In Idaho, the Jacks, Kinyon Road and C Wildfire show heat signatures. The largest, the Kinyon Road fire, began on July 7 as lightning struck sage and dried brush about 8 miles southwest of Castleford. By July 14, that fire was 95% contained, but had consumed 234,914 acres. California also suffered from multiple blazes in July. In this image, the Mill Fire can be seen. Ignited on July 7, by July 14 the Mill Fire had destroyed 25,578 acres in the Mendocino National Forest. On that date, eight fires were burning in California, six wildfires and two prescribed burns.