By SpaceRef Editor
July 13, 2012
Filed under Earth, MODIS Image of the Day, NASA MODIS Web, US 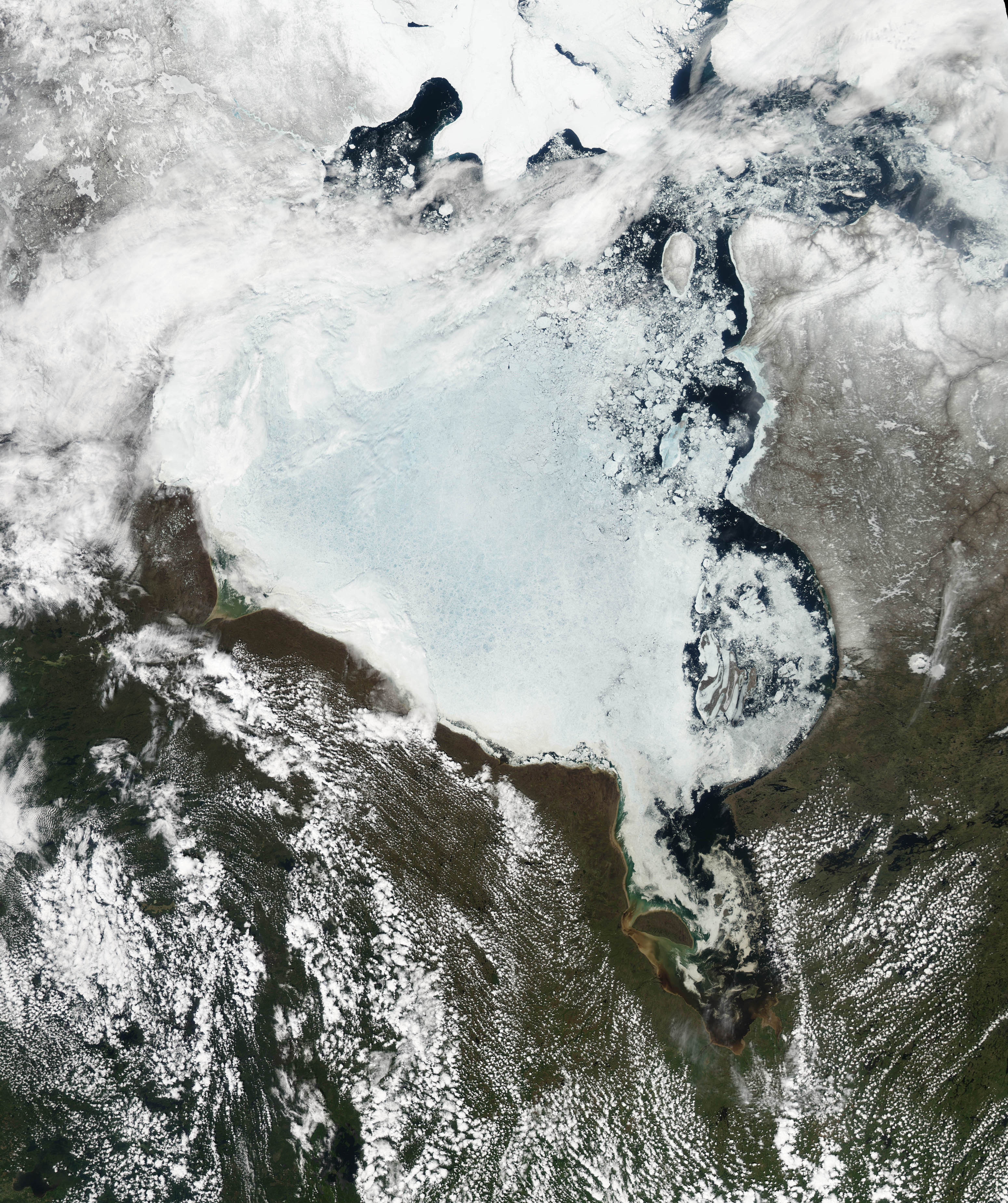 When Northern Hemisphere sea ice reaches its maximum extent each winter, it also covers Hudson Bay in northeastern Canada. In summer, warm temperatures and long hours of sunlight cause ice to retreat dramatically in the Arctic Ocean; yet some persists all through the summer. Not so in Hudson Bay. Its ice starts to retreat in May, and often melts out completely sometime in July. The Moderate Resolution Imaging Spectroradiometer (MODIS) on NASA’s Aqua satellite observed ice retreat in the Hudson Bay in 2012. These images show the southeastern corner of Hudson Bay on June 5 (top) and April 6 (rollover). These images have been rotated so that north is to the right. By June 2012, snow has melted and ice has retreated, leaving Akimiski Island (left) and the Belcher Islands (right) easier to spot. The ice in Hudson Bay has taken on a bluish tinge, likely due to waterlogging and surface melt. Note that ice has moved into some areas where it had not appeared in early April (for instance, south and west of the Belcher Islands). The ice isn’t spreading, it’s simply moving and, when broken into small pieces, can drift easily. Unlike two months earlier, areas of open water result from melt. In early April 2012, snow blankets most of the land and sea ice coats the water in the bay. The ice is not a uniform sheet of frozen material. Instead, pieces of varying sizes drift with winds and currents. Breaks in the ice allow glimpses of darker open water, some of which owe their existence to winds pushing ice away from shore. Since the 1970s, the timing of sea ice breakup in Hudson Bay has changed, with melting earlier in the spring. This trend is strongest in the western part of the bay. A modeling study projected that future warming in this region could bring further changes, reducing the duration of ice-covered conditions by seven to nine weeks per year. The changes were likely to be the most pronounced in southeastern Hudson Bay and James Bay.