By SpaceRef Editor
July 10, 2012
Filed under Earth, MODIS Image of the Day, NASA MODIS Web, US 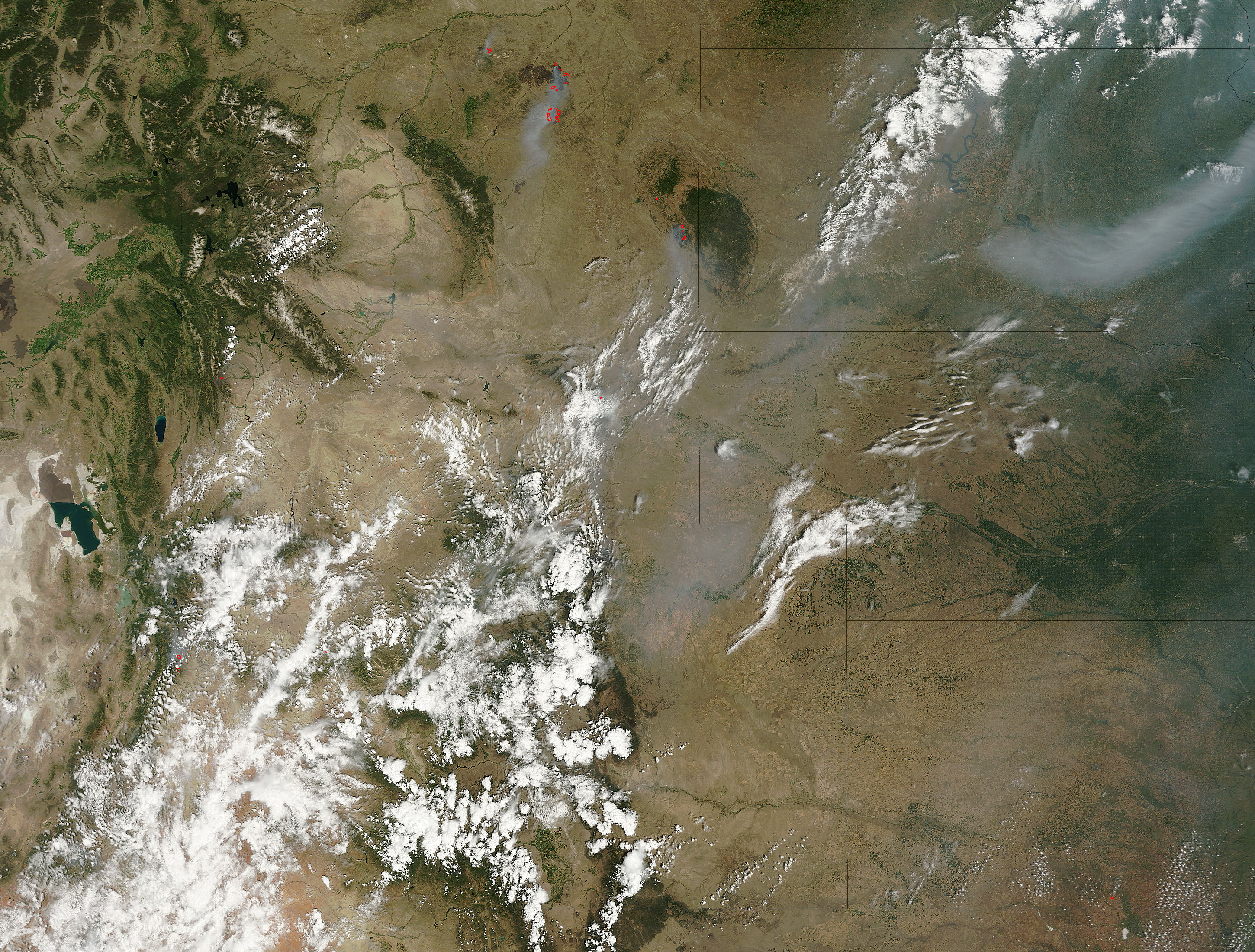 Fires continued to burn across the western United States on July 4, 2012, as a heat wave continued to span the central portion the United States. The Moderate Resolution Imaging Spectroradiometer (MODIS) aboard NASA’s Terra satellite captured this true-color image on that same day at 18:00 UTC (12:00 noon local time). In this image, several “hotspots” have been marked in red. These represent areas where the MODIS instruments detected heat signatures higher than background. When combined with rising smoke plumes, these hotspots generally indicate actively burning fires. Smoke appears as a very light tan color, and brisk winds blow the smoke to the south-southwest. A wide river of smoke also runs from Colorado’s Rocky Mountains northeast through Nebraska and South Dakota. This smoke likely arises from the Waldo Canyon and High Park Fires, which continued to burn on July 4. It may also be fed by the other wildfires in the region. Multiple fires can be seen burning in eastern Montana. The largest of these, the Ash Creek Complex Fire is burning in the Custer National Forest. As of July 9, it had burned 249,567 acres, up from 170,000 acres on July 2, and was 85% contained, according to Inciweb.org. South of the border, the Oil Creek Fire in Newcastle, Wyoming had consumed 62,318 acres as of July 9 and was reported as 95% contained. In Utah, southeast of the Great Salt Lake, both the Seeley and the Church Camp fire continue to consume acreage. The Seeley fire had burned 47,522 acres by July 9, and the Church camp had destroyed 7,211. Since this image was captured, weather has begun to help firefighting efforts. Lower temperatures, combined with rain across the region and reduced winds have allowed most of these fires to be brought under containment.