By SpaceRef Editor
January 7, 2013
Filed under Earth, MODIS Image of the Day, NASA MODIS Web, US 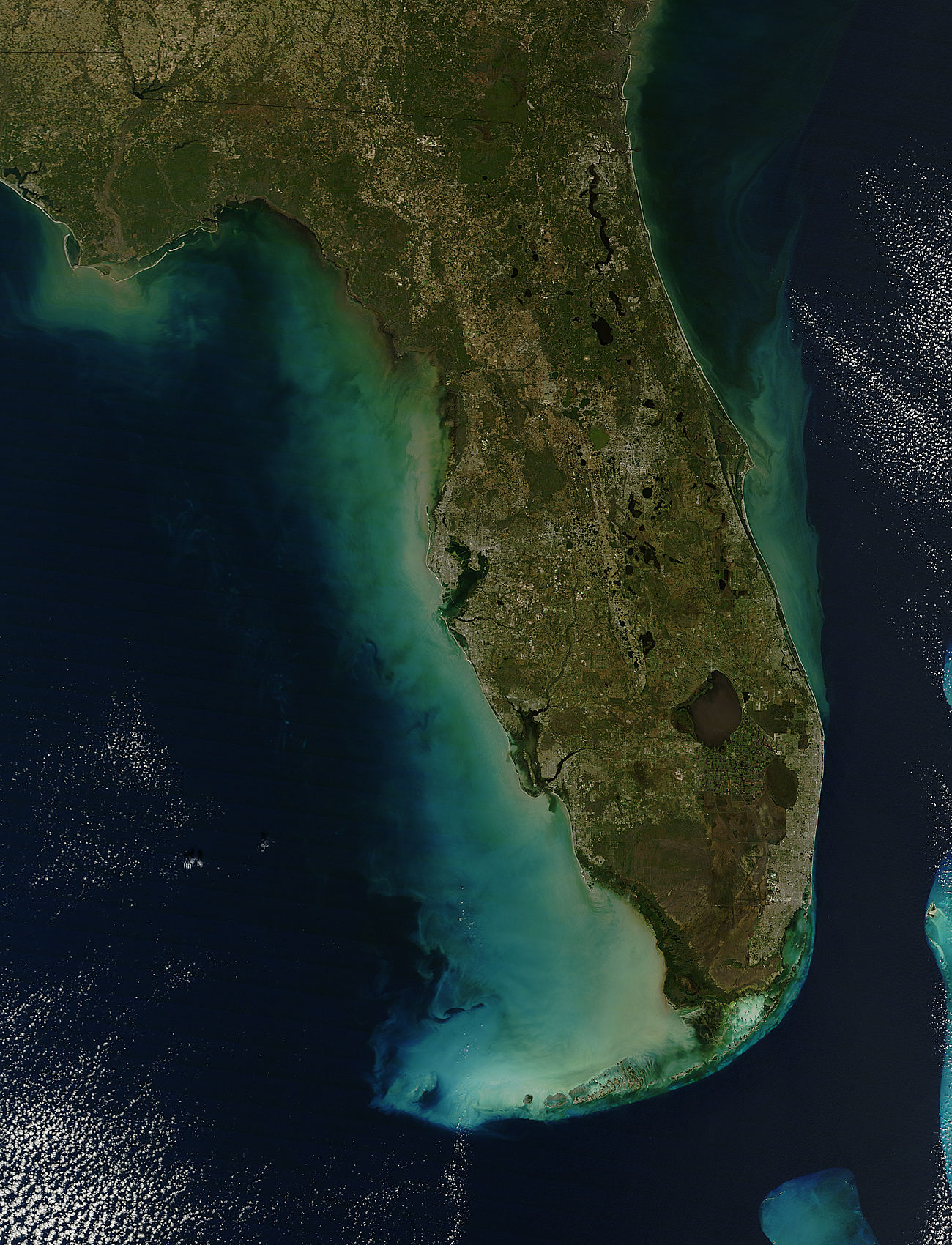 The southern state of Florida was decked out in winter-green colors while coastal waters glowed with vibrant blues and greens in late December, 2012. The Moderate Resolution Imaging Spectroradiometer (MODIS) aboard NASA’s Terra satellite captured this true-color image on December 22 as it passed over the region. A gray band runs across the eastern tip of Florida. This is the heavily populated metropolitan area that begins in West Palm Beach in the north and ends near Homestead. The Miami-Dade metro area sits in the southern section of this block of civilization, just west of Biscayne Bay. South and west of this area the wetlands that make up the Everglades appear as muddy green. Further north, the round body of water is Lake Okeechobee. The brilliant colors off the coast are evidence of flourishing phytoplankton, small organisms that contain chlorophyll and reproduce rapidly when conditions are favorable. In addition to the normally harmless phytoplankton, southwestern Florida waters are home to Karenia brevis – an algae that causes “red tide”. This single-celled algae, which normally occurs in very low concentrations off the southwest coast of Florida, is toxic when concentrations increase to about 5,000 cells per liter. At this level, the toxins they emit (brevetoxins) build up in shellfish and people consuming these shellfish can become sick. At higher concentrations, the brevetoxins can become aerosolized and cause respiratory irritation in humans, reptiles and other animals. On December 21, the Florida Fish and Wildlife Commission reported that a bloom of Karenia brevis, continued in southwestern Florida. According to local reports, fish kills occurred in late December in Sarasota and Charlotte counties due to red time. Deaths of several Florida manatees have also been connected to this outbreak.