By SpaceRef Editor
January 6, 2013
Filed under Earth, MODIS Image of the Day, NASA MODIS Web, US 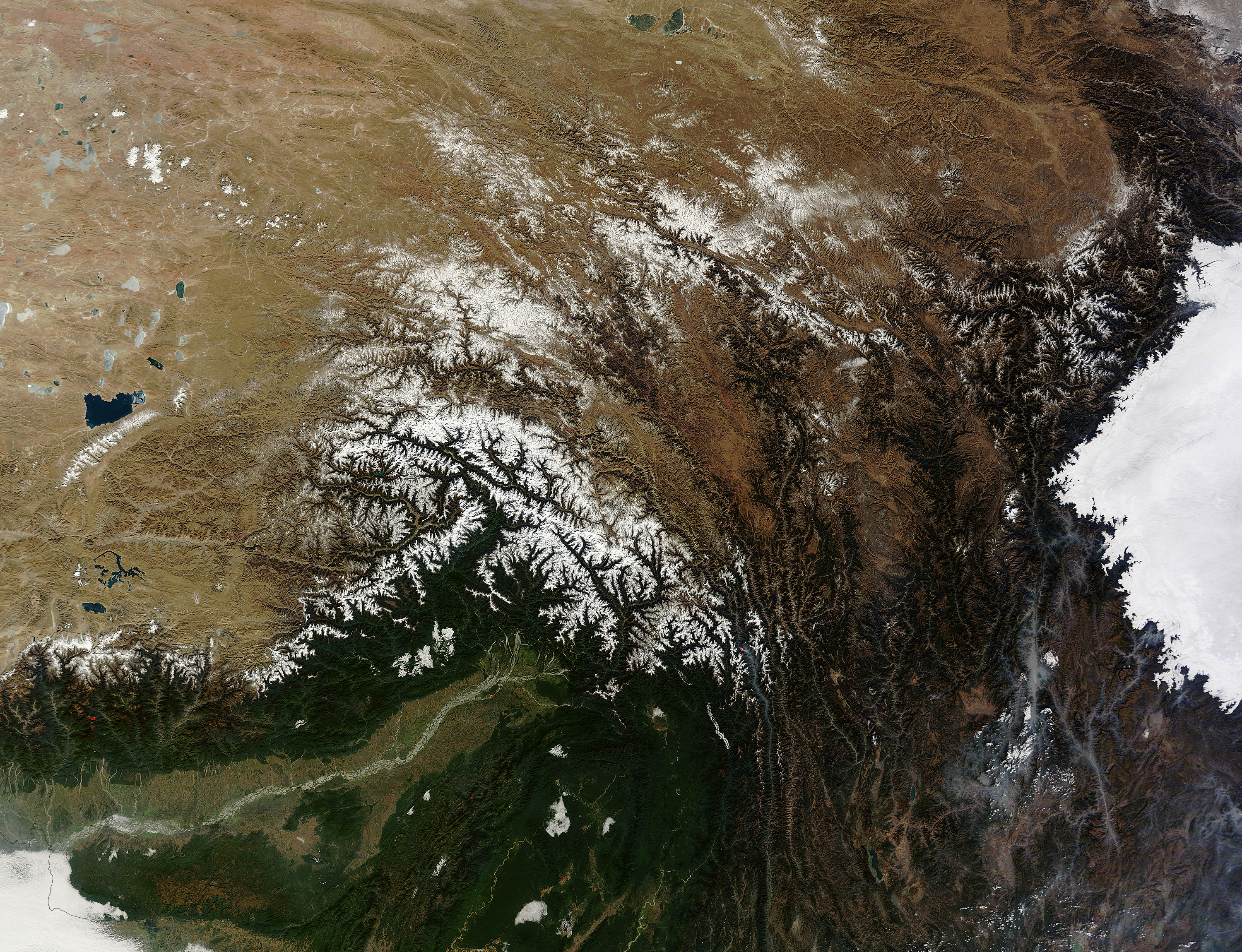 The Moderate Resolution Imaging Spectroradiometer (MODIS) aboard NASA’s Terra satellite passed over China on December 26, 2012 and captured this true-color image of a beautifully clear day in the Tanggula Range. The Tanggula Mountains are seated at the border of Qinghai and Tibet, China and make a tall boundary, with the main ridge averaging more than 5,000 meters in elevation. Glaciers cover the mountain tops, and snow is abundant in winter. The large river rising from the mountains is the Bhramaputra River, which has headwaters in a glacier on the northern side of the mountains. It then flows through Arunachal Pradesh, India, and joins the Ganges River in Bangladesh to form the world’s largest river delta in the Bay of Bengal. The large lake visible in the northwest section of the image is Namco Lake, also known as Namtso Lake. Located in Tibet, and covering an area of 1920 square kilometers, it is the second largest salt water lake in China (after Qinghai Lake), and the highest salt water lake in the world. A popular tourist destination, the name is said to mean “The Heaven Lake” or “the God’s Lake”, and considered a holy place in Buddhism.