NASA MODIS Image of the Day: January 5, 2013 – Snow in Korea and eastern China

By SpaceRef Editor
January 5, 2013
Filed under Earth, MODIS Image of the Day, NASA MODIS Web, US 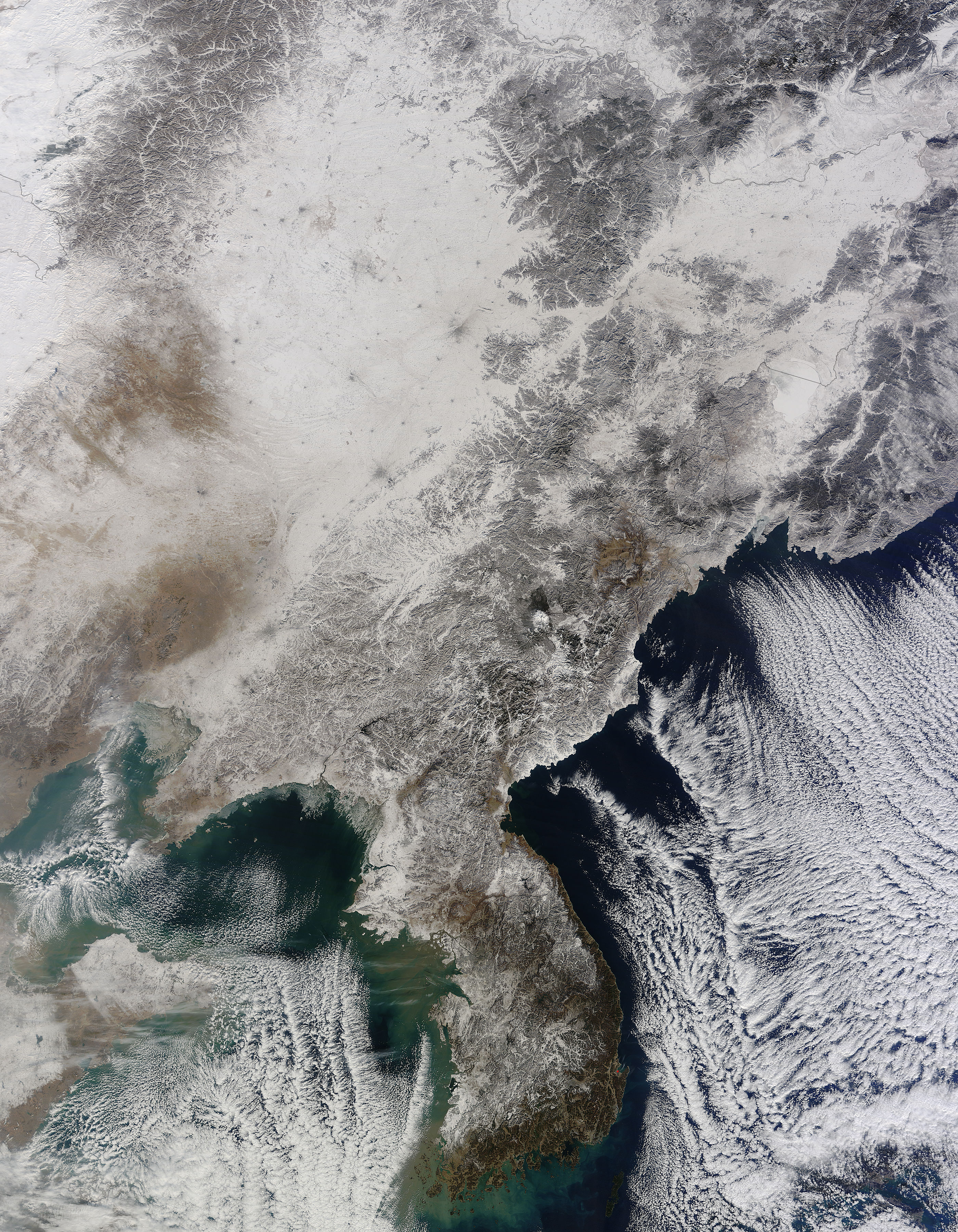 A cold wave hit China in late December, 2012, bringing heavy snow and dropping temperatures all across China, eastern Russia and the Korean Peninsula. According to China Central Television, Xinjiang Uygur Autonomous Region, Inner Mongolia Autonomous Region, north China and northeast China were the regions hardest hit, with as heavy snow falling in northwest Xinjiang as temperatures dropped 8°C (14.5°F) as the front passed on December 26. In Inner Mongolia, dense fog accompanied the storm, with temperatures as low as -39°C (-38.2°F) reported. The Moderate Resolution Imaging Spectroradiometer (MODIS) aboard NASA’s Terra satellite captured this true-color image of the region on at 0225 UTC (10:25 a.m. China Standard Time) December 26. The skies have cleared, to reveal a landscaped shrouded in white. Clouds remain over the waters offshore, and form cloud streets over the Sea of Japan off of Primorsky Krai, Russia. China is the country in the center of the image, while North Korea is north on the Korean Peninsula, and South Korea on the tip of the Peninsula.