By SpaceRef Editor
January 4, 2013
Filed under Earth, MODIS Image of the Day, NASA MODIS Web, US 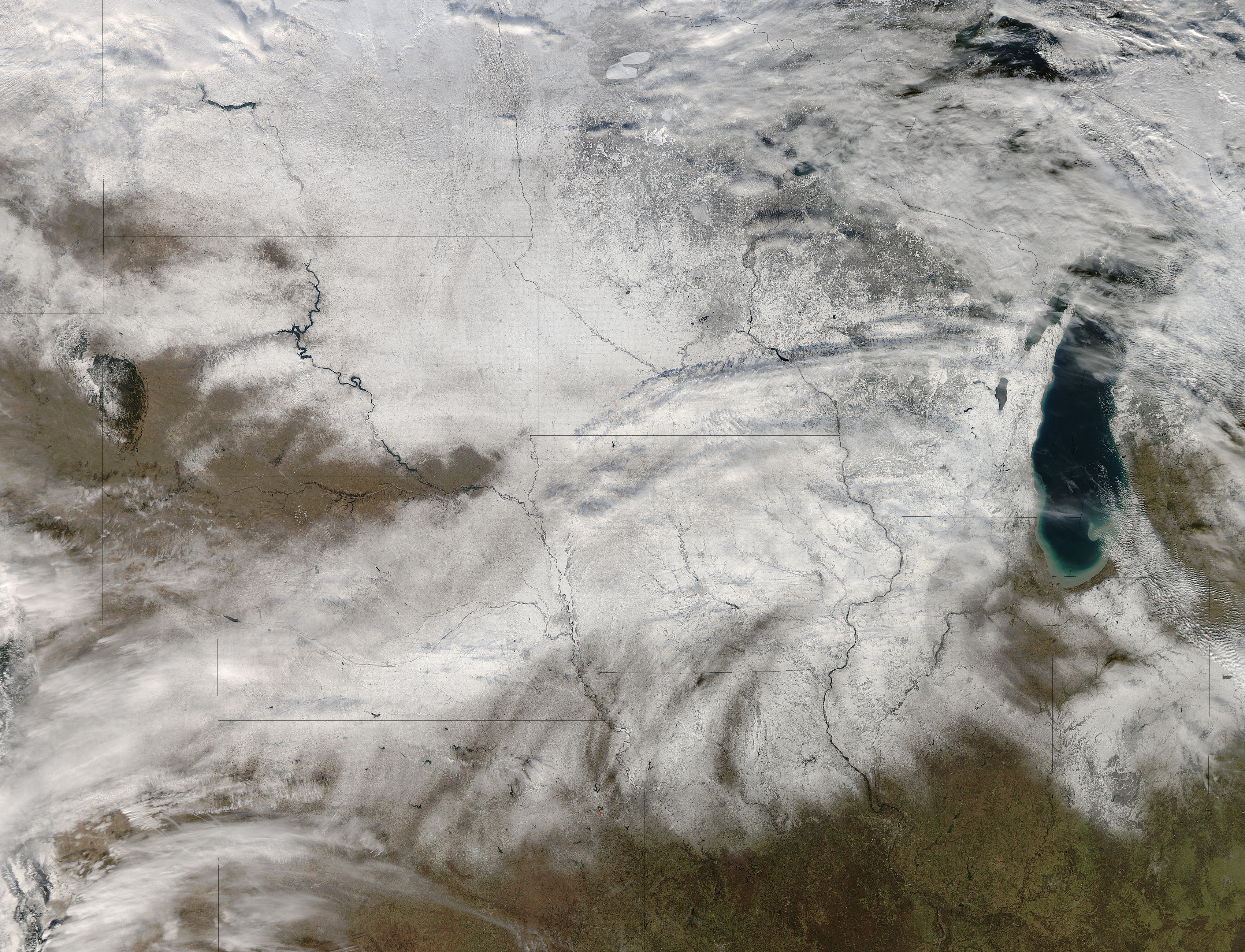 A hard-hitting winter storm blew across much of the United States in mid-December, 2012, bringing blizzard conditions from Colorado to Wisconsin. From December 17 to 22 strong winds of 50-60 mph and heavy snow paralyzed parts of the central United States, particularly along a line from Des Moines to Dubuque, Iowa where over a foot of snow fell on December 19 -20. According to the National Weather Service, the heavy snow and wind that pounded the region was the result of several different factors that came together perfectly. The heavy band of snow was created by a combination of lift, moisture and instability. Lift was supplied by a deepening and negatively tilting upper level trough and in the lower levels by strong frontogenesis (intensification of the front). Moisture was present throughout the lower troposphere, with the relative humidity with respect to ice at or over 100%. Instability in the lower troposphere helped accelerate upward moving particles, helping create snow and wind. Convective (or upright) instability also appeared, causing the growth of convective towers that generated lightening, creating the phenomenon of “thunder snow”. The Moderate Resolution Imaging Spectroradiometer aboard NASA’s Aqua satellite captured this true-color image on December 22, after the storm had passed. A wide swath of snow can be seen affecting parts of fifteen states. From north to south, and west to east these states are Montana, Wyoming and Colorado; North Dakota, South Dakota, Nebraska and Kansas; Minnesota, Iowa and Missouri, Wisconsin and Illinois; Michigan and Indiana. A small part of western Ohio is also visible, and covered in snow. Lake Michigan appears blue, with the waters not yet frozen. In Minnesota, however, Red Lake and Upper Red Lake are covered with ice, and appear bright white.