By SpaceRef Editor
January 28, 2013
Filed under Earth, MODIS Image of the Day, NASA MODIS Web, US 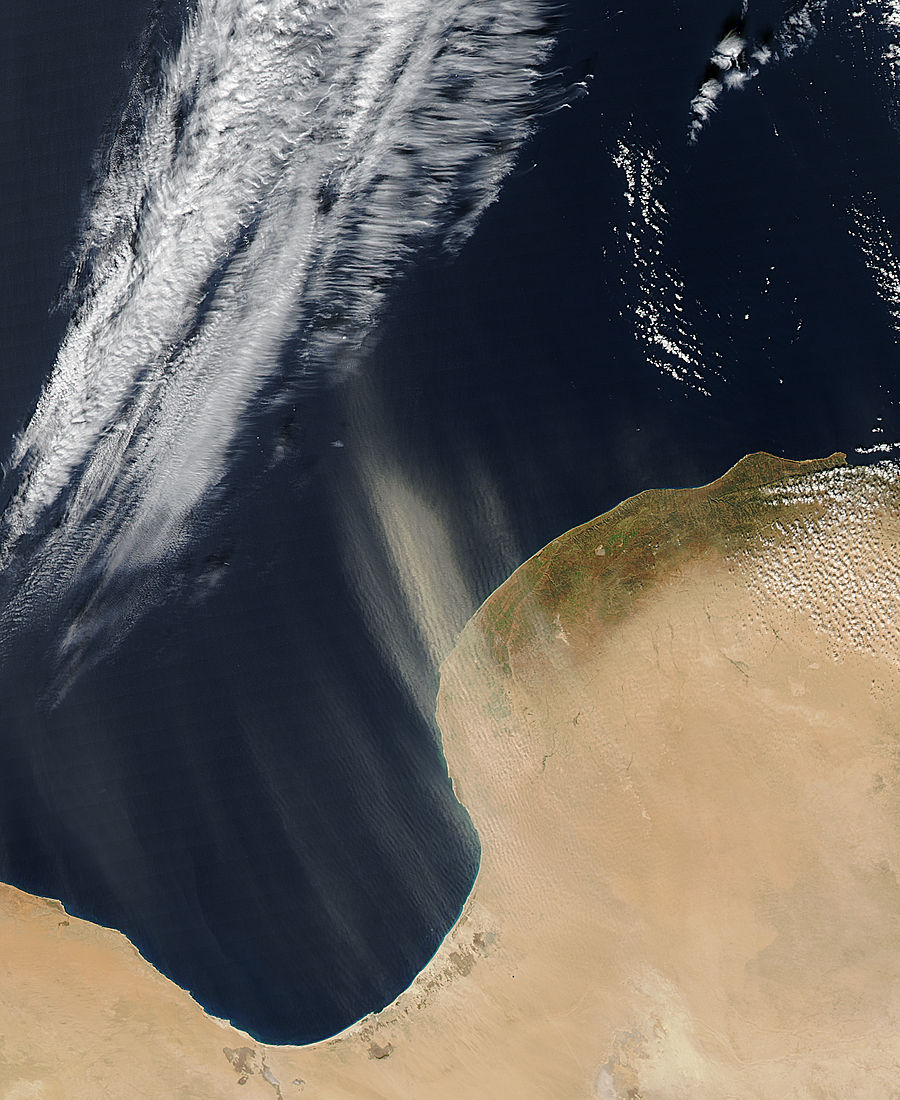 Dust plumes blew over Banghazi (Benghazi) in mid-January 2013. The Moderate Resolution Imaging Spectroradiometer (MODIS) on NASA’s Aqua satellite captured this natural-color image on January 15, 2013, as plumes blew toward the north-northwest over the coastal city. Away from the coast, which enjoys a Mediterranean climate, the Libyan landscape consists largely of sand seas. Only about 1 percent of the land is arable, and dust storms rank among the country’s leading natural hazards.