By SpaceRef Editor
January 27, 2013
Filed under Earth, MODIS Image of the Day, NASA MODIS Web, US 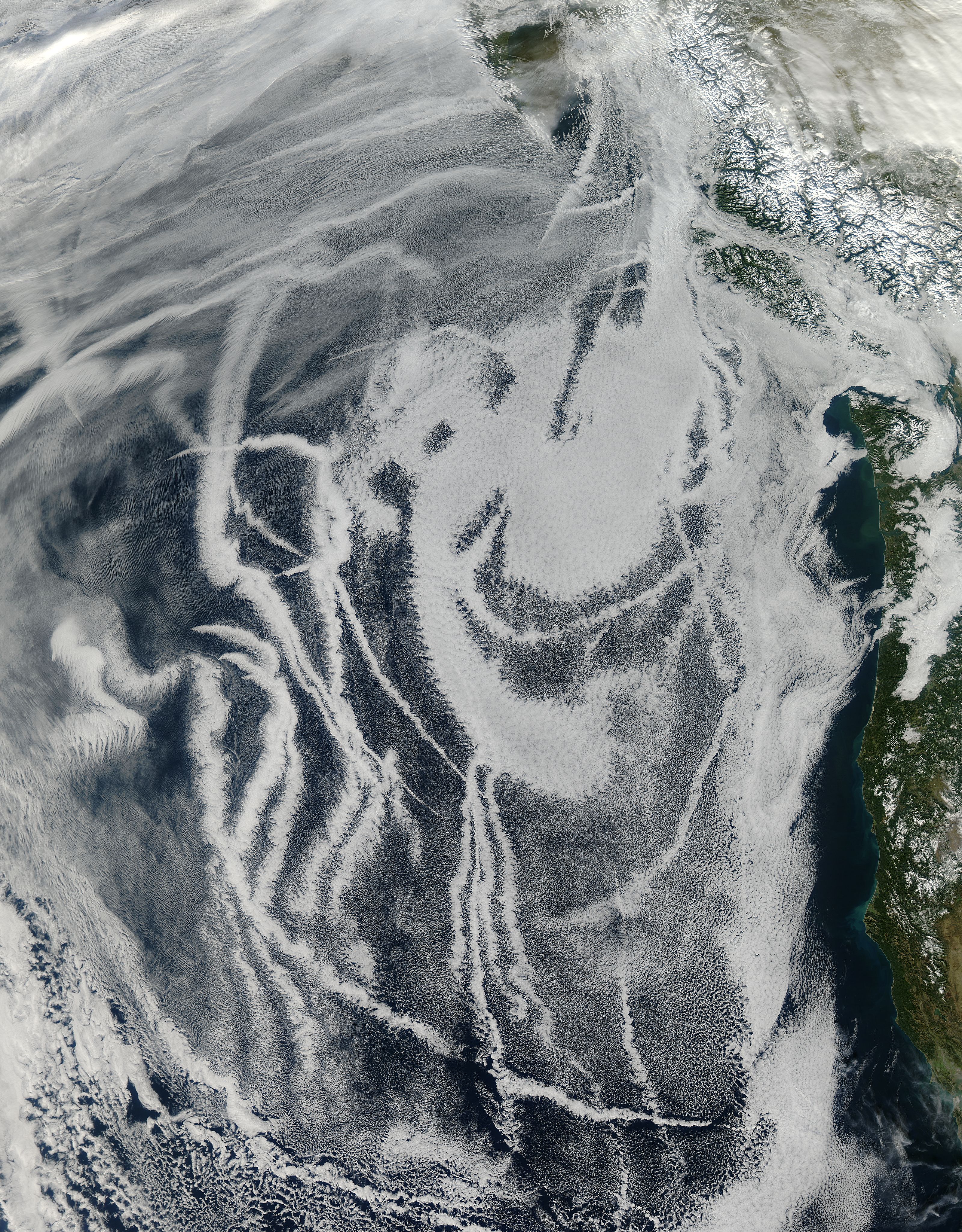 Serpentine cloud shapes snaked across the eastern Pacific Ocean in mid-January 2013. The Moderate Resolution Imaging Spectroradiometer (MODIS) on NASA’s Aqua satellite captured this natural-color image on January 15, 2013, showing an area off of the west coast of the United States and Canada. Amidst the natural marine clouds southwest of Vancouver Island were long, thin, manmade clouds, many of them arising from small source points. The thin clouds were ship tracks—clouds seeded by particles in ship exhaust. Tiny airborne particles (aerosols) act as nuclei or seeds for cloud formation, as water vapor condenses onto them. The aerosol particles may be natural—such as desert dust or sea salt—or artificial, including the particles emitted by ships. The particles in ship exhaust are more abundant than natural airborne particles such as sea salt, so they generate more and smaller cloud droplets. Because of this, ship tracks tend to be brighter than other clouds. Water droplets are essentially tiny spheres, and a smaller sphere has a greater surface-to-volume ratio than a bigger sphere. In other words, a littler droplet has a greater surface area, relative to its volume, than a bigger droplet. The greater surface area means more sunlight reflected back into space. So ships can have opposing effects. While the carbon dioxide from the combustion of fossil fuel that powers many ships warms Earth’s climate, the enhanced reflection of sunlight in ship tracks helps cool Earth’s climate.