By SpaceRef Editor
January 25, 2013
Filed under Earth, MODIS Image of the Day, NASA MODIS Web, US 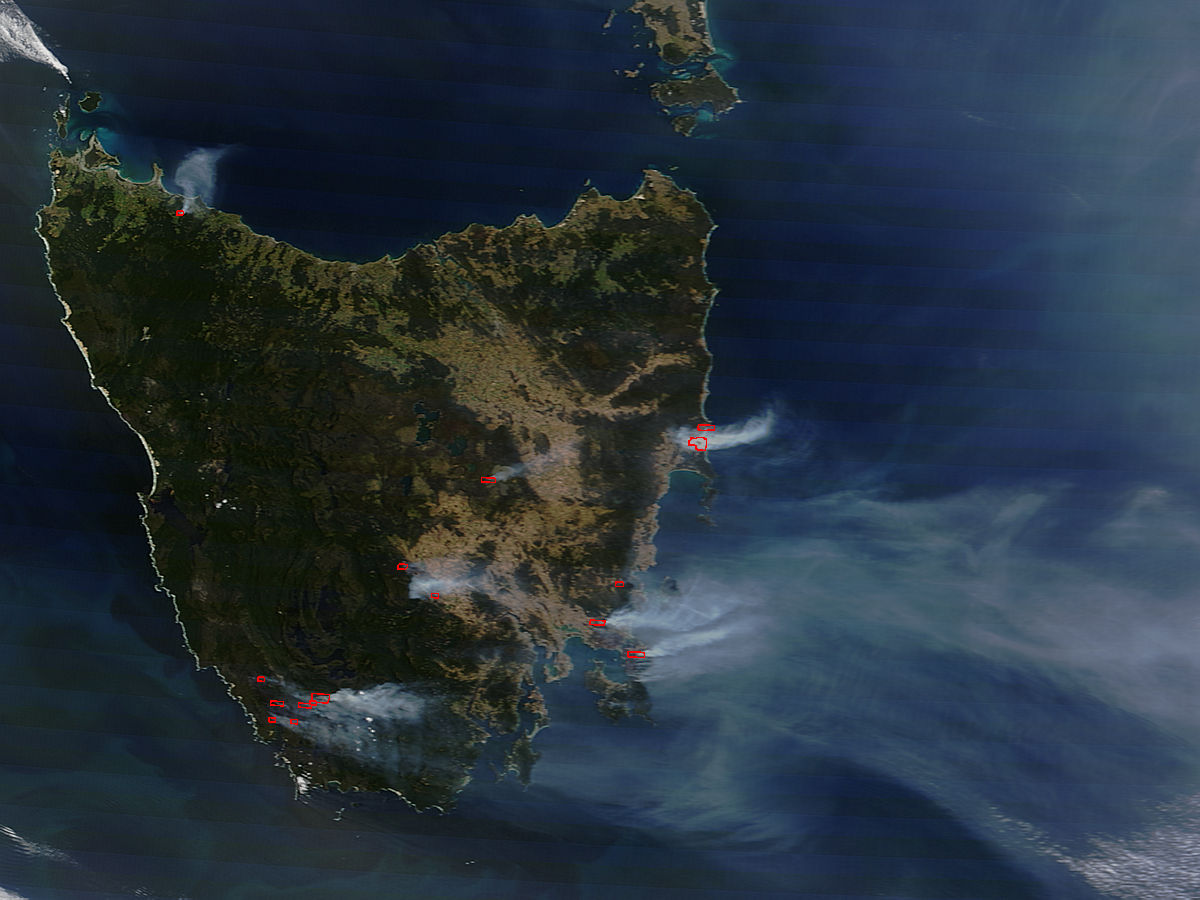 NASA’s Terra satellite passed over the island state of Tasmania, Australia on January 6, 2013 and noticed several areas of burning fires and smoke plumes. Tasmania is experiencing a blistering heat wave and dry conditions provided fuel for several fires across the island. The Moderate Resolution Imaging Spectroradiometer (MODIS) instrument that flies onboard NASA’s Aqua satellite captured an image of smoke and fires burning on that same day at 2355 UTC (10:55 a.m. Jan. 8, local time/Tasmania). The multiple red pixels are heat signatures (red) detected by MODIS. The smoke is colored light brown. One plume of smoke appears to be coming from the Great Western Tiers Conservation Area, which lies north of Lake Sorell and Lake Crescent (central inland region of Tasmania). Southwest of that location is another satellite-spied plume of smoke and red hot spots at Lake Repulse. Australian Broadcasting Corporation news reported on January 7 that two bushfires at Lake Repulse in the Upper Derwent Valley and Forcett on the Tasman Peninsula were causing concern. Another smoke plume appears in the northwestern corner of Tasmania near Wynyard and Burnie along the northern coast. Several fires are occurring in Southwest National Park, in the extreme southwest. On the eastern side of the island, several fires were also detected by the MODIS instrument near Bincheno. According to ABC news on January 7 the fire at Bincheno on the east coast was downgraded to advice level. The Half Moon Bay area had been ravaged by bushfires. On January 4, Hobart, Tasmania hit a high temperature of 107°F (41.8°C). Fires are also burning in New South Wales, South Australia, Queensland and Victoria.