By SpaceRef Editor
January 23, 2013
Filed under Earth, MODIS Image of the Day, NASA MODIS Web, US 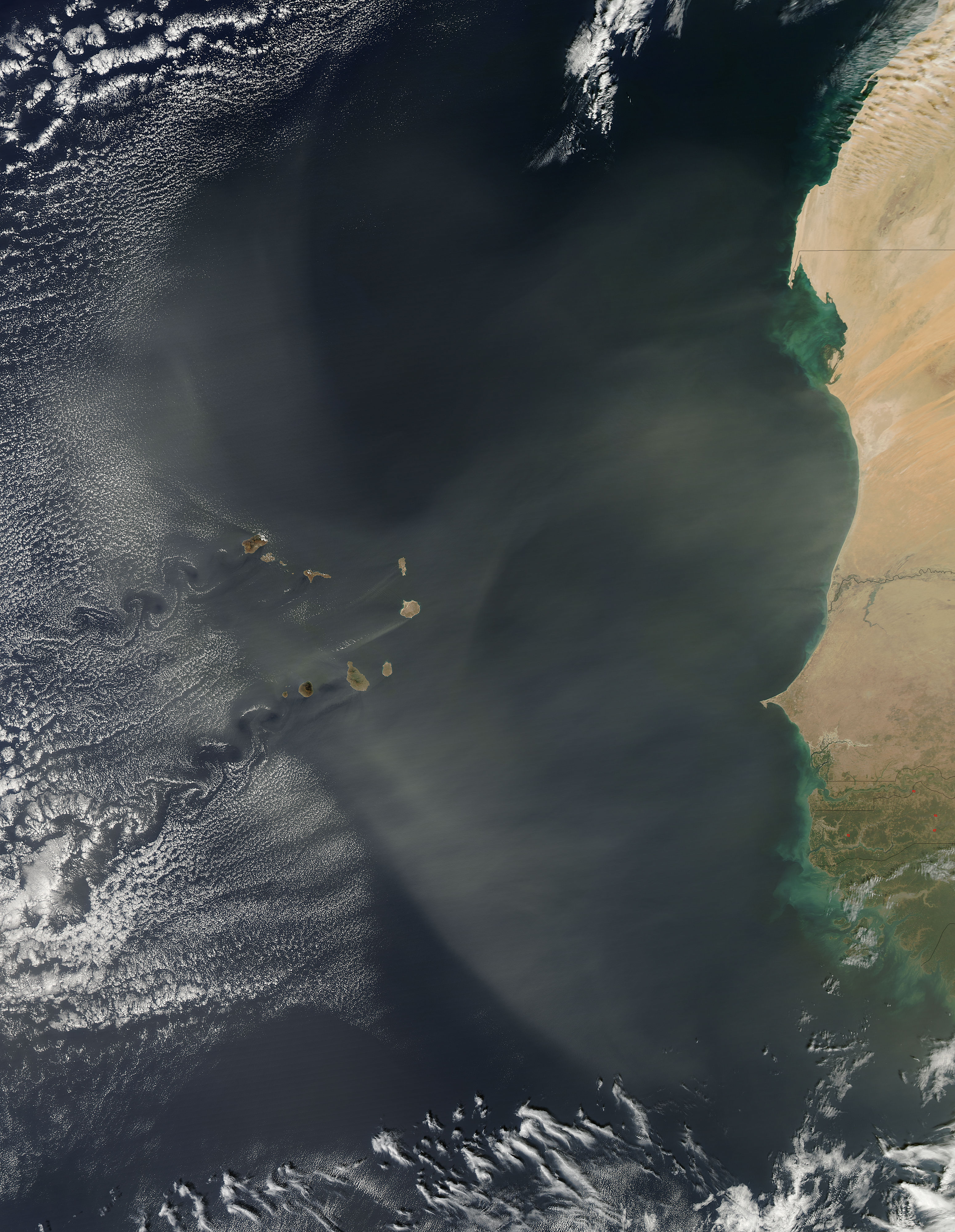 Dust continued to blow off the coast of West Africa in early January 2013, following a typical pattern of intermittent dust-storm activity in the region. The Moderate Resolution Imaging Spectroradiometer (MODIS) aboard NASA’s Aqua satellite captured this true-color image on January 8. In this image, black borderlines have been overlaid to show country boundaries. From the north to the south, the countries shown are Western Sahara, Mauritania, Senegal, The Gambia, and Guinea-Bissau. A veil of dust pours from Mauritania and over Senegal and stretches westward over the Atlantic Ocean well past the islands of Cape Verde. The strength of the wind blowing from northeast to southwest across the region makes itself evident in this image, both by the amount of dust carried aloft and by the visible wakes left on the lee side of the Cape Verde Islands. Known as von Karman vortices, such swirls form as stiff winds blow against immobile bluff bodies. As the forward motion of the wind is suddenly stopped, the rushing air is forced around the stationary object in a predictable fashion which leaves a beautiful pattern behind. Large seas of sand cover most of Mauritania and parts of Western Sahara. Some of the dust might have arisen in Mauritania, but also may have traveled from farther inland, such as Mali. Dust-choked winds are recurring natural hazards in this region.