By SpaceRef Editor
January 2, 2013
Filed under Earth, MODIS Image of the Day, NASA MODIS Web, US 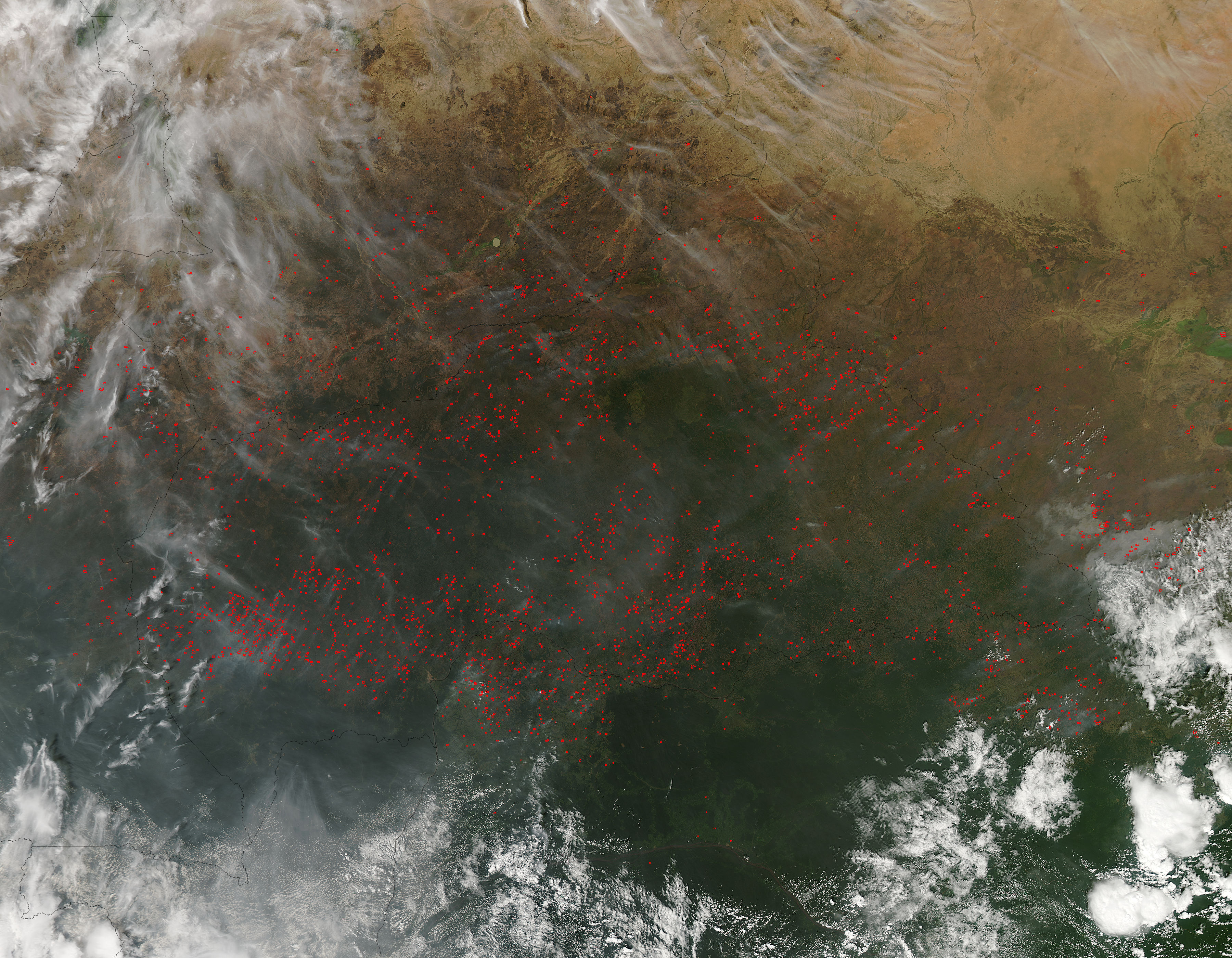 Widespread agricultural burning continues throughout central Africa, and smoke and fires were detected by NASA’s Aqua satellite. Most of the fires were burning in the Central African Republic, southern Chad, southwestern Sudan and the northwestern corner of the Democratic Republic of the Congo. In this image, Chad lies northwest, Sudan to the northeast, and the Central African Republic lies in the center, widely covered with red “hotspots”, With fewer fires, the Democratic Republic of Congo lies in the south, and Cameroon is found on the far left (west) edge. The Moderate Resolution Imaging Spectroradiometer (MODIS) instrument that flies aboard NASA’s Aqua satellite captured an image of smoke and fires burning in central Africa on December 19 at 1205 UTC (7:05 a.m. EST/U.S.). The multiple red pixels are heat signatures (red) detected by MODIS. The smoke appears to be a light brown color.