By SpaceRef Editor
January 18, 2013
Filed under Earth, MODIS Image of the Day, NASA MODIS Web, US 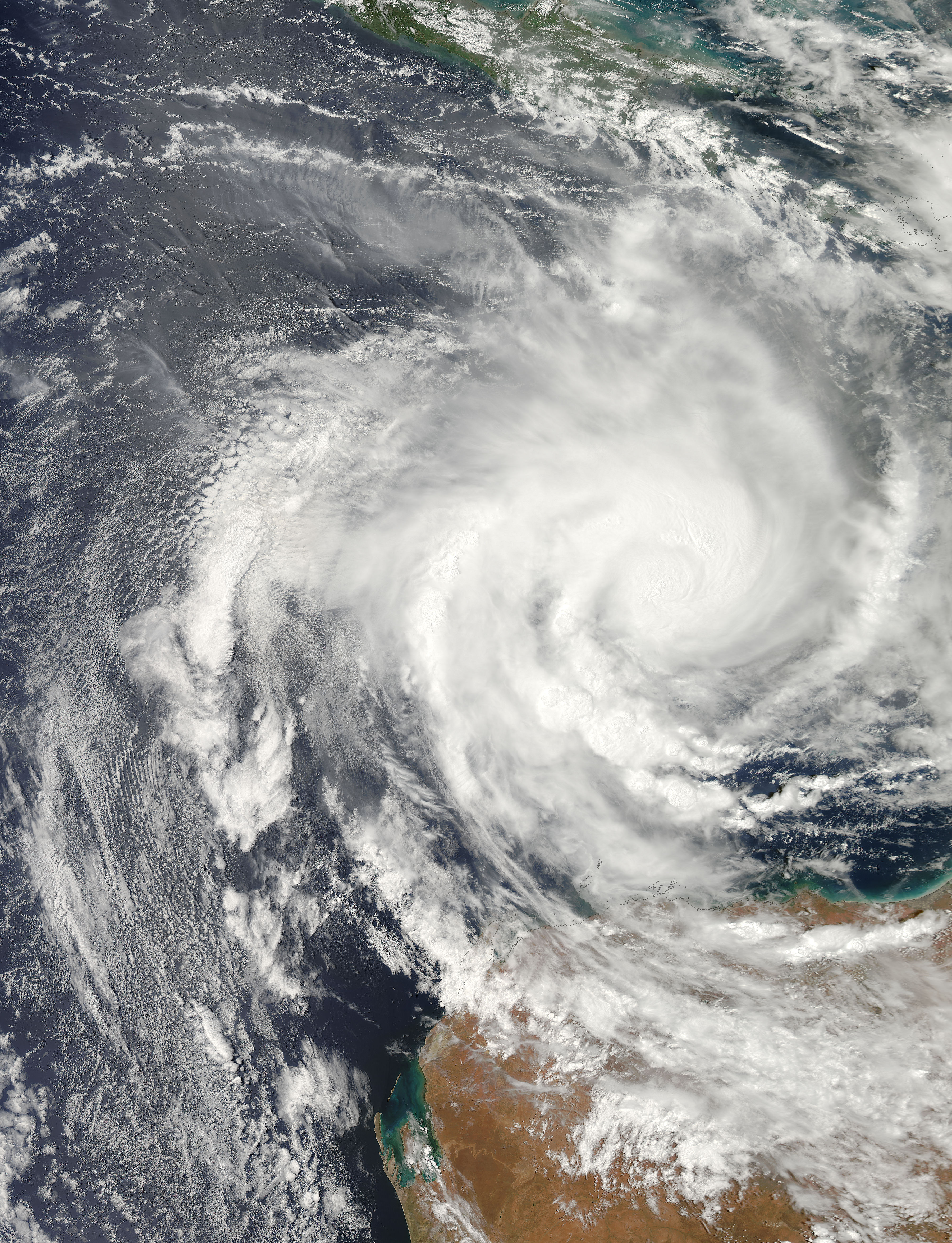 Narelle formed as a tropical storm over the southern Indian Ocean on January 7, 2013, and strengthened into a cyclone two days later. On January 10, the U.S. Navy’s Joint Typhoon Warning Center (JTWC) reported that Narelle had maximum sustained winds of 93 mph (150 km/h) with gusts up to 115 mph (185 km/h). The Moderate Resolution Imaging Spectroradiometer (MODIS) on NASA’s Aqua satellite captured this natural-color image on January 10. On that same day, the JTWC reported that Narelle was roughly 685 km (426 mi) north of Learmonth, Australia and projected that Narelle would continue moving toward the south-southwest before making a slight turn toward the southeast. At its peak, Narelle carried winds of about 132 mph (212 km/h), and was equivalent to a Category 4 hurricane on the Saffir-Simpson hurricane wind scale. The storm continued to steadily weaken as it made its way southward paralleling the coast of Western Australia, bringing heavy rains and, in places, damaging winds to coastal areas. Further south, Narelle brought scattered rainfall to extremely dry areas – some of which had not seen rain for up to 28 days. The Joint Typhoon Warning Center issued their final warning on Narelle on January 14 at 2100 UTC (8:00 p.m. EST/U.S.). At that time Narelle’s maximum sustained winds were near 40 mph (64.8 km/h), and it had become extra-tropical. At the time of the final warning, the center was located near 29.9 south latitude and 110.2 east longitude. It was moving to the south at 18 knots (20.7 mph/33.3 km/h).