By SpaceRef Editor
January 17, 2013
Filed under Earth, MODIS Image of the Day, NASA MODIS Web, US 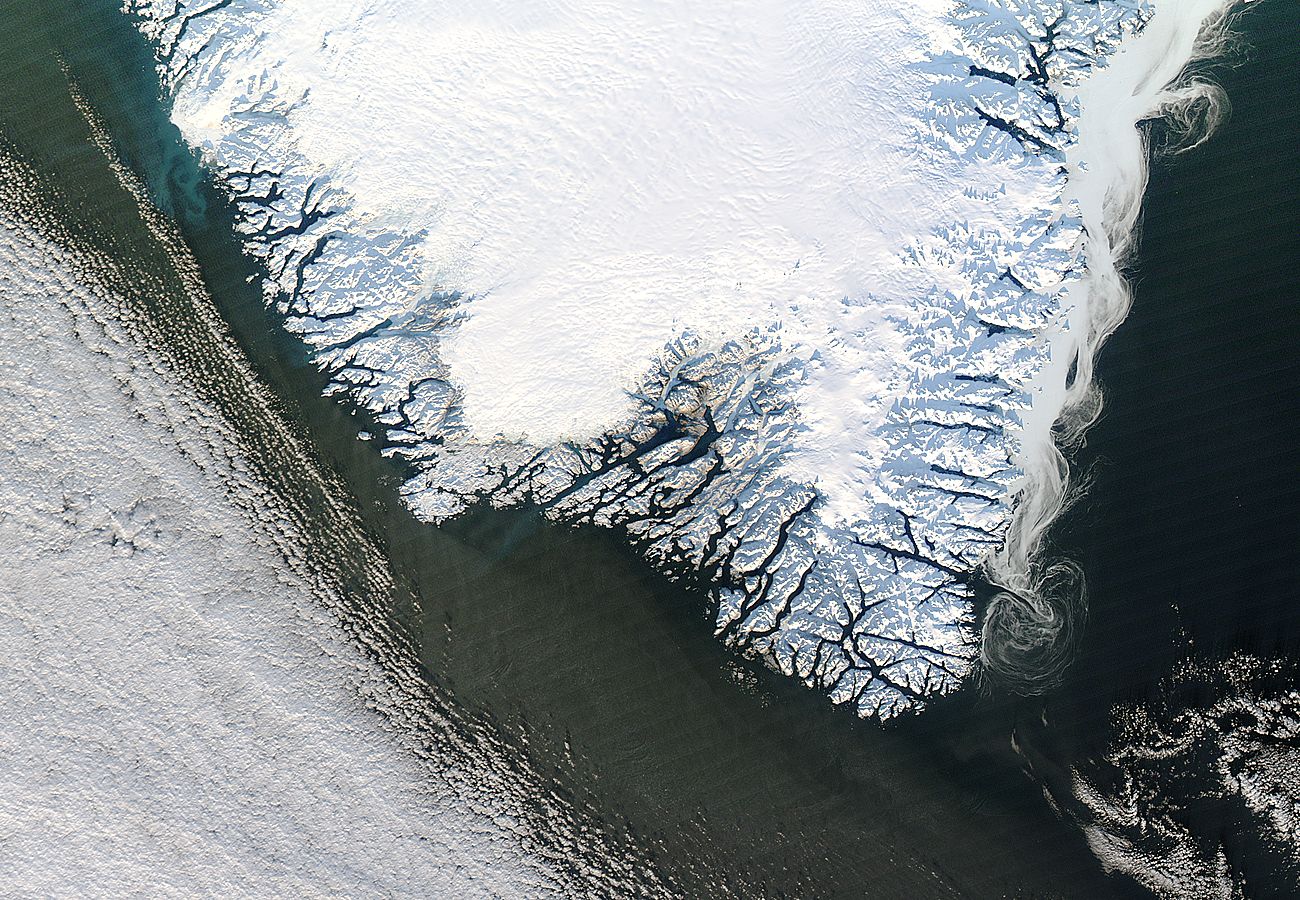 As the year 2012 drew to a close, the Moderate Resolution Imaging Spectroradiometer (MODIS) on NASA’s Aqua satellite captured this scene of sea ice, land ice, and fresh snow in southern Greenland. It is a fairly typical wintertime scene, but one that illustrates both seasonal and thousand-year changes. As its name implies, the East Greenland Current flows along Greenland’s east coast, and it carries ice southward out of the Arctic Ocean via the Fram Strait. Sea ice carried by this cool current typically reaches the southern tip of Greenland at the beginning of winter. In this image, the southward-moving ice forms a series of tendrils and swirls in ghostly gray. On Greenland itself, a fresh coat of snow blankets most of the land. The brilliant white snow is lighter than the bare ice beneath it, and serves as an excellent reflector of sunlight.