By SpaceRef Editor
January 16, 2013
Filed under Earth, MODIS Image of the Day, NASA MODIS Web, US 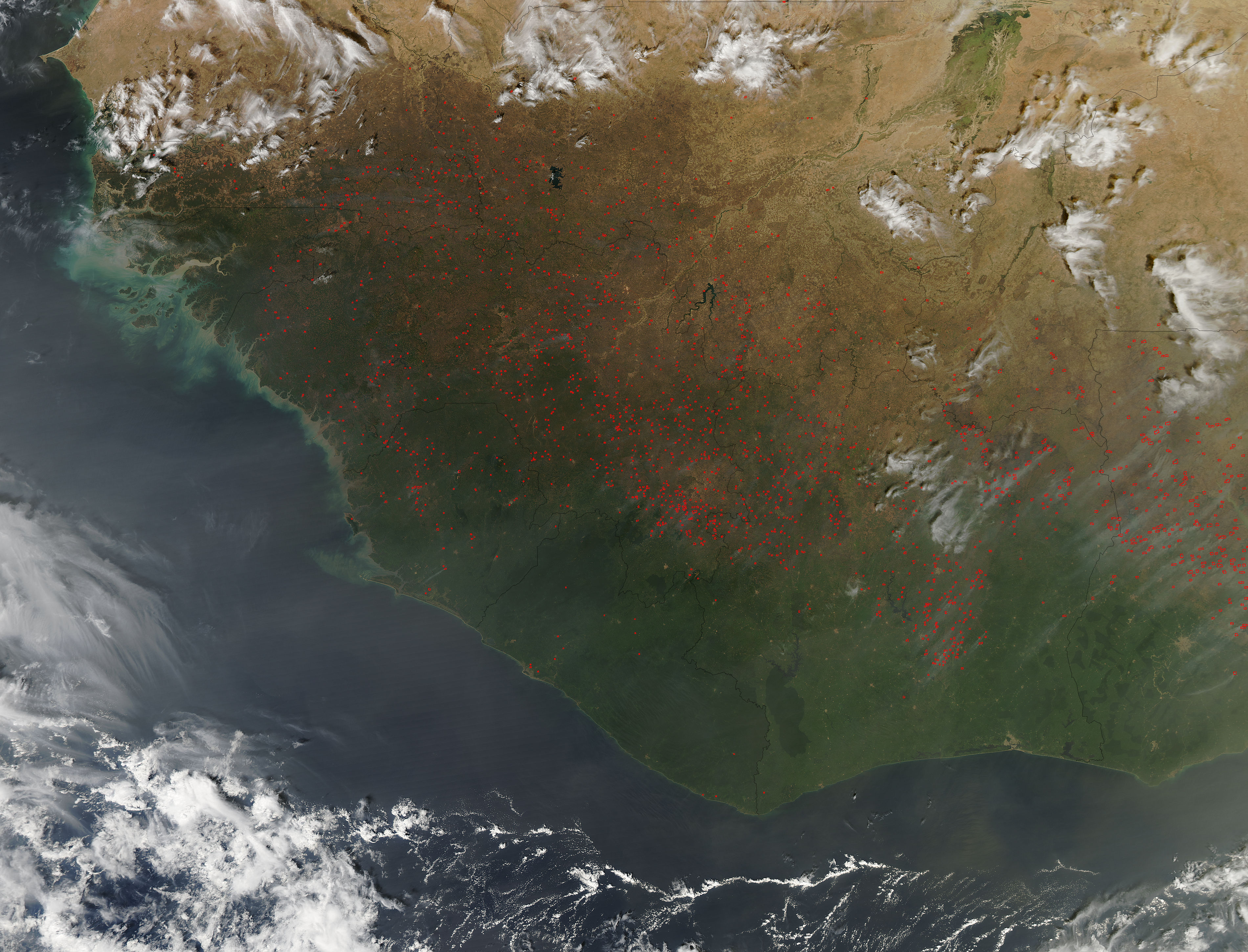 Hundreds of fires continued to burn across West African late in December, 2012, covering the green land with a haze of gray. The Moderate Resolution Imaging Spectroradiometer (MODIS) aboard NASA’s Aqua satellite captured this true-color image on December 31, 2012. In this image, red marks “hot spots” – areas with the thermal bands on the MODIS instrument detected high temperatures. When combined with smoke plumes, such spots indicate active fires. In this image, fires burned in several countries. Along the coast, from northwest to southeast the countries are Guinea, Sierra Leone, Cote D’Ivoire and Liberia. Inland, fires can be seen in Mali. Given the time of year and the concentrated pattern of burning, the fires are most likely agricultural, and have been set to manage cropland or pastureland.