NASA MODIS Image of the Day: January 15, 2013 – Snow in the Caucasus Mountains

By SpaceRef Editor
January 15, 2013
Filed under Earth, MODIS Image of the Day, NASA MODIS Web, US 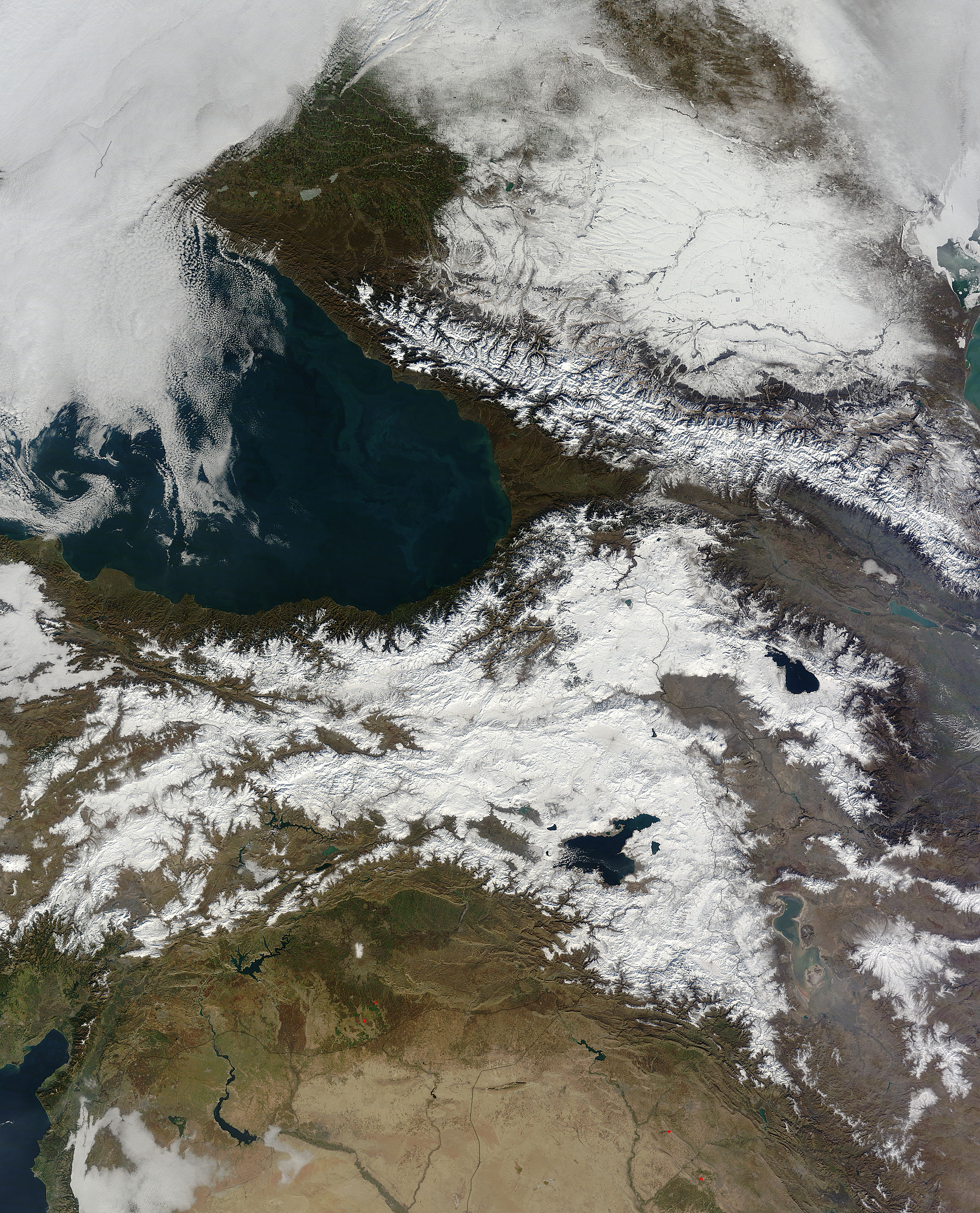 As a new year opened, a blanket of snow covered the tall Caucasus Mountains while clouds covered the Black Sea. The Moderate Resolution Imaging Spectroradiometer (MODIS) aboard NASA’s Terra satellite captured this true-color image on January 3, 2013. The Caucasus Mountains stretch from the eastern shore of the Black Sea to the Caspian Sea, separating southwestern Russia from Georgia and Azerbaijan. The Anadolu Daglari curve around the southern end of the Black Sea, meeting up with the Lesser Caucasus mountains, which range southeast along the Turkish and Armenian borders. The waters of the eastern Mediterranean Sea are located in the far southwestern section of this image, and appear clear. In contrast, jewel-tone swirls fill the eastern Black Sea, indicating a phytoplankton bloom in progress.