By SpaceRef Editor
January 14, 2013
Filed under Earth, MODIS Image of the Day, NASA MODIS Web, US 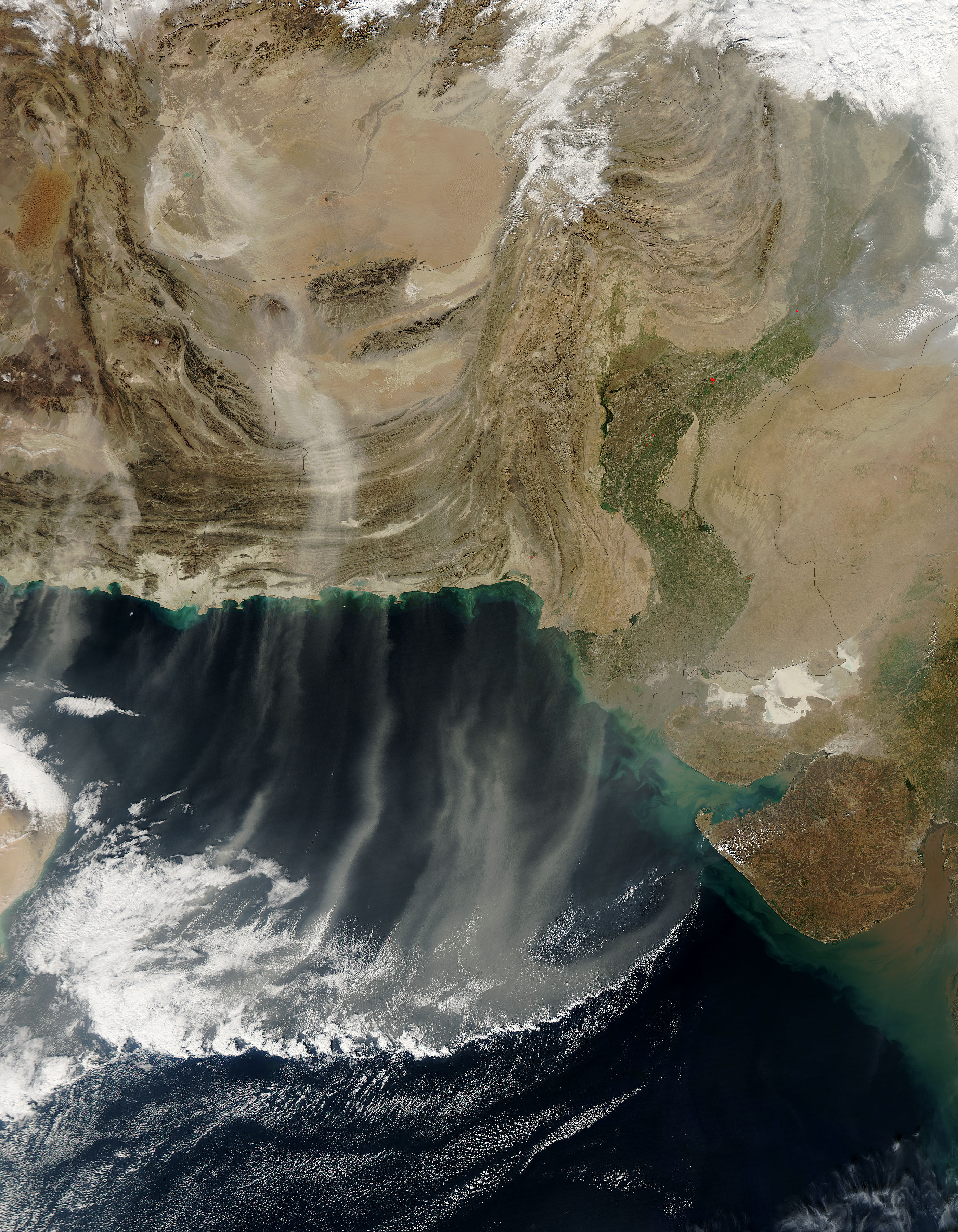 Dust plumes from Iran, Afghanistan, and Pakistan blew southward over the Arabian Sea in late December 2012. The Moderate Resolution Imaging Spectroradiometer (MODIS) on NASA’s Aqua satellite captured this true color image of multiple dust storms on December 28. This region lies within a broad band of dust-producing terrain that stretches from the Sahara Desert to Mongolia. Sand seas often give rise to dust storms, and such sandy deserts occur over a large portion of southwestern Afghanistan. Much of the dust in this image, however, has arisen from dry lakes and riverbeds. Distinguished by their pale beige hue, impermanent lakes occur throughout this region, especially along the Afghanistan border. The fine sediments lofted into the air are similarly light in color. Source points for some of the dust storms can be detected in this scene, looking like pale beige pinpoints. Over the Arabian Sea, long streamers of dust mingle with clouds east of Oman.