By SpaceRef Editor
January 13, 2013
Filed under Earth, MODIS Image of the Day, NASA MODIS Web, US 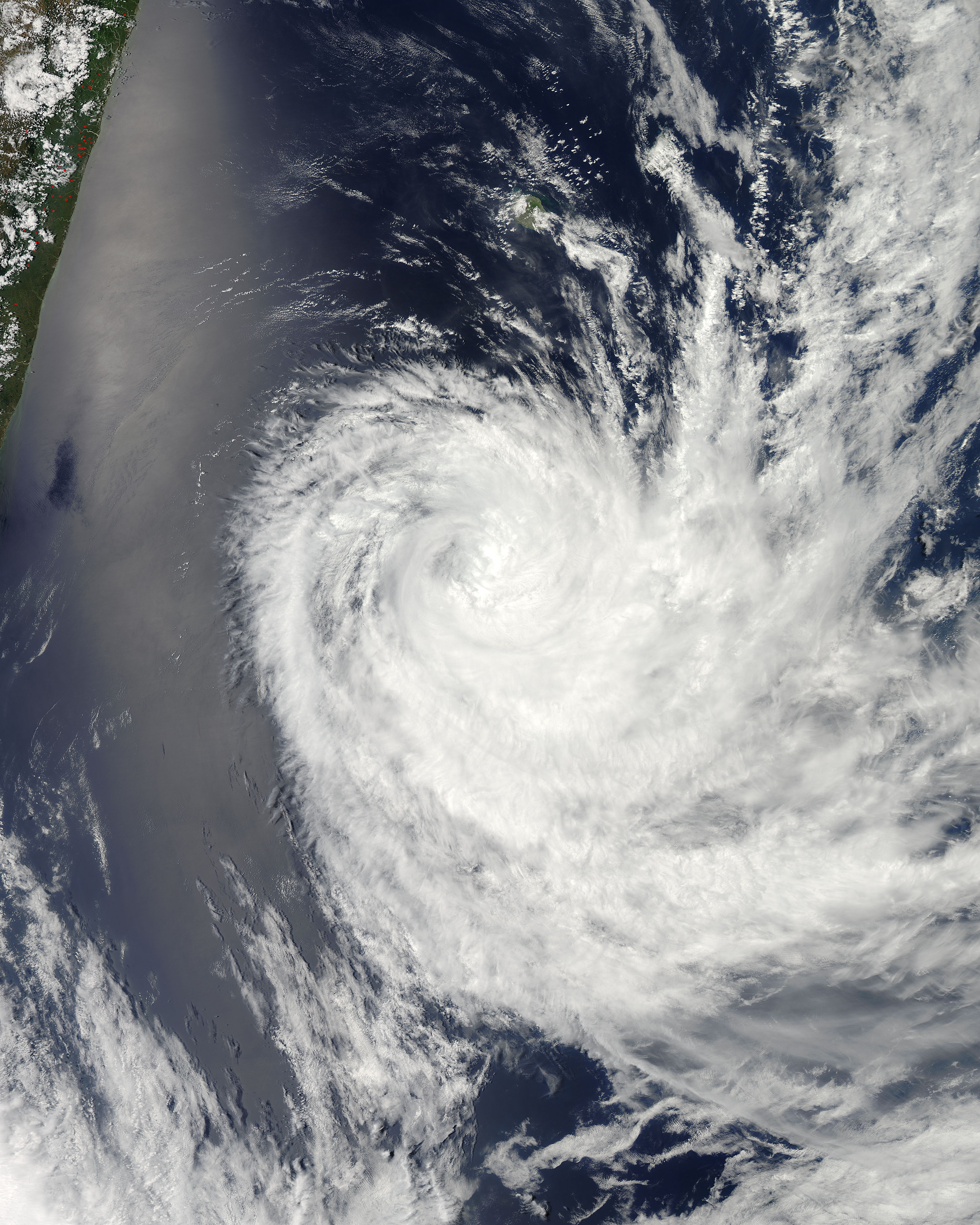 The MODIS (Moderate Resolution Imaging Spectroradiometer)instrument aboard NASA’s Aqua satellite captured a stunning visible image of Tropical Cyclone Dumile on Jan. 4, 2013 at 1020 UTC (5:20 a.m. EST) as it moved away from La Reunion Island and Mauritius. The MODIS image showed a tight swirl of clouds around Dumile’s center as it maintained cyclone (hurricane) status, where the most powerful and highest thunderstorms were east and south of the center of circulation. The image also showed the eastern coast of Madagascar to the left of the storm. At 0900 UTC (4 a.m. EST) on Jan. 4, Tropical Cyclone Dumile’s maximum sustained winds were near 70 knots (80.5 mph/129.6 km/h). It was located near 25.4 south latitude and 54.2 east longitude, about 260 miles (299.2 miles/ 481.5 km) south-southwest of La Reunion. La Reunion remains on a blue alert, which is expected to be dropped as Dumile continues moving away. Dumile was moving to the south at 11 knots (2.6 mph/20.3 km/h) and generating very rough seas with wave heights to 32 feet (9.7 meters). On January 4, local news sources reported winds up to 110 miles per hour had battered La Reunion, along with torrential rain as Dumile passed within 56 miles of the island’s west coast. The storm caused downed power lines and damage to roadways in the French island. Dumile continued moving over open ocean and transitioned to an extra-tropical storm on January 5 as it encountered stronger vertical wind shear and cooler waters. The Joint Typhoon Warning Center issued its last advisory on the storm late on that same day.