By SpaceRef Editor
January 12, 2013
Filed under Earth, MODIS Image of the Day, NASA MODIS Web, US 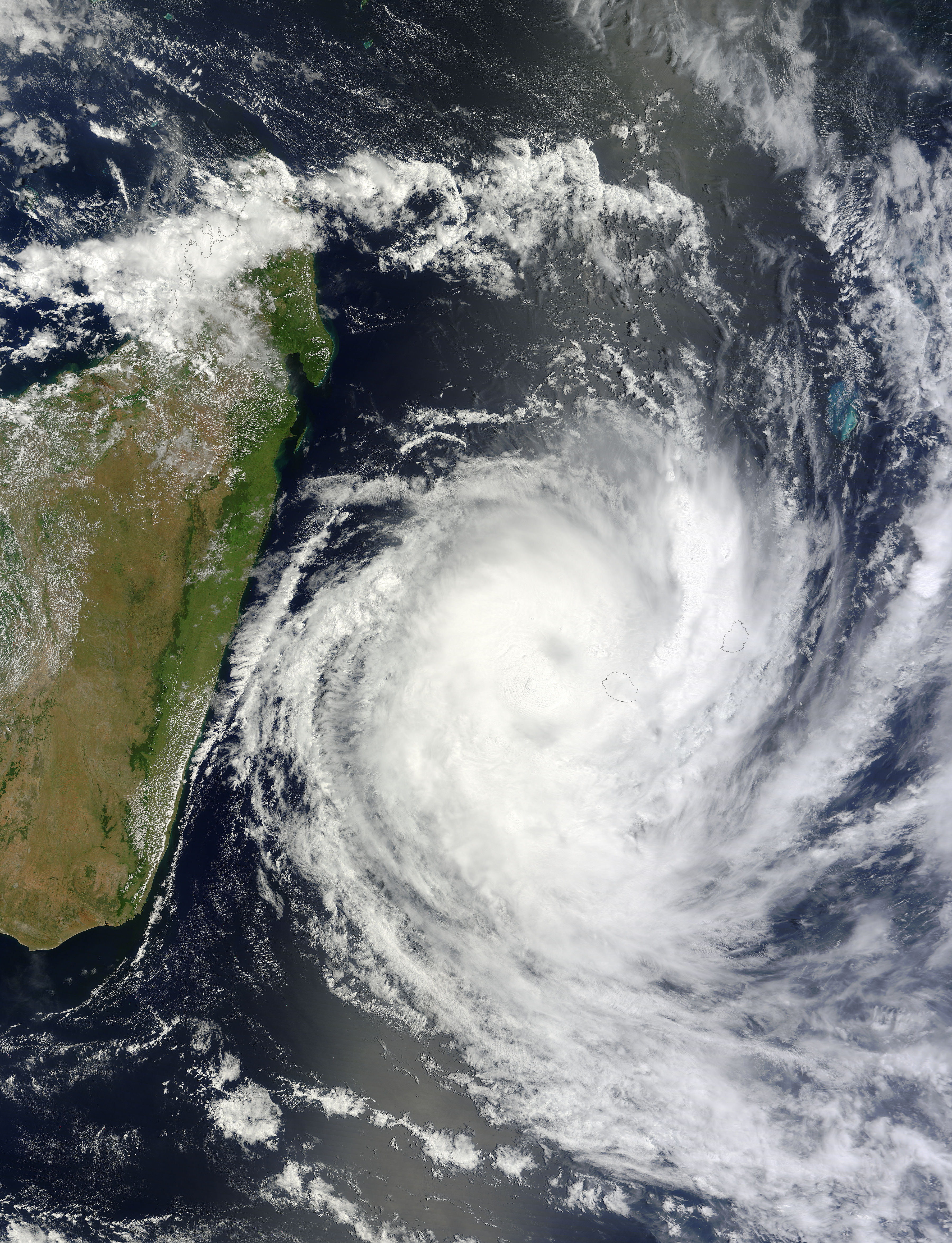 Tropical Storm Dumile formed at the beginning of 2013 in the Indian Ocean, east of Madagascar. The storm moved southward as it strengthened into a tropical cyclone. On January 3, 2013, the U.S. Navy’s Joint Typhoon Warning Center (JTWC) reported that Dumile was located roughly 85 nautical miles (155 kilometers) northwest of Réunion, with maximum sustained winds of 65 knots (120 kilometers per hour) and gusts up to 80 knots (150 kilometers per hour). The Moderate Resolution Imaging Spectroradiometer (MODIS) on NASA’s Terra satellite captured this natural-color image on January 3. Dumile’s clouds extended over the islands of Réunion and Mauritius but stopped short of Madagascar’s capital city of Antananarivo. Mauritius is the northeastern most island outlined in this image. On January 4, the JTWC forecasted that Dumile would continue moving southward before accelerating toward the southeast. Wind speeds were expected to gradually decrease over the next few days. On January 5, Dumile became extra tropical, and the JTWC issued its last warning on the system.