By SpaceRef Editor
January 11, 2013
Filed under Earth, MODIS Image of the Day, NASA MODIS Web, US 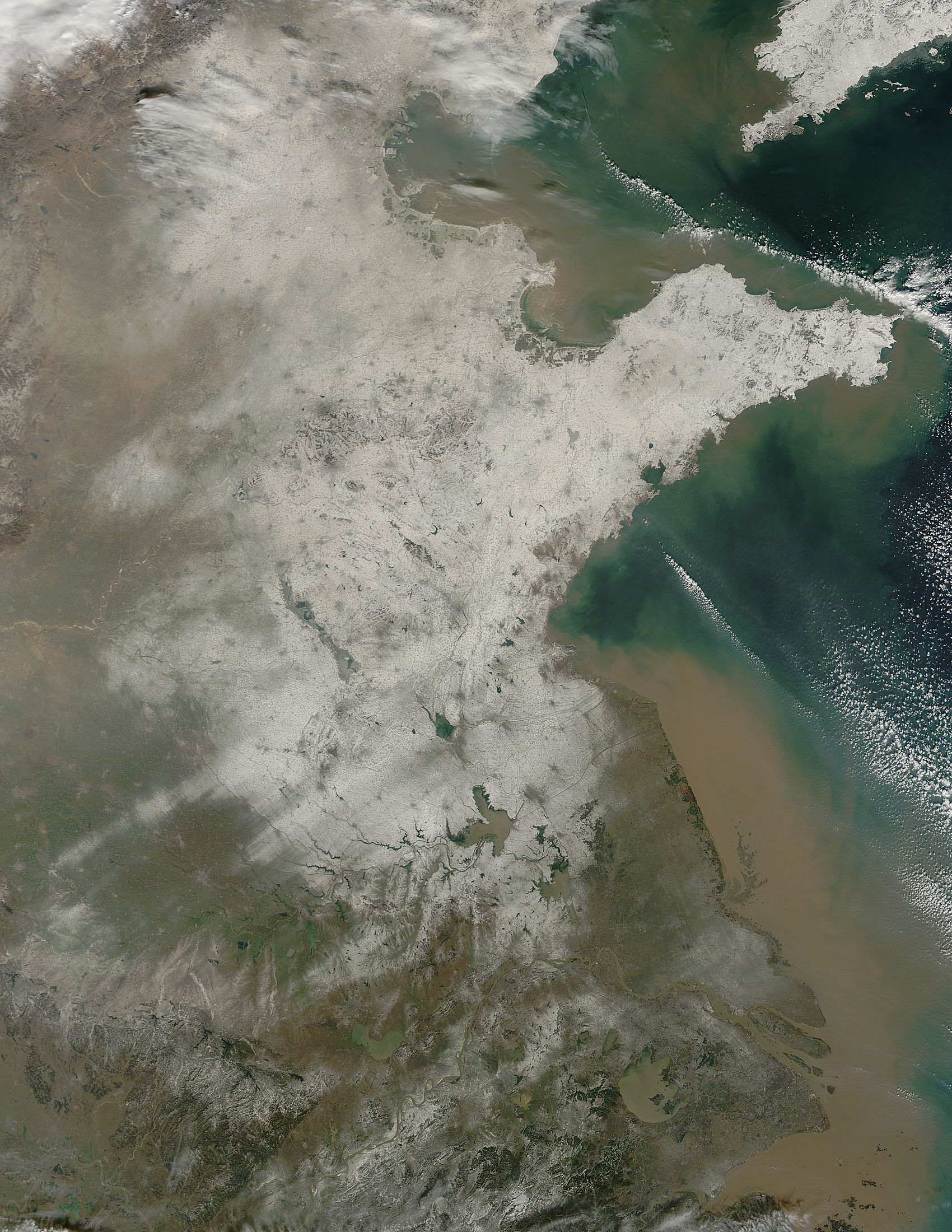 Late in December, 2012 snow blanketed nearly all of eastern China and swirling ice formed in the waters of Bohai Bay, gaving evidence of an unusually frigid start to the winter season. The Moderate Resolution Imaging Spectroradiometer aboard NASA’s Terra satellite captured this true-color on December 31. The 2012-2013 winter season has already broken records, with the China Meteorological Administration reporting in early January, 2013, that the national average temperature since late November was 25°F – the lowest in 28 years. It was also reported that the average temperature in northern China, -18.7°F, was the lowest in 42 years and the average temperature in northeast China was -4.5°C, making it the coldest in 43 years. Lows of -40°F have been recorded in several parts of northern China and eastern Inner Mongolia. The continuing cold and icy weather has caused numerous problems across the region. An early January snow canceled flights in Hangzhou in eastern China, and stranded tourists in a mountainous area in southwest China. This image is centered over Shandong province, which has as its most prominent feature a large peninsula jutting out into the sediment-laden waters. Shandong Peninsula forms the southern boundary of the Bohai Sea, and to the south lies the Yellow Sea. The first rounded bay to the north of the peninsula is Laizhou Bay, an important area for fisheries and shipping. Small flecks of white can be seen in Laizhou Bay, and at high resolution white swirls can be clearly seen – a typical pattern for sea ice. Less than a week after this image was captured, China Daily reported that about 1,000 ships were stuck in thick ice in Laizhou Bay, unable to sail. At that time, ice had covered about 10,500 acres of sea surface – the largest expanse since 2008, when such data began to be collected.