By SpaceRef Editor
January 10, 2013
Filed under Earth, MODIS Image of the Day, NASA MODIS Web, US 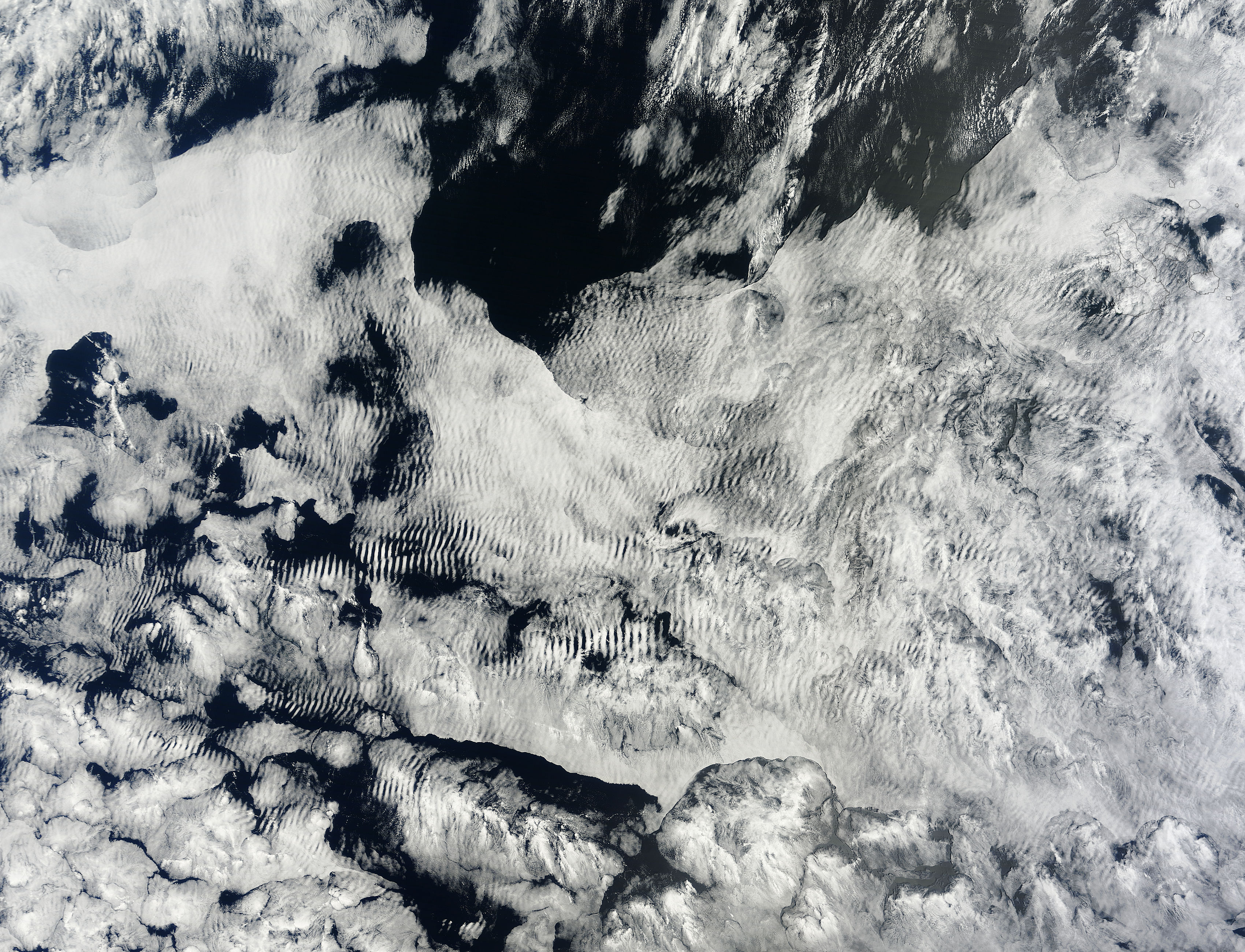 A complex cloud pattern greeted the new year as it dawned over the eastern Pacific Ocean on January 1, 2013. The Moderate Resolution Imaging Spectroradiometer passed over the region a few hours later, and captured this true-color image of the stunning patterns at 16:50 UTC (10:50 a.m. local time) on that same day. The broad banks of clouds float almost exclusively over open water, except for the Galapagos Islands which are outlined in the northeast corner of this image. Several cloud formations were interacting on this day, creating the complex patterns in the sky. The most notable features are a combination of gravity wave clouds lying over flat decks of marine stratocumulus clouds. The gravity wave feature appears almost like a fingerprint, with ridge-like, parallel lines alternating between bright cloud and open sky. This pattern is created when air moves up and down, forming ridges and troughs. Clouds form at the peak of the ridges, while the lack of clouds in the trough allows a clear view of the features below. The trigger which creates the moving air normally comes from the underlying terrain, a thunderstorm updraft or vertical wind shear.