By SpaceRef Editor
January 1, 2013
Filed under Earth, MODIS Image of the Day, NASA MODIS Web, US 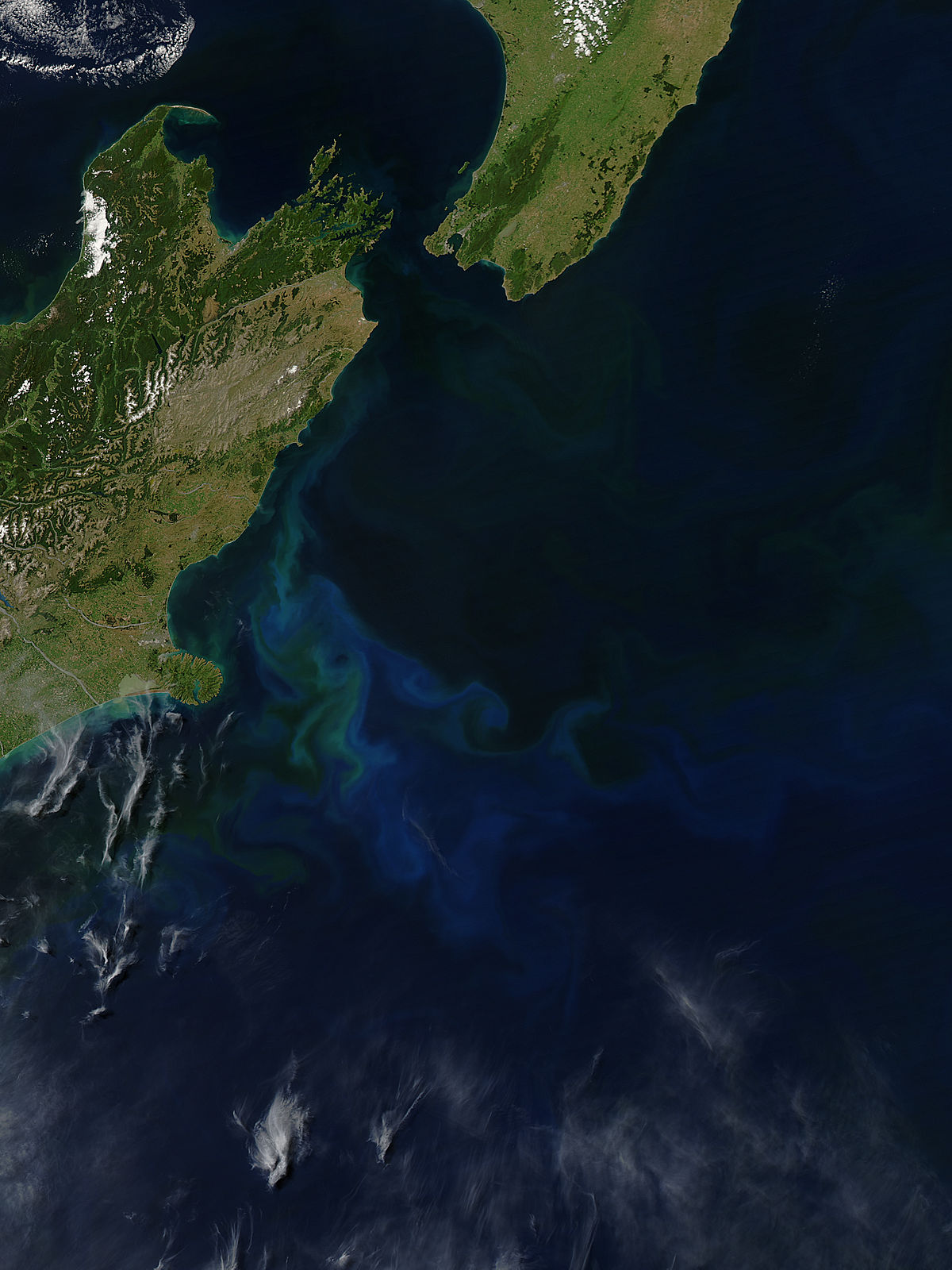 Intricate and flowing swirls of turquoise and green graced the Pacific Ocean off of New Zealand’s South Island in early summer, 2012. The Moderate Resolution Imaging Spectroradiometer (MODIS) aboard NASA’s Aqua satellite captured this colorful image on December 20. New Zealand celebrated their first day of summer on December 1 Phytoplankton blooms are common off the east coast of South Island, especially in the summer time when lengthening sunlight fuels the growth of the plant-like organisms which live in these waters. The currents that flow over and around the Chatham Rise, an underwater plateau, bring nutrients up from the deeper water, also encouraging rapid growth. When nutrients abound, when temperatures are favorable for the species, and light lengthens, then photosynthetic phytoplankton reproduce with astonishing rapidity. Blooms, such as this one, can stretch hundreds of kilometers across the ocean.