NASA MODIS Image of the Day: February 8, 2013 – Cloud patterns off the coast of Chile

By SpaceRef Editor
February 8, 2013
Filed under Earth, MODIS Image of the Day, NASA MODIS Web, US 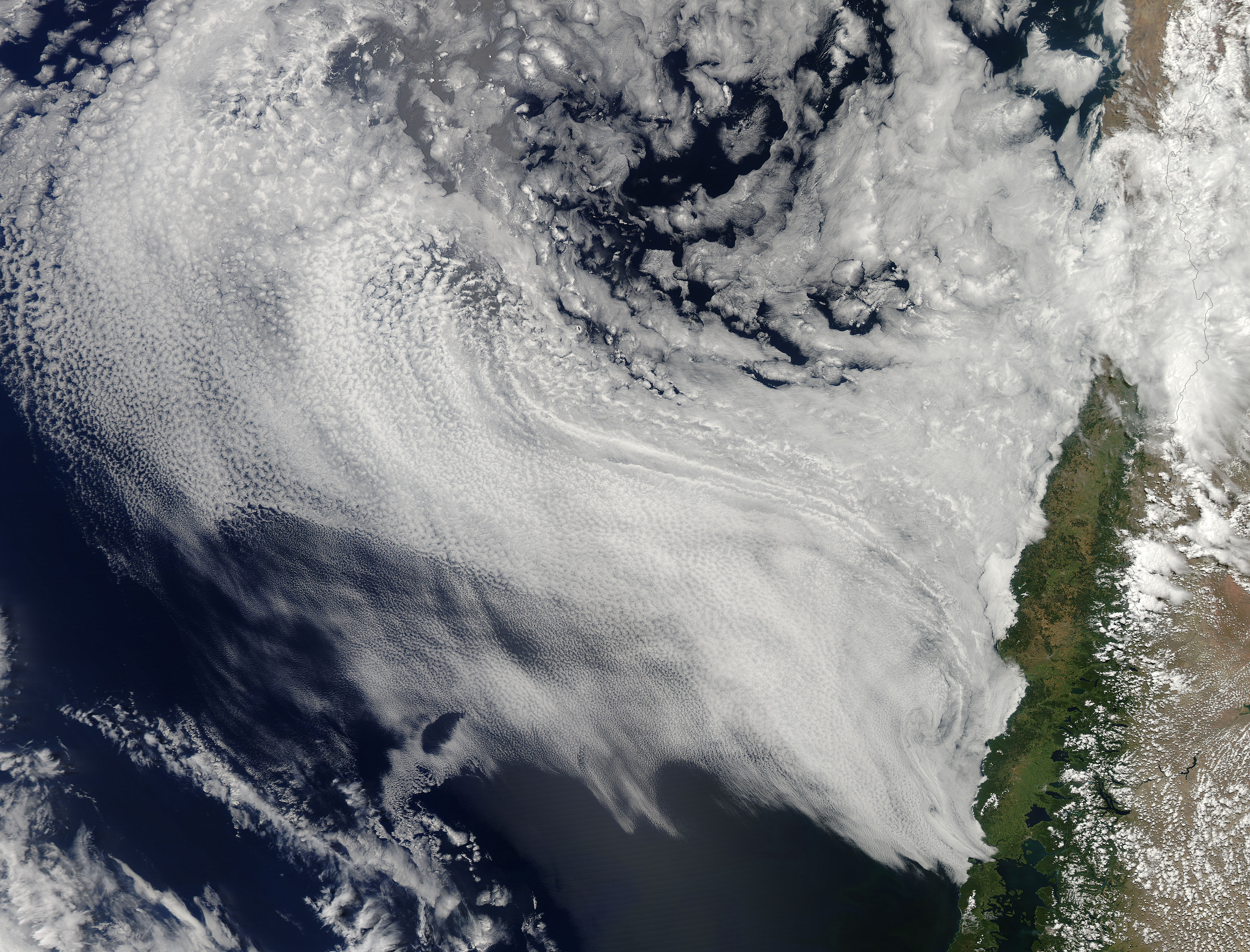 Sometimes, a satellite-eye view reveals a beautiful image that imitates art, while also providing data for scientists. Such was the case on January 21, 2013 when the Moderate Resolution Imaging Spectroradiometer (MODIS) aboard NASA’s Aqua satellite flew over Chile and captured this true color image of complex banks of clouds. The combination of motion, color and textures should please cloud-spotters, nephologists, meteorologists and art lovers alike. Because the way clouds look derive from how they are formed, the various types of clouds that overly the South Pacific Ocean, west of Concepcion, Chile, suggest that various temperature, moisture and wind conditions were at work that day. And it’s the wind that has the most visible effect of all. The gentle S – shaped of the mid-level cloud bank clouds suggests the influence of a curving wind pattern, probably set up as wind blows north-west over the tall and ragged peaks of the Andes Mountains. A tighter swirling pattern, which hugs the southern coast, also suggests turbulent flow around an obstruction, such as a mountain. Overlying the swirling bank, a high-level breeze blows more steadily towards the north, creating a thin veil of clouds aligned in parallel streaks (cloud streets). Off the northern coast, the clouds are larger and aligned in groups rather than streets, suggesting more gentle winds in that location.