By SpaceRef Editor
February 7, 2013
Filed under Earth, MODIS Image of the Day, NASA MODIS Web, US 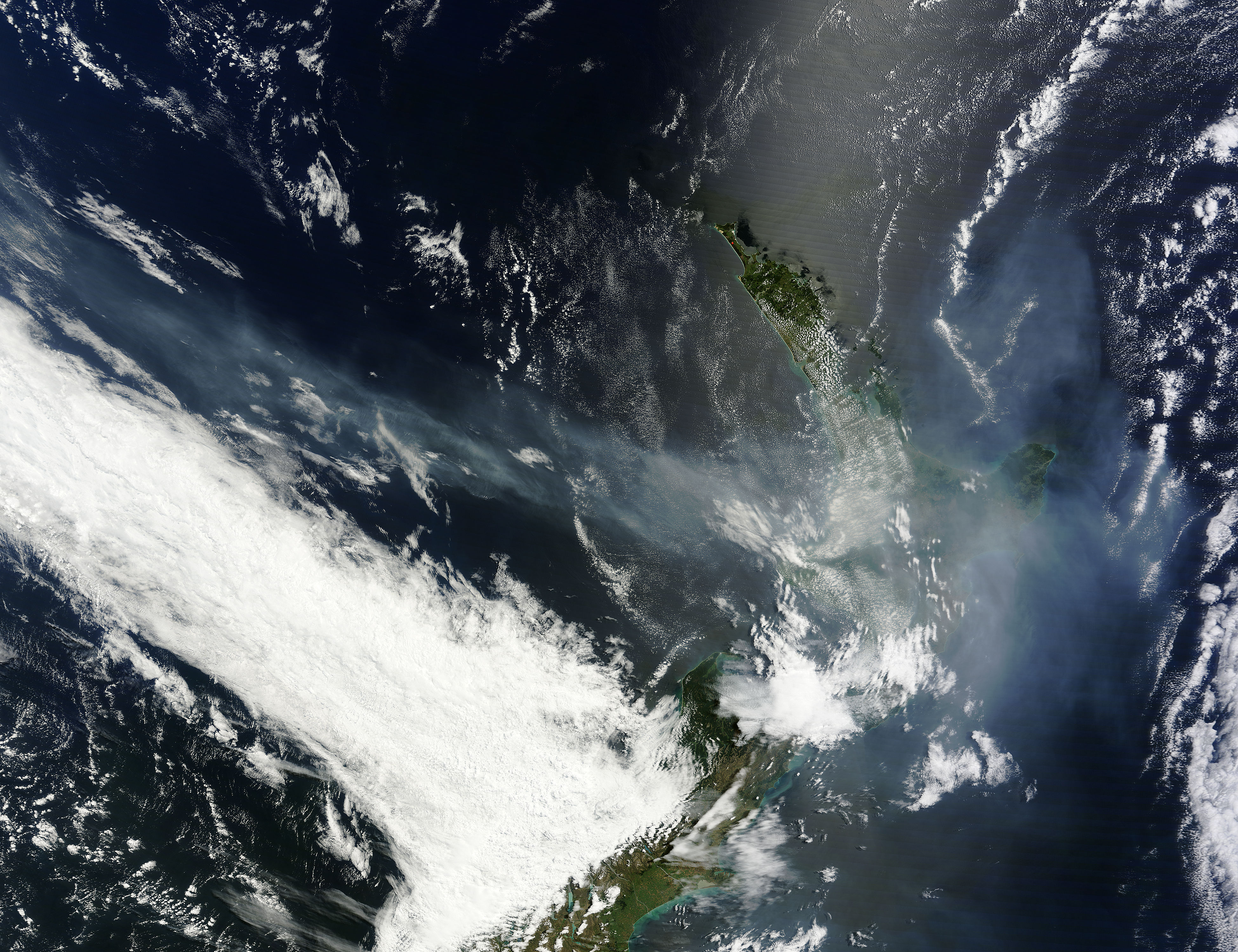 An intense fire season in Australia continued in mid-January, 2013. The Moderate Resolution Imaging Spectroradiometer (MODIS) flying aboard NASA’s Terra satellite flew over the region on January 18 at 2240 UTC (5:40 p.m. EST) and captured this true-color image of smoke across New Zealand. Extreme heat, drought and strong winds have helped fuel several devastating fires this summer, especially in Tasmania. New Zealand, also has suffered from several major fires during January, and in this image a large red “hotspot” can be seen north of the city of Auckland on the North Island of New Zealand. A large bank of bright-white cloud hangs across the lower southwest corner of this image. The duller, thinner veil which covers much of the rest of the region is smoke. The smoke varies from a dull white, to gray to tan in color. Additional images of the fire situation in Tasmania in January 2013 can be found on the NASA fire page at http://www.nasa.gov/mission_pages/fires/main/world/20130124-australia-scar.html.