NASA MODIS Image of the Day: February 5, 2013 – Snow in eastern England and Scotland

By SpaceRef Editor
February 5, 2013
Filed under Earth, MODIS Image of the Day, NASA MODIS Web, US 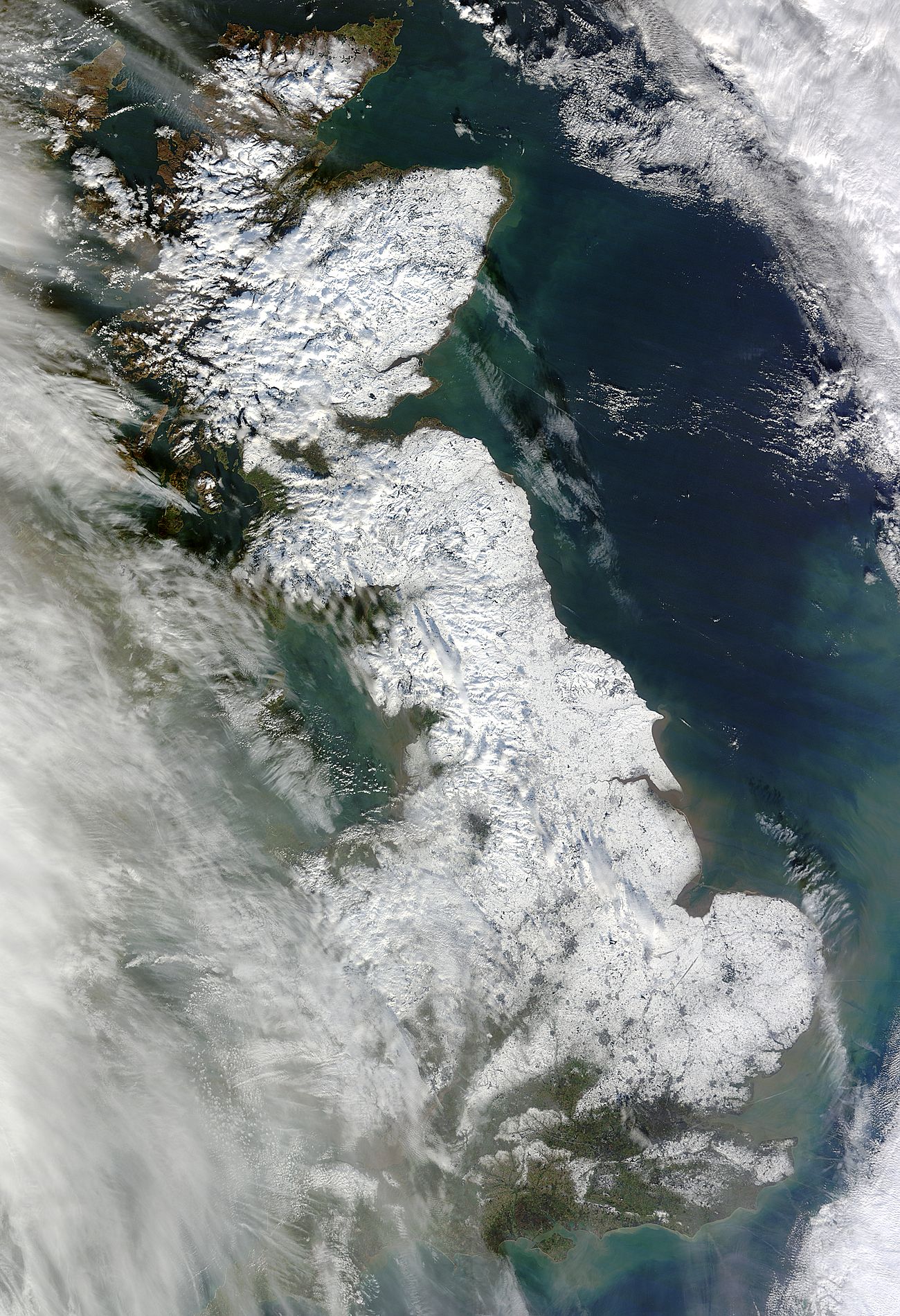 Snow blanketed most of Great Britain in late January 2013, stretching from London to the northern tip of Scotland. The Moderate Resolution Imaging Spectroradiometer (MODIS) on NASA’s Terra satellite captured this natural-color image on January 26, 2013. Only some coastal areas and the southwestern part of the island were free of snow when MODIS took this picture. Skies had mostly cleared by the time MODIS acquired the image, but some clouds lingered in the west, casting shadows onto the snowy surface below. On January 25, The Telegraph reported that the death toll from the storm was in the double digits, some of the deaths resulting from hazardous driving conditions. As of that date, more snowfall was expected, including near-blizzard conditions in parts of Scotland. Forecasters called for rain to follow the snow, with as much as 40 millimeters (1.6 inches) of rain in western Britain.