By SpaceRef Editor
February 27, 2013
Filed under Earth, MODIS Image of the Day, NASA MODIS Web, US 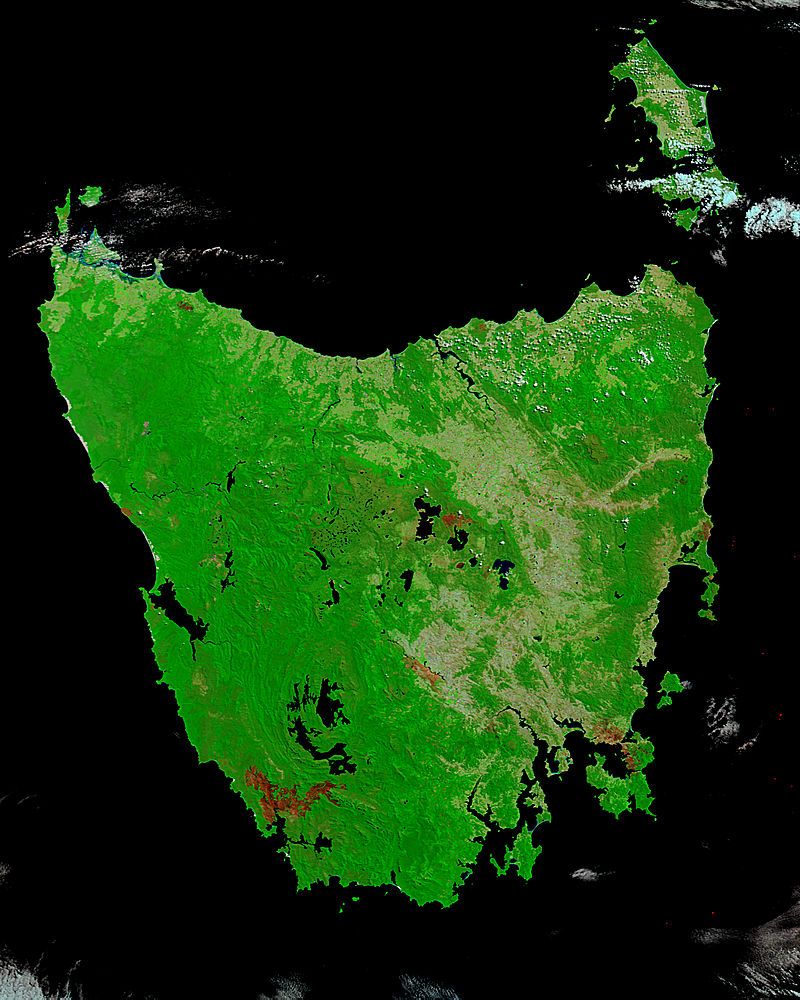 The first months of 2013 brought hot, dry weather across Australian, which sparked a devastating summer bushfire season. Tasmania, in particular, was hard-hit with multiple blazes that consumed tens of thousands of hectares of bush and trees. The current Tasmanian bushfire season has been compared to the worst on record – the 1967 season. That season included the “Black Tuesday” outbreak, which left 62 people dead, 900 injured and 2,000 homes destroyed. According to a report by the Tasmanian Fire Service on February 14, 2013 although conditions experienced were directly comparable to 1967, the result has been much improved, with only 200 homes destroyed and no deaths reported this season. The Moderate Resolution Imaging Spectroradiometer (MODIS) aboard the Terra satellite passed over Tasmania on February 15, and acquired a set of images of the burn scars across the country. The top false-color image clearly shows the enormous burns scars left behind by the past two months. The scars are a rusty brown, which starkly stand out against the vivid green color of vegetation. Several burns are visible in the center of the country, and extensive, but relatively light, scarring can be seen on the east coast near the town of Dunalley. The largest scars appear in the northwest section of the country, in the Southwest National Park. Scrolling over the top image reveals a true-color version of the same image. The burn scars are visible, but close scrutiny is required to discern the darker colored scars from the tan of lightly-vegetated land. Where the vegetation is heavy and the scars extensive, such as in the Southwest National Park, the contrast is more distinct.