By SpaceRef Editor
February 24, 2013
Filed under Earth, MODIS Image of the Day, NASA MODIS Web, US 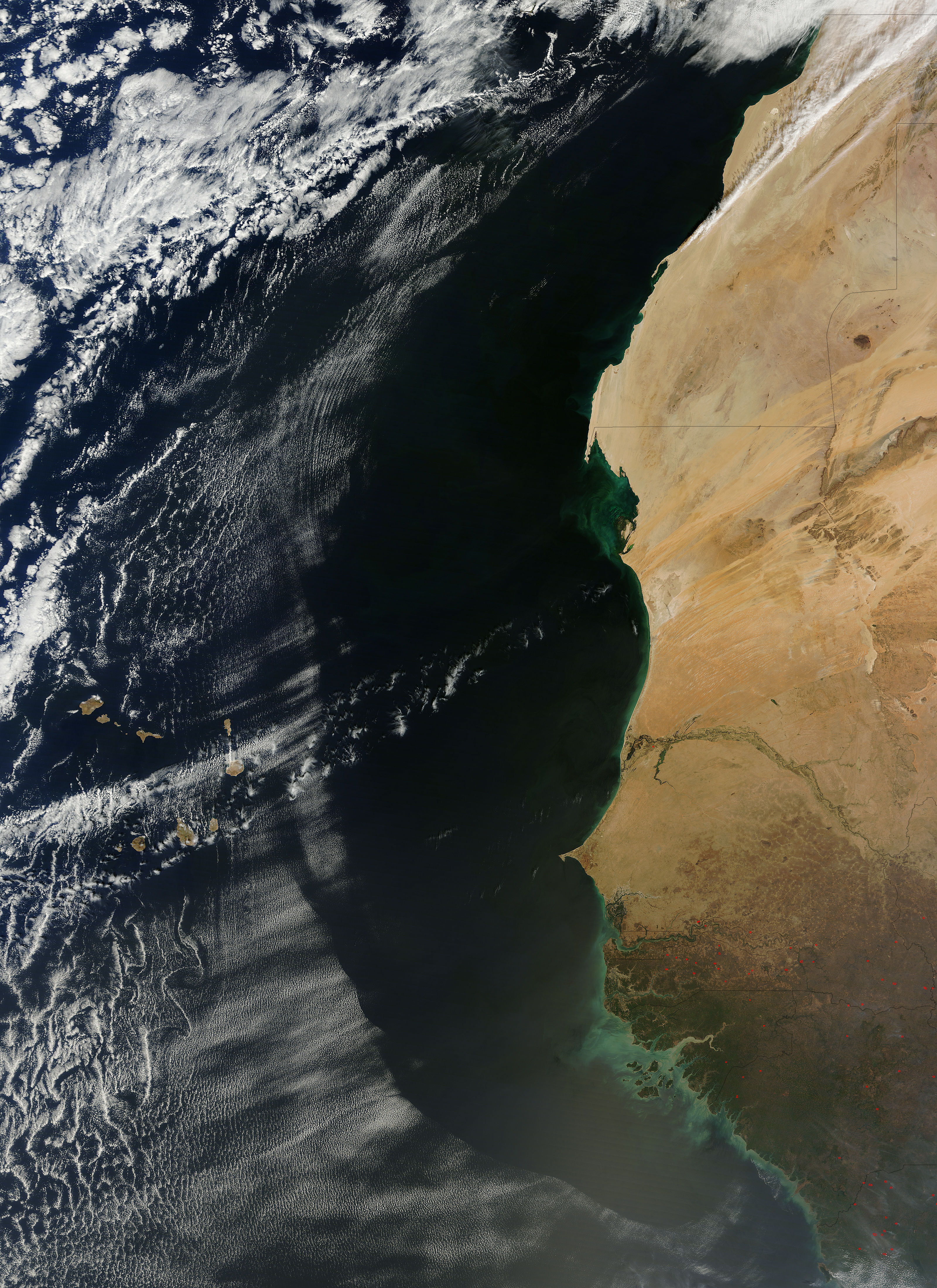 In late February, 2013 the Terra satellite passed over West Africa at a time when most of the intermittent dust storms had settled, allowing a stunningly clear view of a sky decorated complex pattern of clouds. The Moderate Resolution Imaging Spectroradiometer (MODIS) aboard that satellite captured this true-color image at 1150 UTC (6:50 a.m. EST) on February 18. Although the wind has raised little dust, the cloud patterns give testimony to strong ocean breezes at play. A crescent of clear sky just offshore gives way to an arc of cloud-filled sky over the Atlantic Ocean. In much of this arc, especially west of the West Sahara/Mauritania border, the clouds lie in parallel lines. Known as “cloud streets”, such parallel lines normally form along the direction of the prevailing wind. Lines of swirling clouds can be seen filling the skies south of the Cape Verde Islands. These are loosely formed Von Karman vortices, patterns which are created when moving air slams against a blunted, immobile object, such as the broad basaltic mountains found on the islands. When obstructed by such an object, the air pushes around the obstruction, forming a predictable pattern on the leeward side. When viewed a higher resolution (500 km), the typical flow close behind the islands becomes more apparent. Further south, the pattern appears more disorganized as the wind becomes less turbulent and the clouds spread out. Although the sky is relatively clear, many fires burn in the forest and grasslands of Senegal, The Gambia, Guinea-Bissau, Guinea and Sierra Leon. Gray smoke from these fires mingles with tan dust and is blown westward over the Atlantic, dimming the brightness near the bottom edge of the image.