By SpaceRef Editor
February 23, 2013
Filed under Earth, MODIS Image of the Day, NASA MODIS Web, US 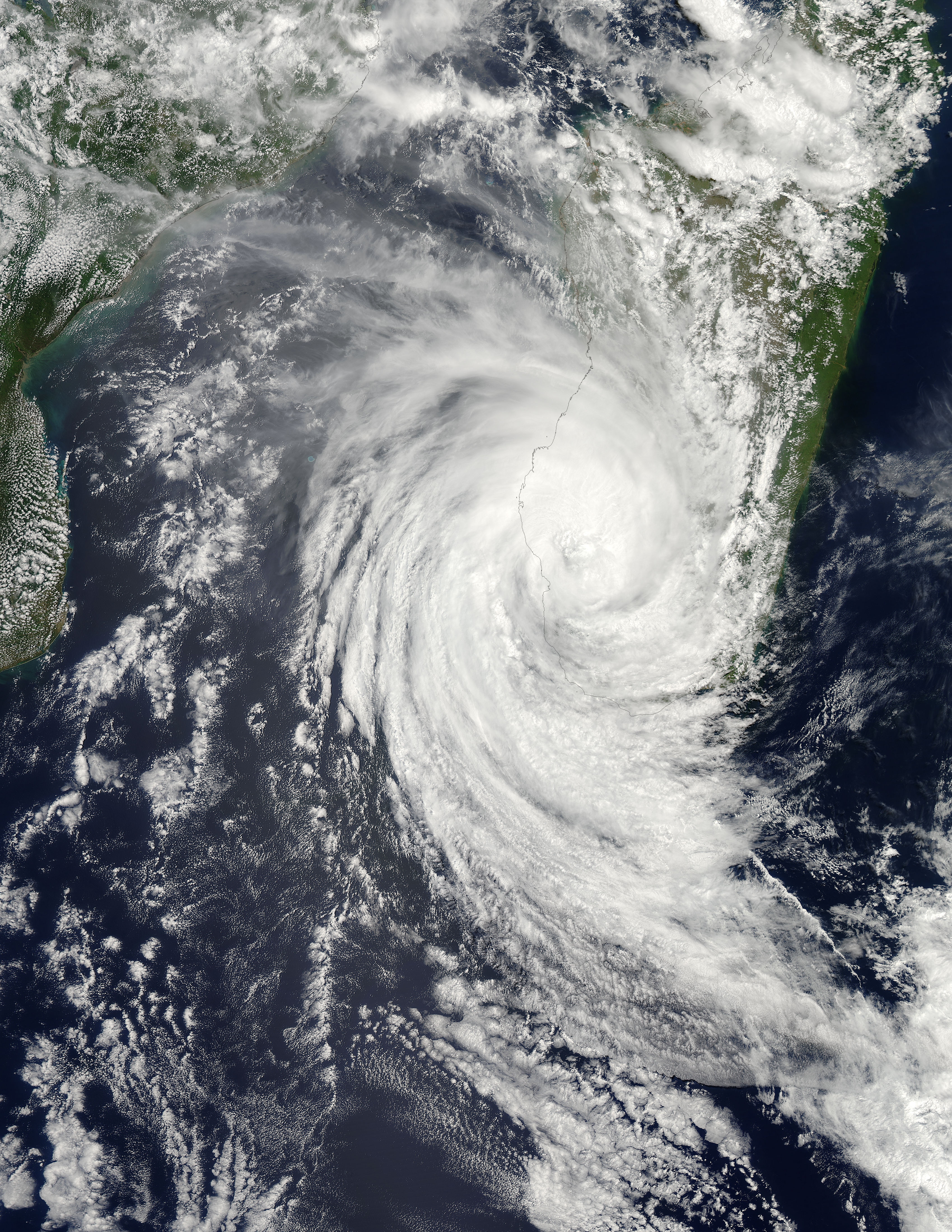 Haruna formed as a tropical storm over the southern Indian Ocean on February 19, 2013, and strengthened into a cyclone the next day. On February 22, the U.S. Navy’s Joint Typhoon Warning Center (JTWC) reported that Haruna was located roughly 300 nautical miles (555 kilometers) southwest of Antananarivo, Madagascar. The storm had maximum sustained winds of 80 knots (150 kilometers per hour) and gusts up to 100 knots (185 kilometers per hour). The Moderate Resolution Imaging Spectroradiometer (MODIS) on NASA’s Aqua satellite captured this natural-color image of Haruna on February 22. MODIS on the Aqua and Terra satellites also captured earlier images of the storm, on February 21 and February 20. As of February 22, 2013, the JTWC forecast map showed Haruna heading eastward across southern Madagascar then out to sea. The storm was expected to weaken significantly over the next 48 hours.