By SpaceRef Editor
February 20, 2013
Filed under Earth, MODIS Image of the Day, NASA MODIS Web, US 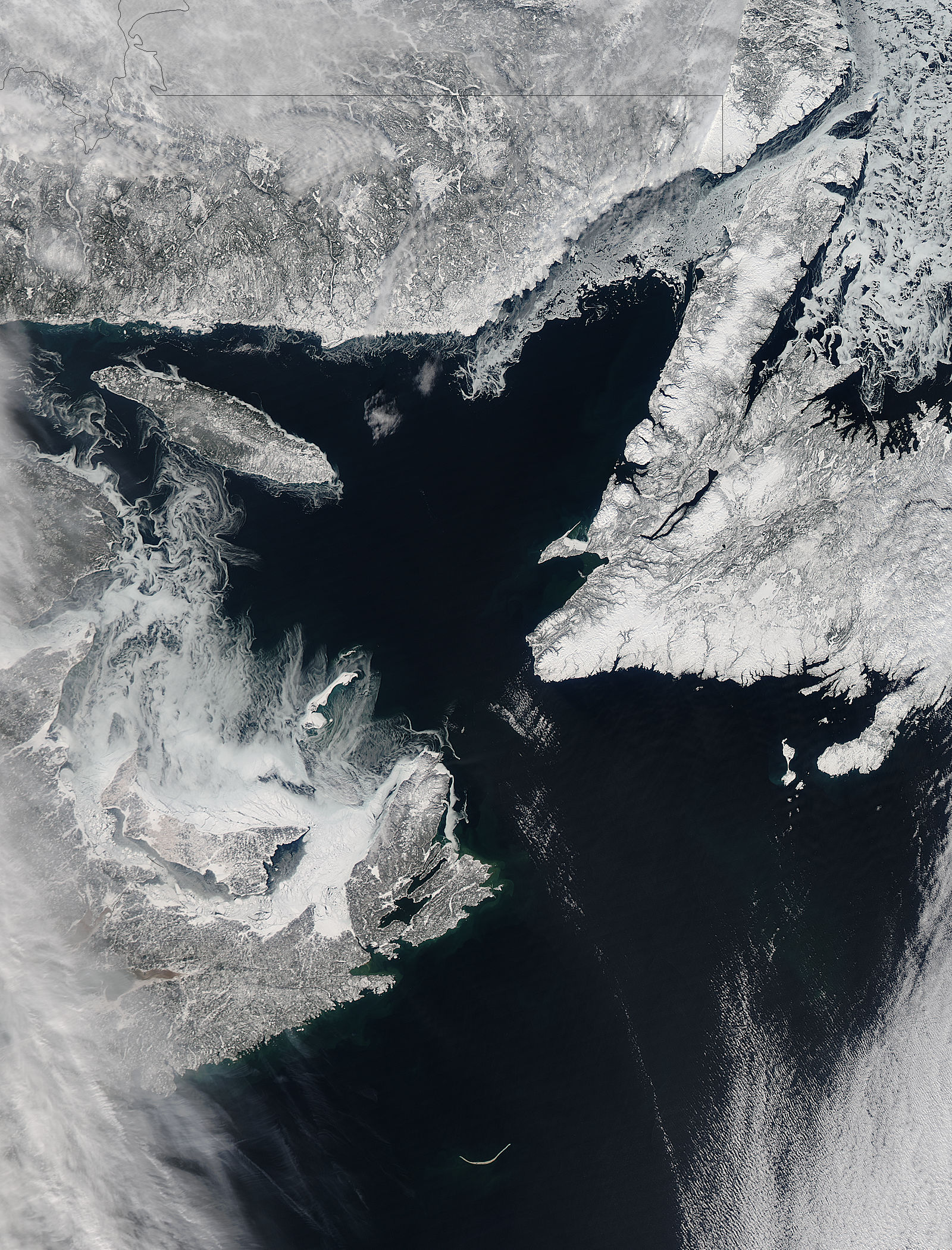 Every year, Arctic sea ice shrinks and grows, reaching its minimum in September and its maximum in February or March. As sea ice nears its maximum, it often begins to form in Canada’s Gulf of St. Lawrence. That’s likely what was happening when the Moderate Resolution Imaging Spectroradiometer (MODIS) on NASA’s Aqua satellite acquired this true-color image on February 11, 2013. The Earth System Research Lab of the National Oceanic and Atmospheric Administration (NOAA) reported that surface air temperatures in the region were well below freezing from February 5–12, 2013, although not unusually low for this time of year. Slightly below-normal temperatures prevailed from Nova Scotia northward past Île d’Anticosti, and eastward to the northern tip of Newfoundland—the same areas where sea ice appears in this image. Young sea ice is typically thin enough to be easily moved by winds and currents, and such ice often takes on serpentine shapes. Delicate swirls of ice are especially noticeable in this image south of Île d’Anticosti. Closer to Prince Edward Island, the ice appears thicker, likely forming in the area thanks to frigid northerly winds. Sea ice is also visible off Newfoundland, but it may have formed to the north and drifted southward along the Labrador coast.