By SpaceRef Editor
February 16, 2013
Filed under Earth, MODIS Image of the Day, NASA MODIS Web, US 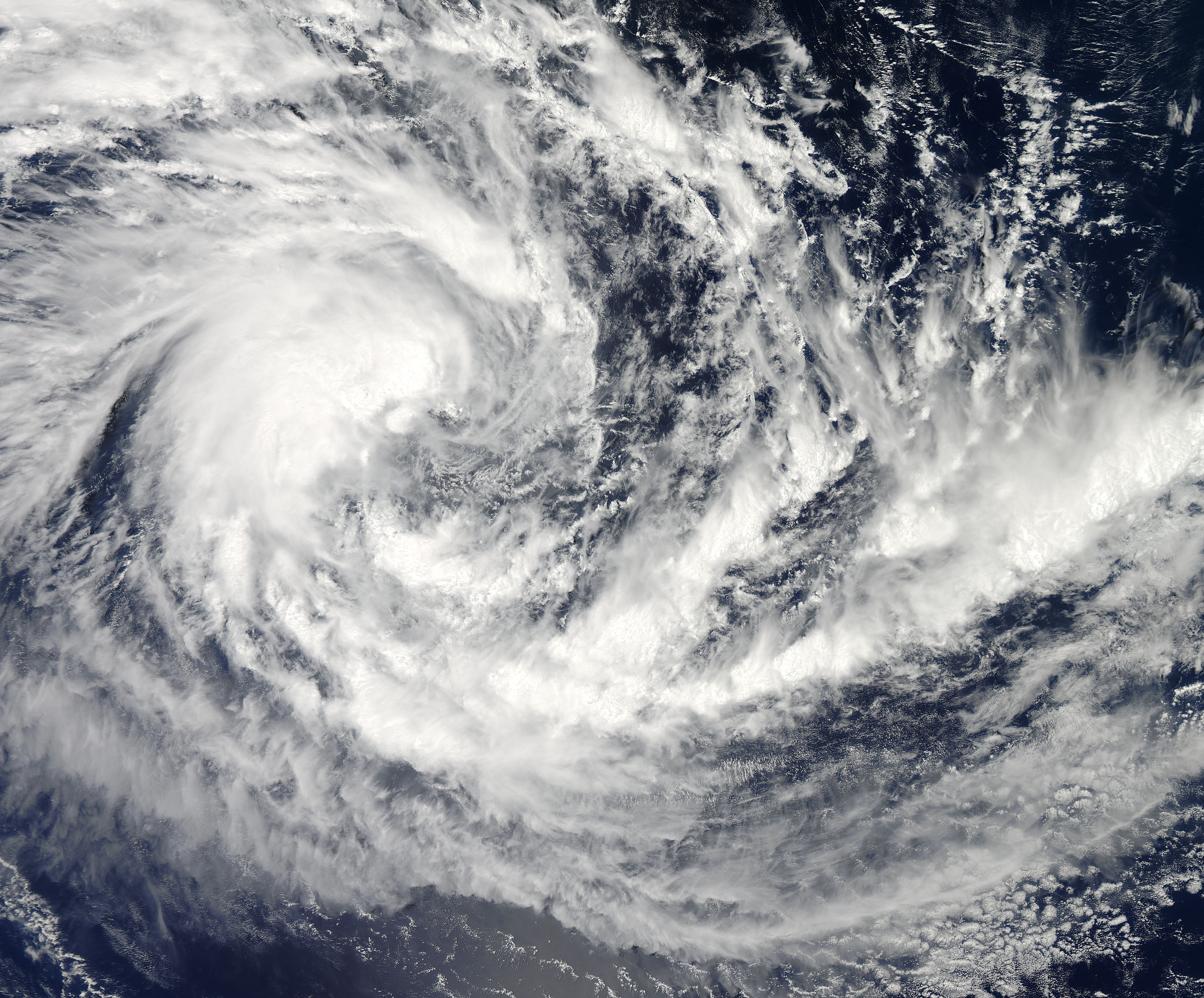 In mid-February, 2013 the fifteenth tropical cyclone of the Southern Indian Ocean season spun over the sea near Diego Garcia. Tropical Cyclone 15S, soon to be known as Cyclone Gino, developed from a low pressure system which was first seen on February 9. On February 11 at 0300 UTC the system reached tropical storm strength, and by February 12 maximum sustained winds had reached 86 mph (about 139 km/h), the equivalent of a category one hurricane on the Saffir-Simpson wind scale. On February 15 at 1500 UTC, the Joint Typhoon Warning Center (JTWC) released its tenth and final warning on the system as the storm, battered by wind shear, weakened and became extra-tropical, dissipating as it lived it’s life – over open ocean and away from land. On Feb. 11 at 0805 UTC the Moderate Resolution Imaging Spectroradiometer (MODIS) instrument aboard NASA’s Aqua satellite captured this true-color image of Tropical Cyclone 15S in the Southern Indian Ocean. Bands of strong thunderstorms were wrapping in to the storm’s well-defined center of circulation, an indication of a strengthening storm.