NASA MODIS Image of the Day: February 15, 2013 – Cloud Streets in the Labrador Sea

By SpaceRef Editor
February 15, 2013
Filed under Earth, MODIS Image of the Day, NASA MODIS Web, US 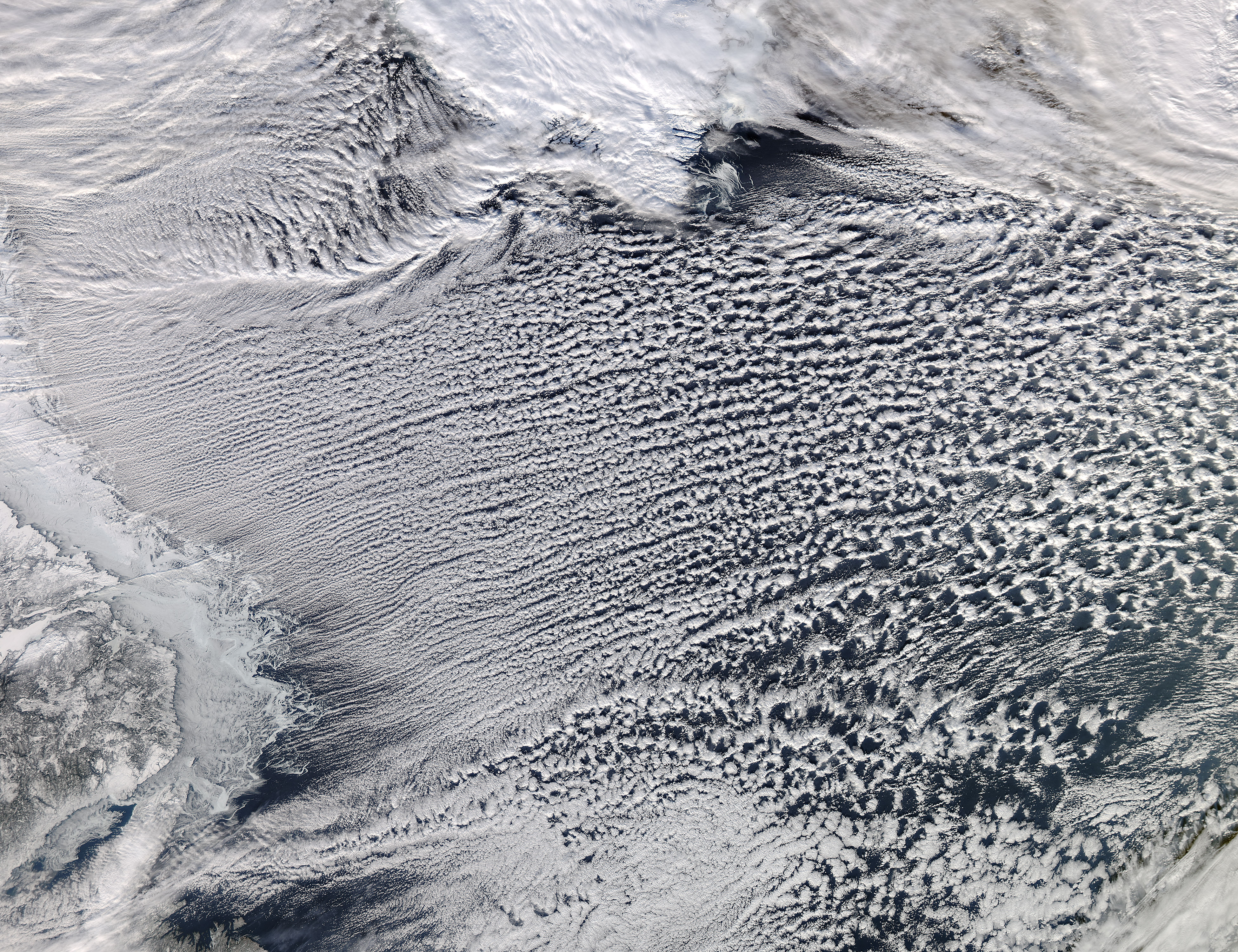 On February 3, 2013 the Aqua satellite passed over the cloud-covered Labrador Sea, allowing the Moderate Resolution Imaging Spectroradiometer flying aboard to capture this stunning true-color image. The large bands of cumulus clouds align with the whipping winter winds, forming a pattern known as “cloud streets”. Clouds streets form when low-level winds blow cold air over warmer waters, particularly when a warmer layer of air lies above both. Although the waters of the Labrador Sea are icy cold – as evidenced by the sea ice clinging to the coast of Labrador – the wind which blows across the frozen land and then out to sea must be even more frigid. The parallel rows of cloud match the direction of the winds. As the clouds first form, the clouds are narrow and very well-defined. On the further end of the street, as the clouds age, they begin to spread out and intermingle, forming a larger bank of clouds. In this image, the streets are well defined just off the coast of Labrador, and broaden east of Green, evidence that the wind was blowing towards the north east.