By SpaceRef Editor
February 12, 2013
Filed under Earth, MODIS Image of the Day, NASA MODIS Web, US 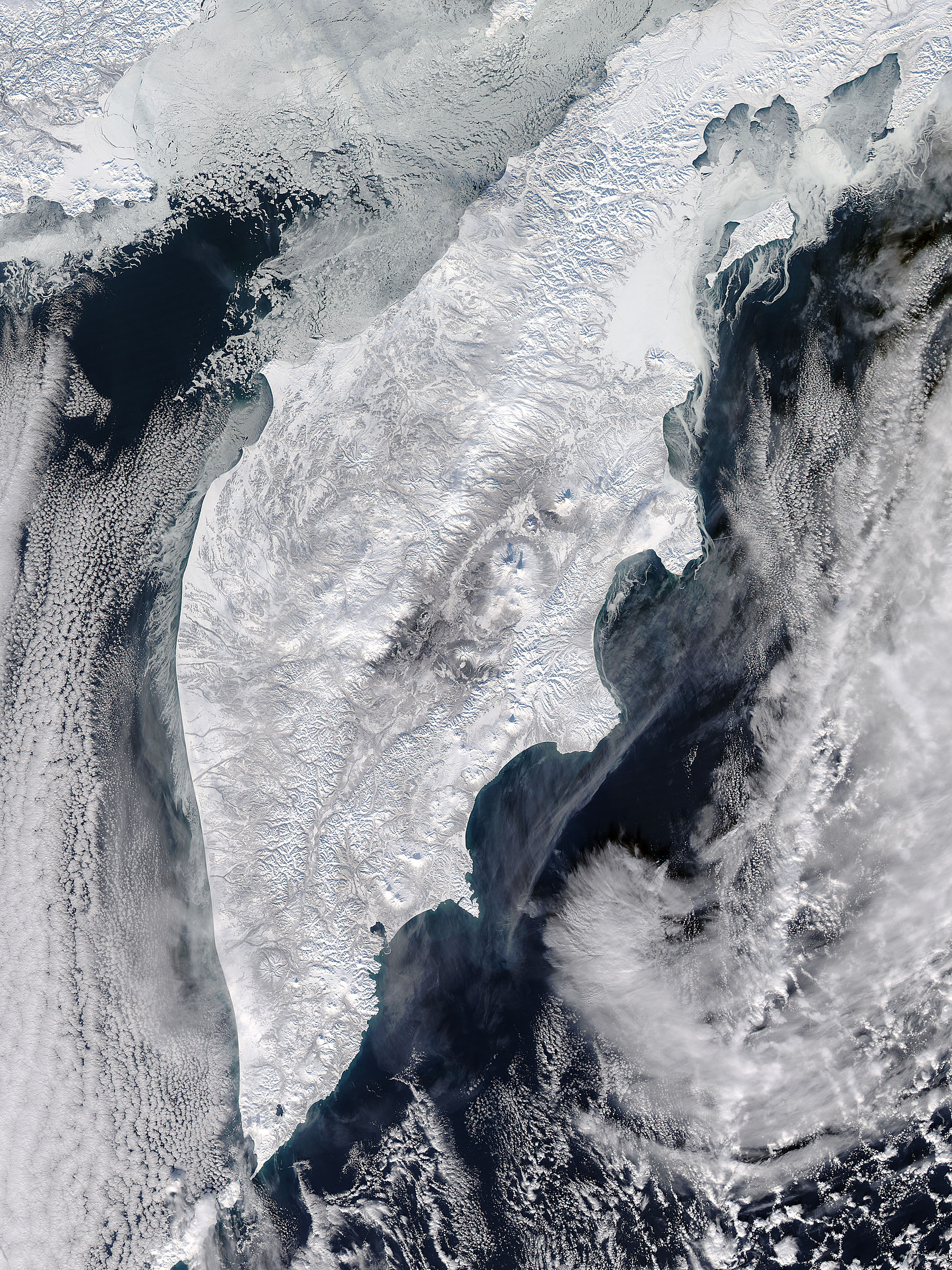 Russia’s Kamchatka Peninsula was fully dressed in winter white on January 31, 2013 when the Moderate Resolution Imaging Spectroradiometer aboard the Aqua satellite captured this spectacular true-color image of the frigid region. Snow covered all of Kamchatka, including the Sredinnyy Khrebet Mountains, which form the central backbone of the Peninsula. Sea ice hugs the northern coastlines, creating a patchwork pattern of broken-edged sheets over the Sea of Okhotsk (west) and a bright white, solid sheet in the Karaginsky Gulf (east). Layers of swirling cloud complete the frosty scene. The Kamchatka Peninsula has the highest concentration of active volcanoes on Earth. More than 300 volcanoes are found here, of which 28 are considered currently active. Most of the active volcanoes appear in this image as white, circular mountains with tall shadows which fall to the north of the tall peaks. Gray colors the snow near some volcanoes, such as the huge Klyuchevskoy which lies near the middle of the image.