By SpaceRef Editor
December 8, 2012
Filed under Earth, MODIS Image of the Day, NASA MODIS Web, US 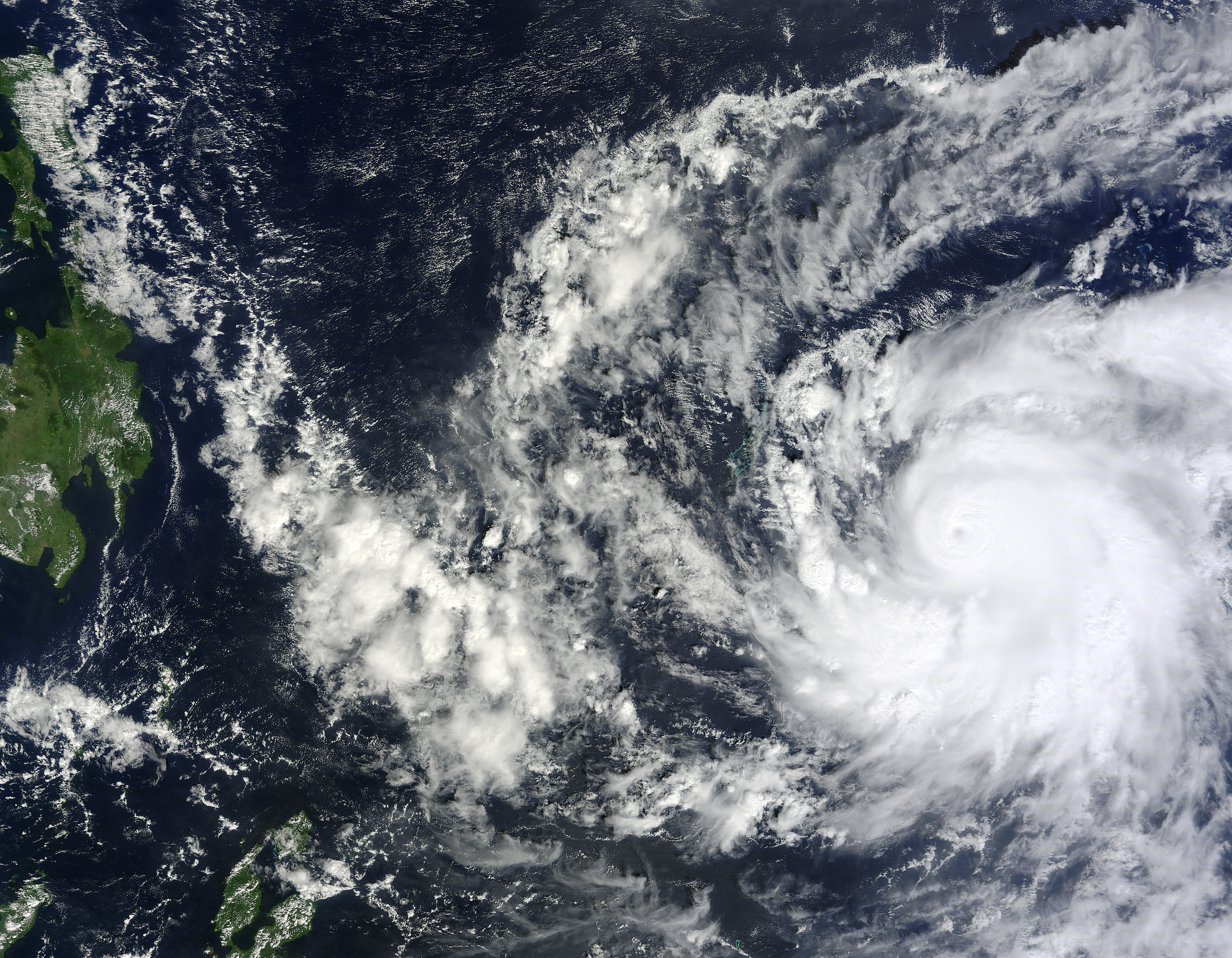 Early in the morning of December 4, 2012 the monstrous Category 5 Super Typhoon Bopha slammed into the southern Philippines, battering the islands with sustained winds of over 161 mph (259 km/h) and dumping torrential rains across the region. The heaviest rain, estimated at over 240 mm (about 9.4 in) was located near the coast of eastern Mindanao, where the typhoon first made landfall. Much of the rest of eastern Mindanao received over 100 mm (3.9 in). On December 5, Bopha crossed over Palawan and entered the South China Sea. According to the United Nations Office for the Coordination of Humanitarian Affairs (OCHA), as of 4 p.m. at December 7, there were 5,317,275 people in the Philippines affected by the storm, with 456 killed and 533 missing. Over 28,500 houses had been damaged and 17,580 destroyed. These numbers are likely to rise as damage assessment progresses over the next several days. Local reports describe numerous roads flooded, deadly mudslides and estimated destruction of as much as 80 percent of plantations in Compostela. On December 7 at 1500 UTC (10 a.m. EST, U.S.), Typhoon Bopha’s maximum sustained winds were back up to 126 mph (203.7 km/h). Bopha was in the South China Sea near 15.7 north latitude and 116.3 east longitude about 322.2 miles (518.6 km) west of Manila, the Philippines. Bopha was moving to the north-northeast at 10.3 mph (16.6 km/h), but is expected to make a cyclonic loop over the weekend of Dec. 8 and 9, with its center staying at sea. The west coast of Luzon may experience rough surf over the next several days as Bopha makes its circle. The Moderate Resolution Imaging Spectroradiometer (MODIS) aboard NASA’s Terra satellite captured this true-color image on December 2 as the storm took aim on Mindanao. At this time, Bopha (locally known as Pablo) was an intensely dense storm, forming a tight apostrophe shape around a partially cloud filled eye.