By SpaceRef Editor
December 7, 2012
Filed under Earth, MODIS Image of the Day, NASA MODIS Web, US 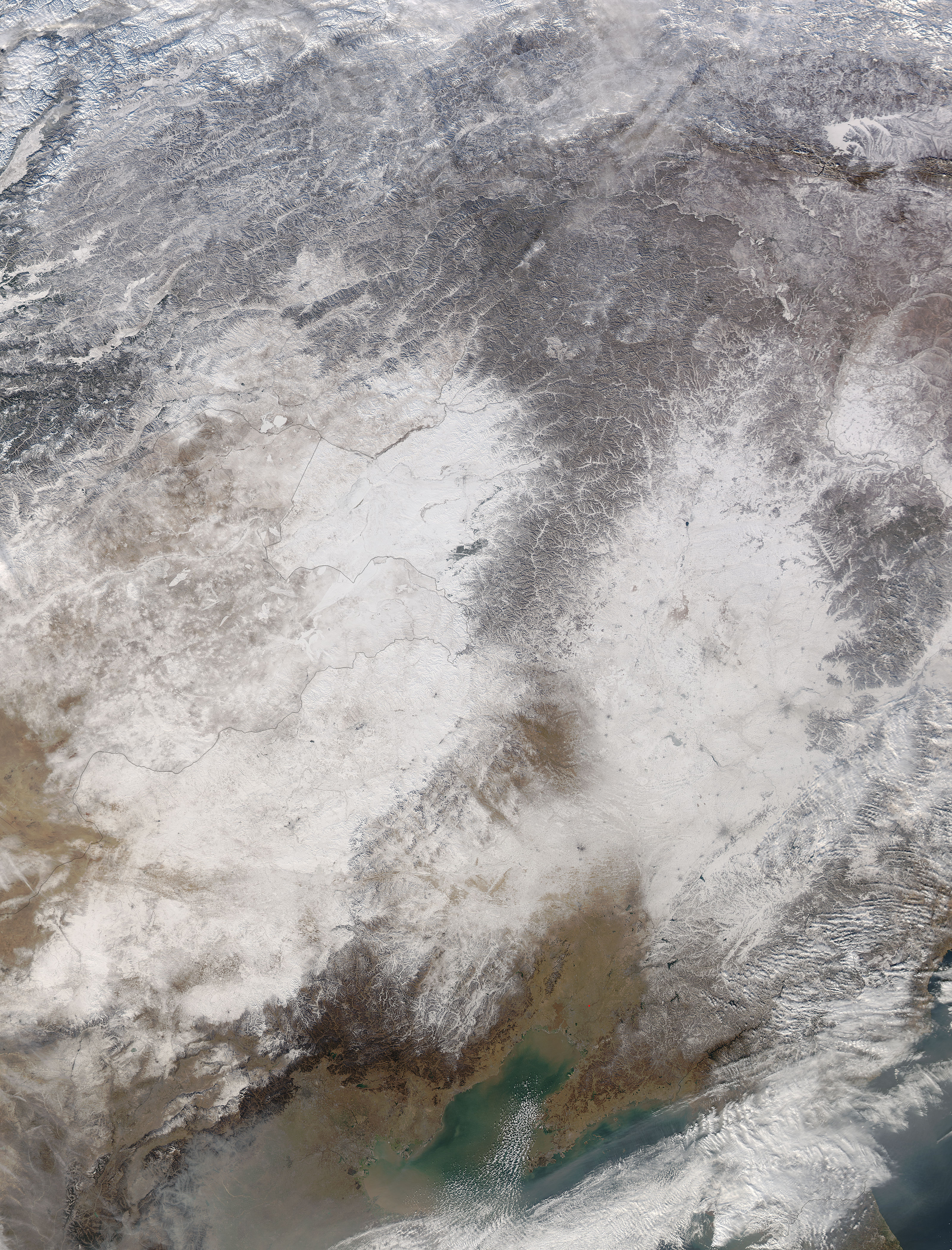 A cold front swept over eastern Asia in late November, 2012, bringing frigid temperatures and widespread snowfalls over the region. Temperatures plunged in Northeast China by 4-8°C (7.4 – 14.4°F) as the cold front moved through. Taiyuan Wusu International Airport, the largest airport in Shanxi Province, China, was closed due to heavy snowfall, and the closure affected 117 flights, according to Xinhua News. The Moderate Resolution Imaging Spectroradiometer (MODIS) aboard NASA’s Aqua satellite captured this true-color image on November 30 at 5:10 UTC (1:10 p.m. China Standard Time). At this time, snow covers almost the entire region, including Russia (north), Mongolia (west), northern China (central country) and North Korea and South Korea (southeast section). Black lines have been overlain on the scene to distinguish the boundaries of the countries. November has been an unusually warm month in much of China, but the late autumn month has also brought several sweeping snowstorms. Earlier this month, a snow storm brought blizzard conditions to Jilin Province. About 35 cm (13.8 inches) of snow fell in Shulan city over two days on November 12-13. This was reported to be the highest recorded amount of snowfall in the province since 1960.