By SpaceRef Editor
December 31, 2012
Filed under Earth, MODIS Image of the Day, NASA MODIS Web, US 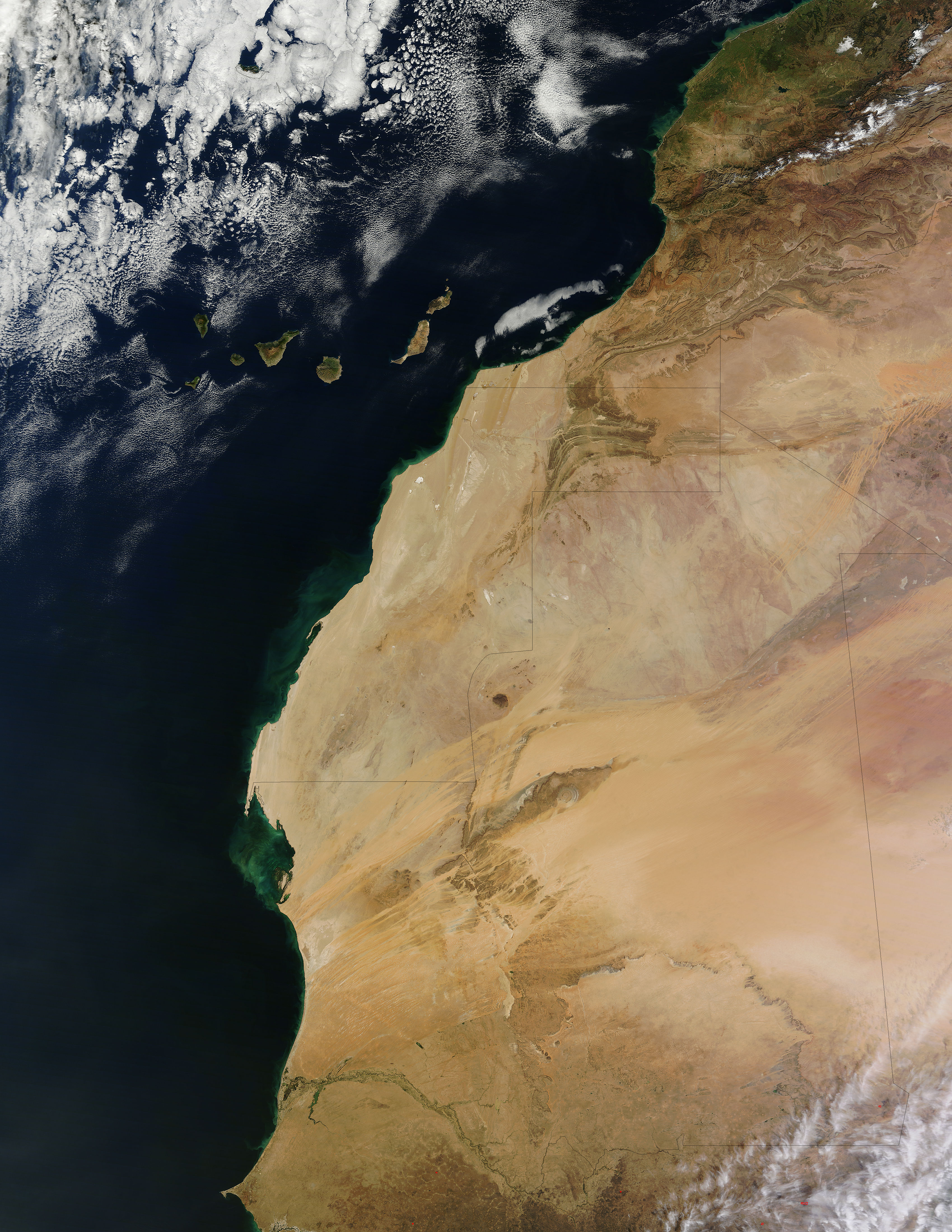 The spectacularly complex colors and textures of West Africa were visible in brilliant detail in mid-December, 2012. The Moderate Resolution Imaging Spectroradiometer (MODIS) aboard NASA’s Terra satellite captured this spectacular true-color image on December 18 from its overhead orbit. West Africa, the westernmost region of the African continent, is the area west of an imagined north-south axis near 10° east longitude. The northernmost part of this geographic area is also part of the Maghreb, which is made up of Morocco , found on the northern coast and Western Sahara, just to the south, Algeria, which lies inland and west of Morocco and Tunisia (not visible in this image). The three countries of West Africa captured in this image, which are not part of the Maghreb, are Mauritania (south of Western Sahara), Senegal (on the southern-most coast) and Mali (inland). The landscape of West Africa is dominated by desert and semi-desert regions, which appear tan in color from space. The hues of tan vary from a velvety light, sandy-colored tan to shades of violet, depending on the soil structure and geography. Fine-grained sand, which is easily driven aloft by strong winds to form massive sand storms, is abundant in the Sahara Desert, yet sand and sand dunes makes up only a portion of the vast Sahara. Most of the Sahara consists of a formation called “hamada” – an arid landscape consisting of barren, hard, rocky plateaus with little sand. While West Africa is most famous for the shifting sands and arid desolation of the Sahara Desert, the environment ranges from extremely arid to lush tropical rainforests. In general, the climate gets wetter in the south, and drier more northerly. Just south of the Sahara – and south of this image- the land becomes semi-arid, then dry grasslands, then forests and finally moist forests. While the north is generally dry, the Atlas Mountains of Morocco are rich in vegetation, and well forested. They can be easily located by the expanse of green, which represents the rich vegetation of the mountainous region.