By SpaceRef Editor
December 23, 2012
Filed under Earth, MODIS Image of the Day, NASA MODIS Web, US 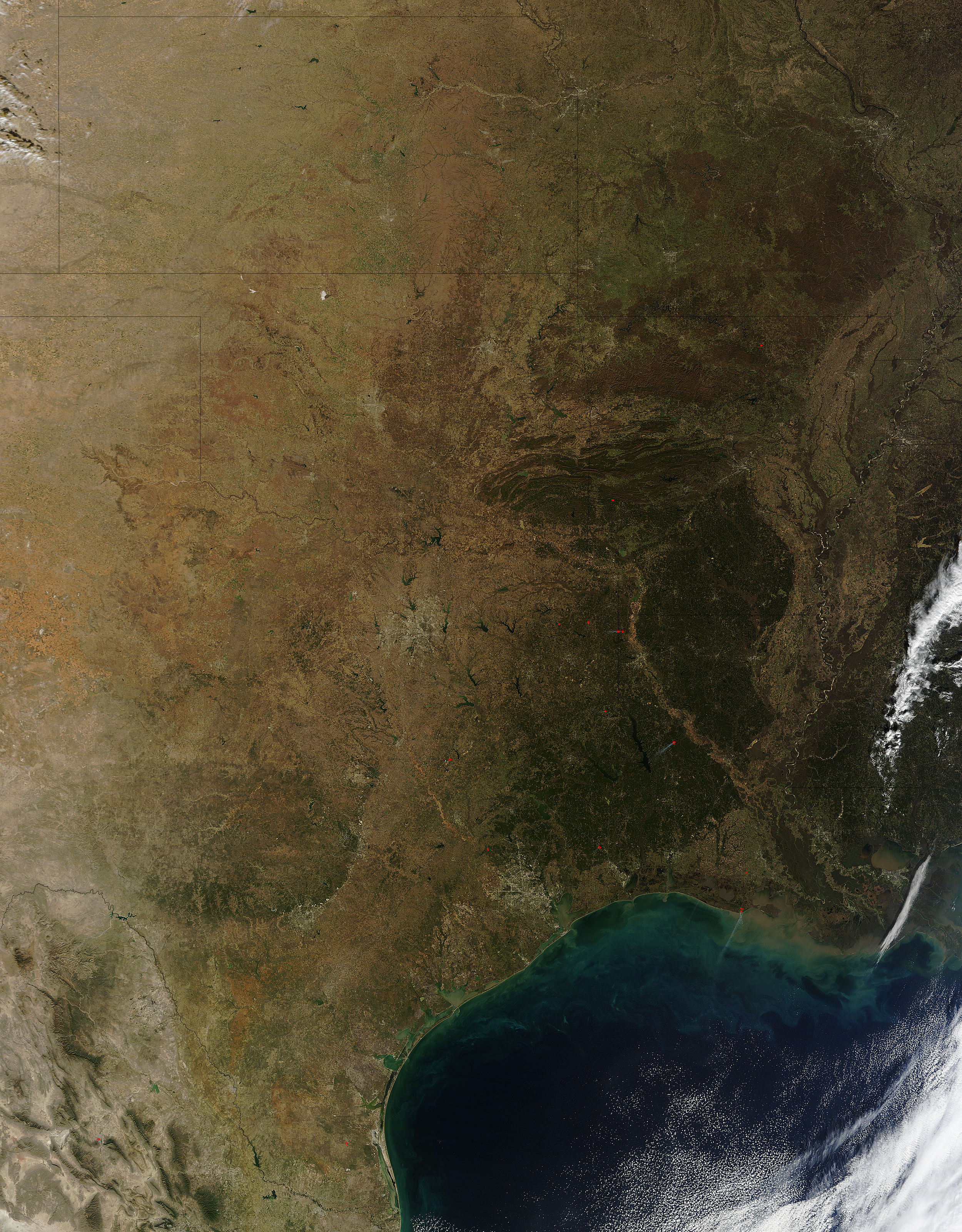 Sunny, dry conditions have become all too common across the southcentral United States in 2012, and this clear day in mid-December was no exception. The Moderate Resolution Imaging Spectroradiometer (MODIS) aboard NASA’s Terra satellite captured this true-color image on December 12, 2012 as it flew over the region. Tan dominates the landscape, with some sprinkles of light green vegetation scattered throughout, and dark green forests grace sections of the east and southeast. Parts of eight states are seen in this image. A small portion of eastern Colorado lies in the northwest, and a strip of Nebraska in the north. Missouri and Arkansas, both relatively rich in green vegetation, lie to the east. Centrally, the entire state of Kansas lies north of Oklahoma, and the large state of Texas is found to the south. Mexico comprises the southwest section of the image. The southcentral United States has been suffering under drought conditions throughout the year. On the same day as this image was captured, the U.S. Drought Monitor reported that drought continued to expand through many key farming states, as scattered rainfall over the last week failed to replenish parched soils. Kansas, a primary wheat producer, was listed with 100% of the state in at least “severe” drought, up from 99.34% a week earlier. Almost 78% of that state remained in at “extreme drought” – the second worst drought level. The situation worsened over the previous week in Oklahoma as well, with the percentage of the state in at least extreme drought at 90.92 percent. In Texas more than 32% of the state was in extreme drought, and more than 65% of the state in at least severe drought. A strong storm system moved across the region on December 19 – 21, bringing some precipitation to Colorado, Kansas, Nebraska and parts of Oklahoma. However, snowfall was light in the hardest-hit areas of drought, and is not expected to substantially affect soil moisture. Additional snow is forecast for parts of Nebraska, Oklahoma and Arkansas over the next few days.