By SpaceRef Editor
December 20, 2012
Filed under Earth, MODIS Image of the Day, NASA MODIS Web, US 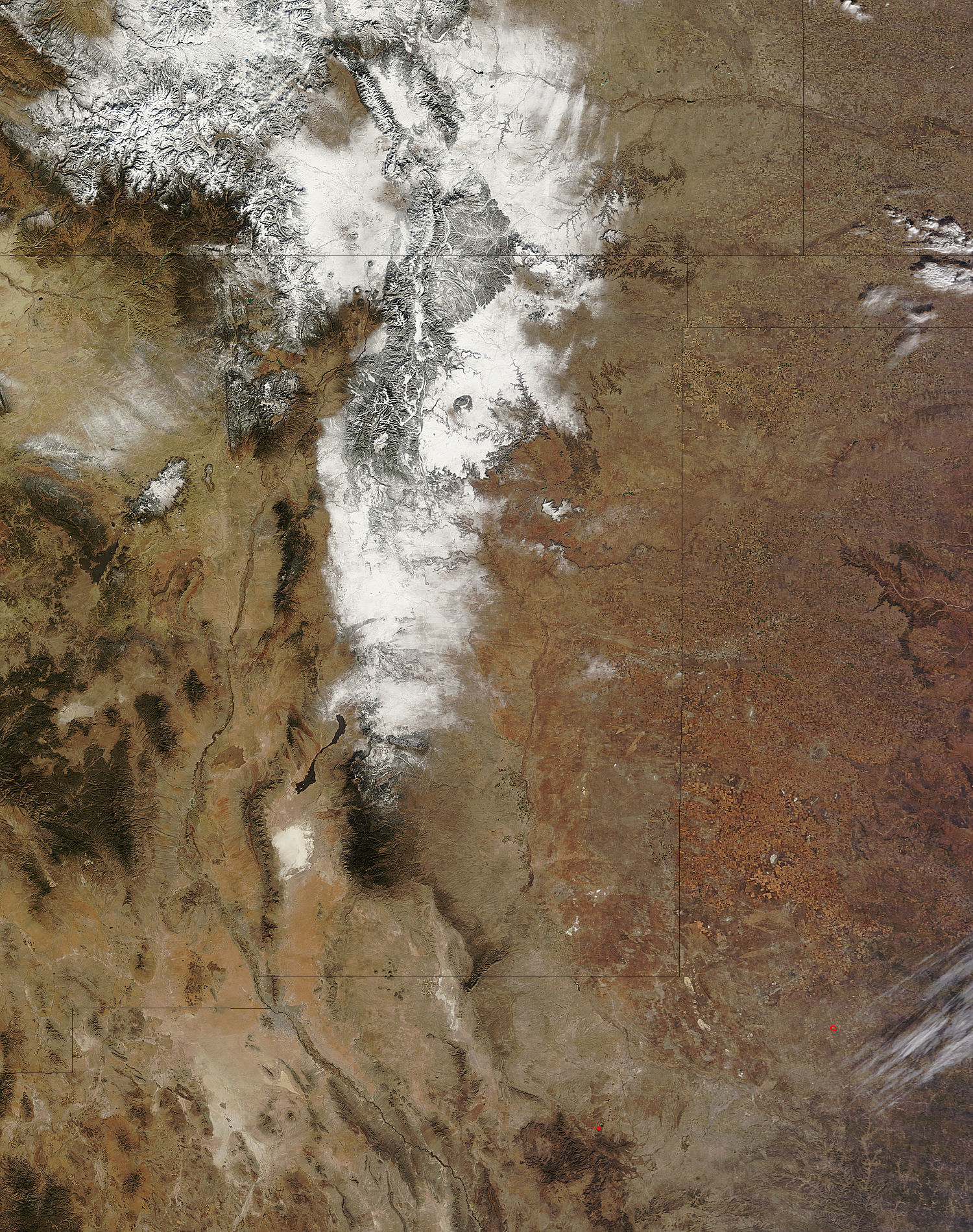 After a heavy snow fall a few days earlier, snow lingered in the mountains of New Mexico on December 11, 2012. A heavy snowfall on December 9 covered both the mountains and plains of southeastern Colorado and northern New Mexico with a thick white layer. By the next day, the snow had already melted from the lower elevations. The Moderate Resolution Imaging Spectroradiometer (MODIS) aboard NASA’s Terra satellite captured this true-color image at 1800 UTC (6:00 p.m. local time). In this image, the mountains retain their snow, but the lower elevations are the tan color of dried grassland. On the night of December 18, heavy snow once again began to fall in northern New Mexico’s mountains as a major winter storm began to gather strength in the southwestern United States. Flagstaff, Arizona reported several inches of snow and up to a foot fell in southern Colorado. Conditions worsened the next day, as heavy snowfall and blizzard conditions came to the 1-25 corridor from southern Colorado to Wyoming. This newest winter storm is predicted to roll to the northeast, bringing blizzard conditions to the Plains and Midwest on December 20, and then bring wintery weather to the northeastern United States later in the week.