By SpaceRef Editor
December 17, 2012
Filed under Earth, MODIS Image of the Day, NASA MODIS Web, US 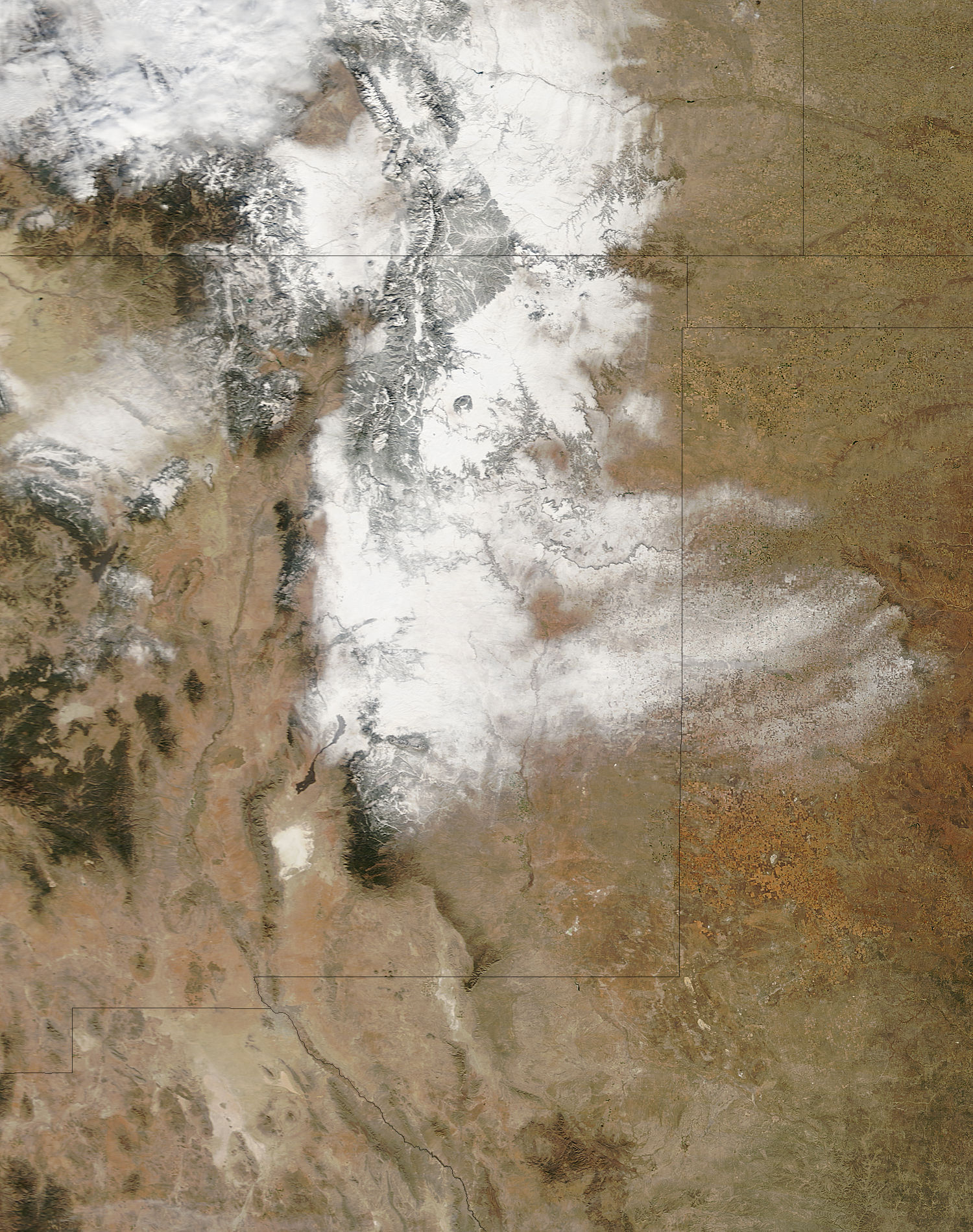 An arctic front passed through New Mexico on December 9, 2012, dropping heavy snow and closing roads in the mountains. The state Department of Transportation reported heavy snow created difficult driving conditions and forced the closure of part of Interstate 40. In Santa Fe, multiple accidents occurred on parts of Interstate 25. To the north, in Colorado, the same system dumped snow over many mountain ski resorts, causing some local reports to crown December 9 as the “First Powder Day” of the season. The Moderate Resolution Imaging Spectroradiometer (MODIS) aboard the Terra satellite passed over the region at 17:20 UTC (10:20 a.m. local time) on December 10, and captured this true-color image of fresh snow covering the region. New Mexico is the state in the center of the left border, and Colorado lies due north. Clockwise from the north the other states are: Kansas, Oklahoma and Texas. Mexico remains snow-free and lies in the lower left corner of the image.