By SpaceRef Editor
December 16, 2012
Filed under Earth, MODIS Image of the Day, NASA MODIS Web, US 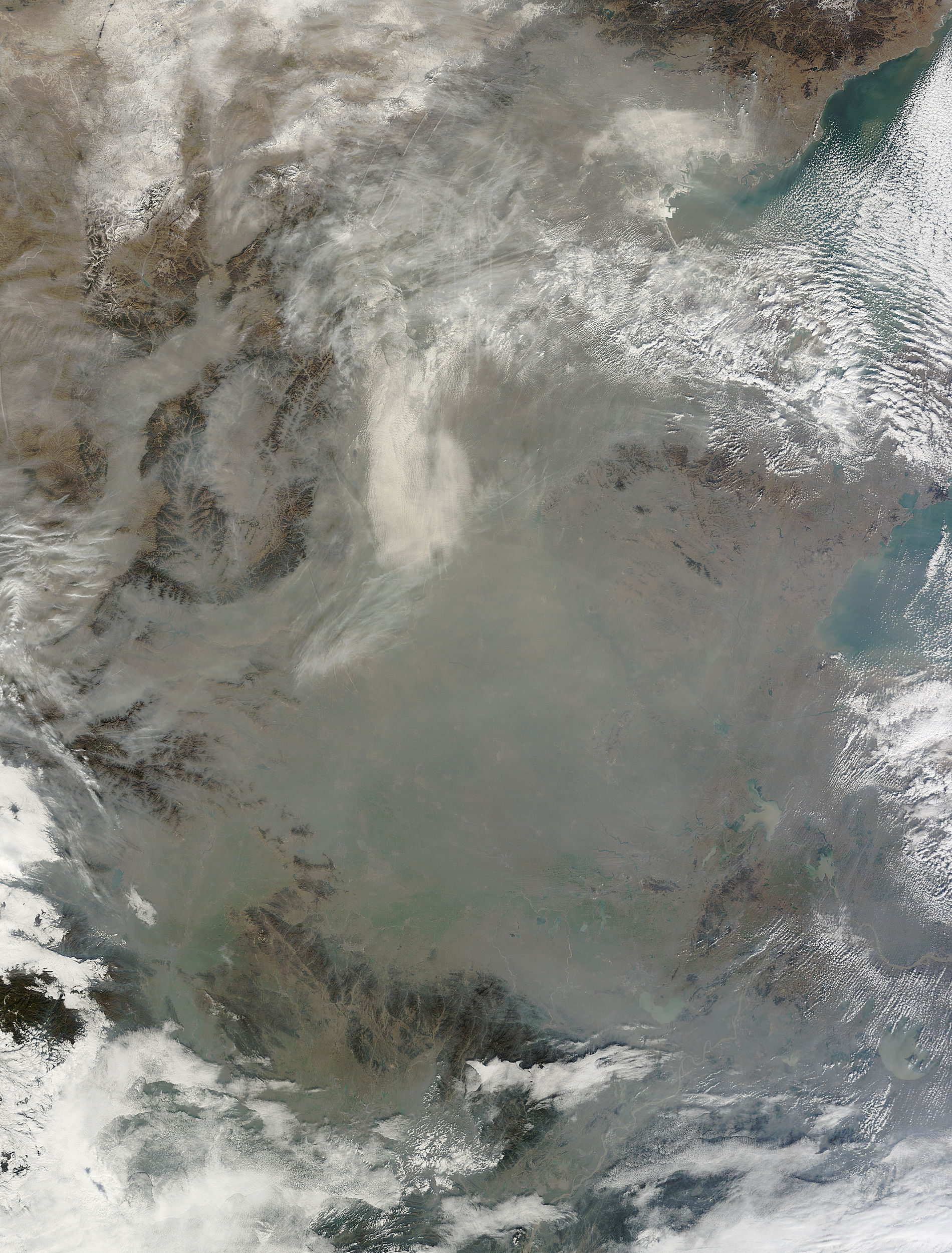 Haze hovered over eastern China in mid-December, 2012. The haze, likely a combination of dust and air pollution, stretched from northern China across much of the coastal plain. The Moderate Resolution Imaging Spectroradiometer (MODIS) on NASA’s Terra satellite captured this true-color image on December 11. In this image, the Yellow Sea sits in the upper right corner, and is nearly obscured by the haze. The three-fingered Hung-Tse Lake can be seen in the eastern section of the image, and appears tan. The Dabie Mountains can be seen in the southwestern section of the image. Throughout November and December, thick haze has often blanketed this part of China. One common cause of poor winter air quality is a temperature inversion, in which a layer of cold, dense air gets trapped beneath a more buoyant layer of warm air. As long as the temperature inversion persists, pollution builds in the trapped pocket of air near the ground. Airborne particles are often measured in microns (also micrometers), or one-millionth of a meter. Particles with diameters of 2.5 microns or smaller—about one-thirtieth the width of a human hair—are believed to pose the greatest health risks because they can lodge deeply in the lungs, according to the U.S. Environmental Protection Agency. The U.S. Embassy in Beijing measures fine particles, known as PM2.5, and reports the measurements though the BeijingAir Twitter feed. The embassy reported air quality ratings ranged from “unhealthy to “very unhealthy” on the day this image was acquired.