NASA MODIS Image of the Day: December 13, 2012 – Snow in Corsica and Sardinia

By SpaceRef Editor
December 13, 2012
Filed under Earth, MODIS Image of the Day, NASA MODIS Web, US 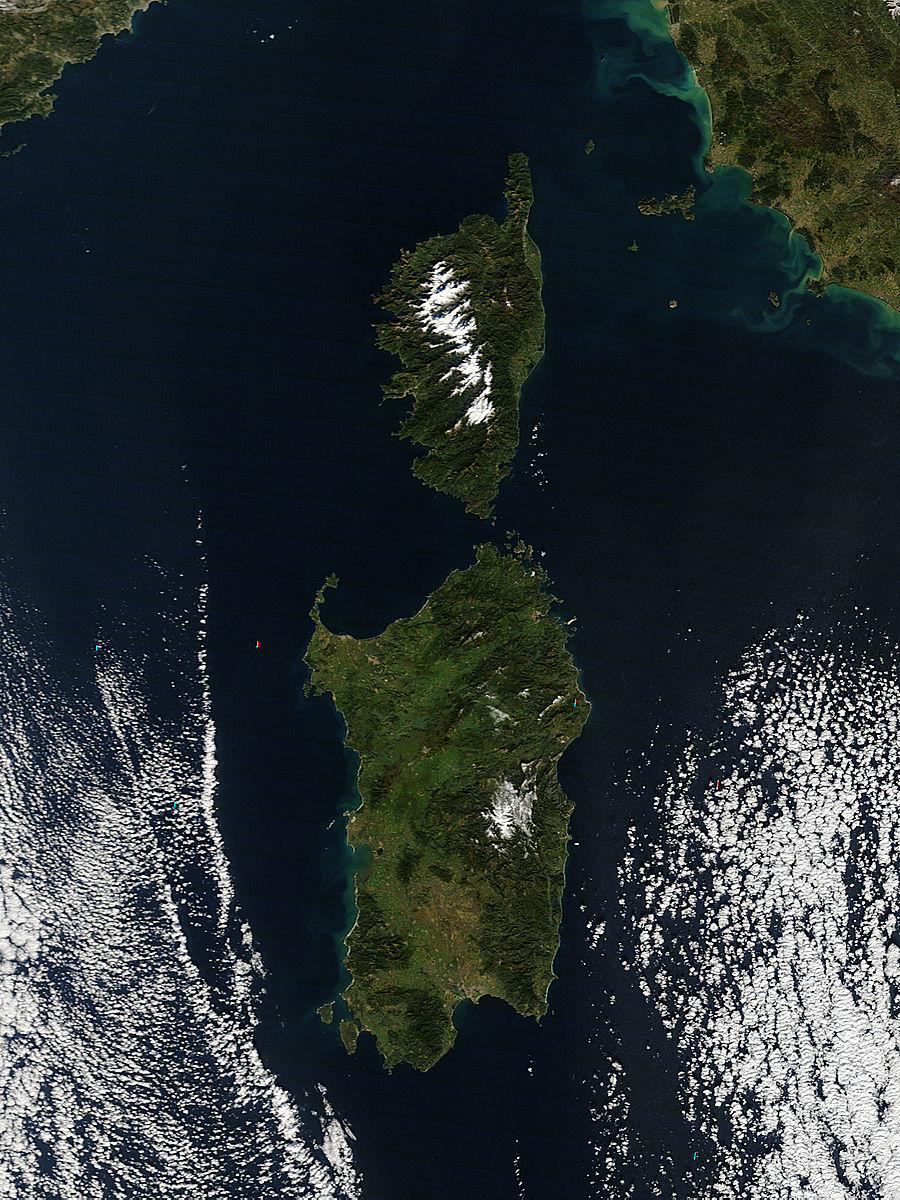 Fresh snowfall blanketed the green hills of Corsica and Sardinia in early December, 2012. The Moderate Resolution Imaging Spectroradiometer (MODIS) aboard NASA’s captured this true-color image on December 9 as it passed over the region. The island provinces of Corsica, France (north) and Sardinia, Italy (south) sit in the blue waters of the Mediterranean Sea, southeast of the mainland of France. The islands experience hot, dry summers and mild winters, but snowfall is common on both islands. Three small ski resorts currently operate in Corsica, with plans in the works to build a larger resort in the future. The ski season in Corsica usually runs from December to April. Most of the significant snowfall, however, occurs February to March. With the relatively warm temperatures, the snow tends to be powdery and the weather conditions rapidly changeable in the high mountain areas.