NASA MODIS Image of the Day: December 1, 2012 – Dust across the Arabian Sea

By SpaceRef Editor
December 1, 2012
Filed under Earth, MODIS Image of the Day, NASA MODIS Web, US 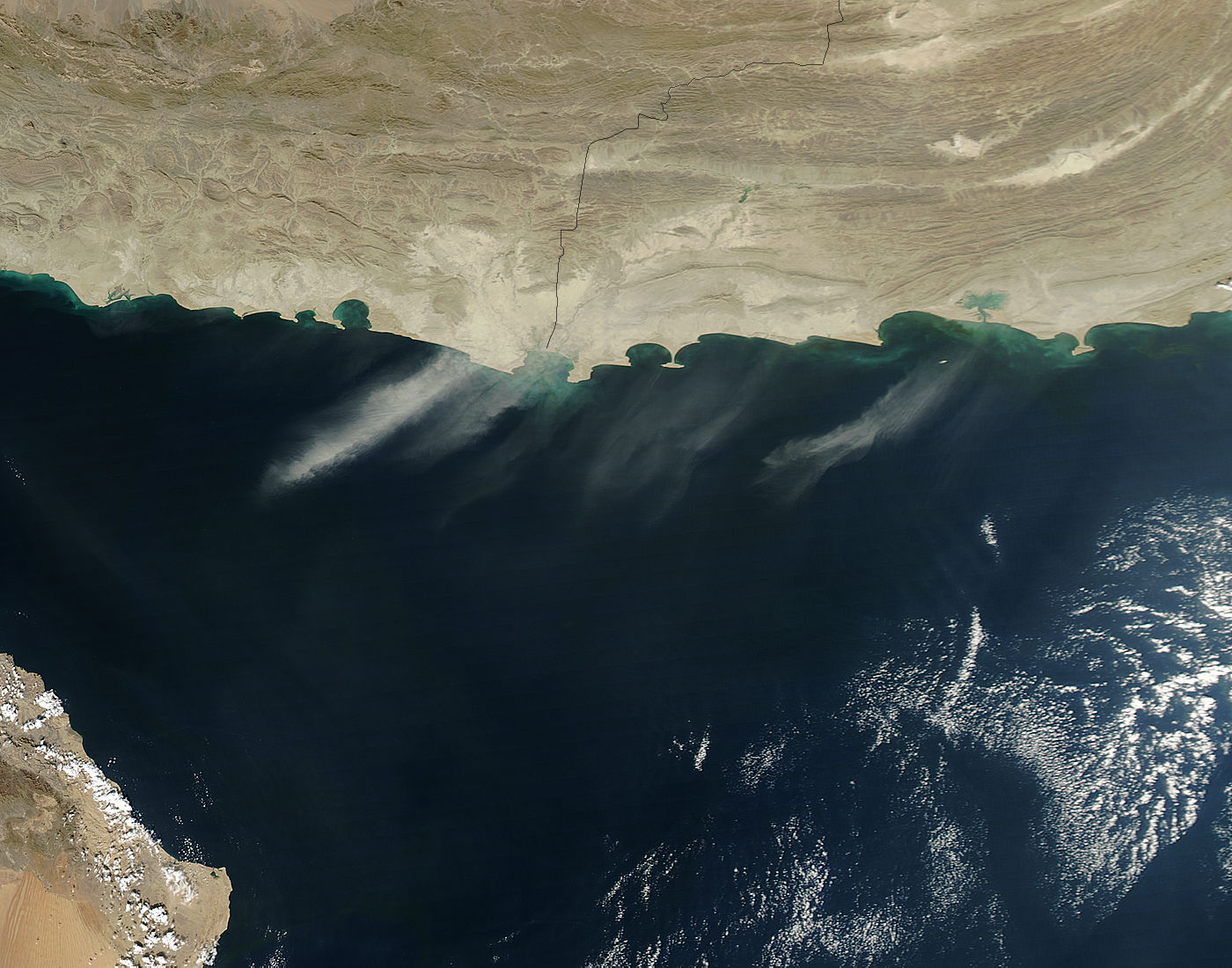 Dust plumes blew over the Arabian Sea in November 2012. The Moderate Resolution Imaging Spectroradiometer (MODIS) on NASA’s Aqua satellite captured this natural-color image on November 18. Multiple plumes blew off the coast of Iran and Pakistan toward the southwest. The thickest plume blew away from the coast just west of the Iran-Pakistan border. Source points for the dust plumes are not obvious in this image, but southeastern Iran and southwestern Pakistan are both home to sandy deserts. In addition, impermanent lakes occur along the borders between Iran, Afghanistan, and Pakistan. Lakebed sediments and sand seas often provide fine particles for dust storms.