By SpaceRef Editor
April 1, 2013
Filed under Earth, MODIS Image of the Day, NASA MODIS Web, US 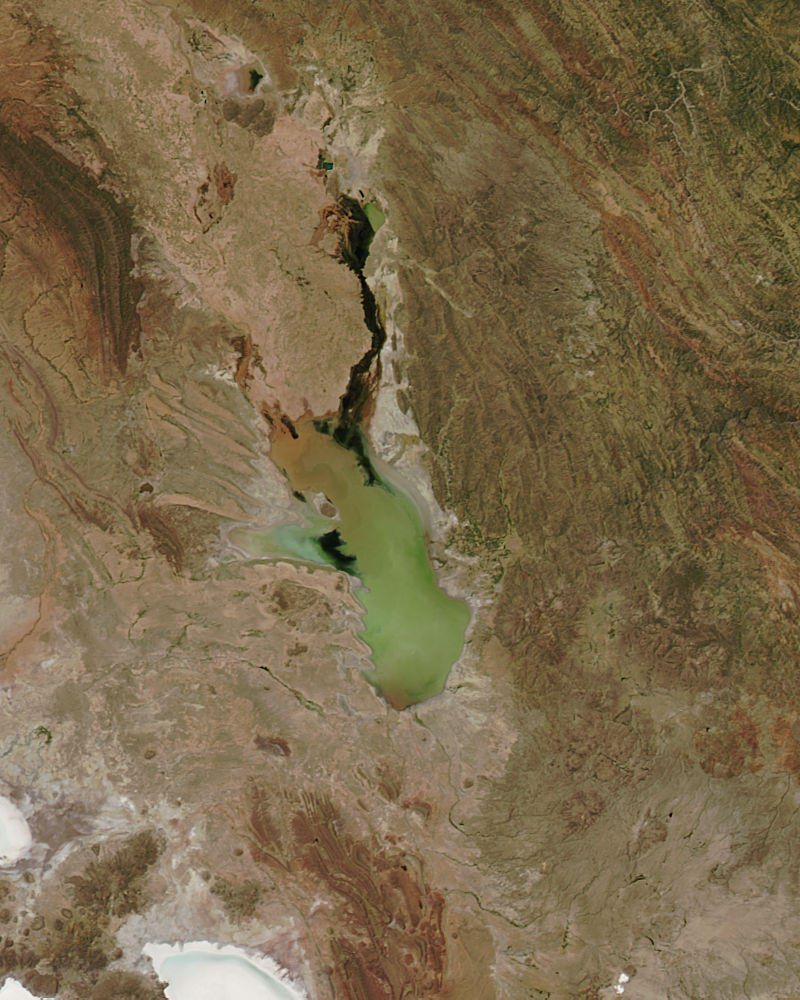 On March 20, 2013 the Moderate Resolution Imaging Spectroradiometer (MODIS) aboard NASA’s Aqua satellite passed over the Bolivian Altiplano and captured this true-color image of the murky green waters of Lake Poopó. Situated between two mountain ranges – the western and eastern central Andes- the Altiplano holds two major lakes: the freshwater Lake Titicaca in the north and the saline Lake Poopó in the south. The Desaguadero River joins the lakes, allowing water to slowly flow from the larger Titicaca to Lake Poopó through the reed-filled river channel. Water leaves Poopó by evaporation. It is a terminal lake and therefore has no outflow. In wet weather, the Desaguadero River feeds an extensive system of marshes and keeps the water level in Lake Poopó high. In dry weather, or when the Desaguadero River fills with silt, Poopó can become quite shallow – at times appearing almost dry. This has happened several times in the twentieth century. There is some concern that in a warming climate that the lake could be lost as water evaporates, leaving behind only salt flats, similar to the broad white salt pans of the Salar de Uyuni which are located nearby.