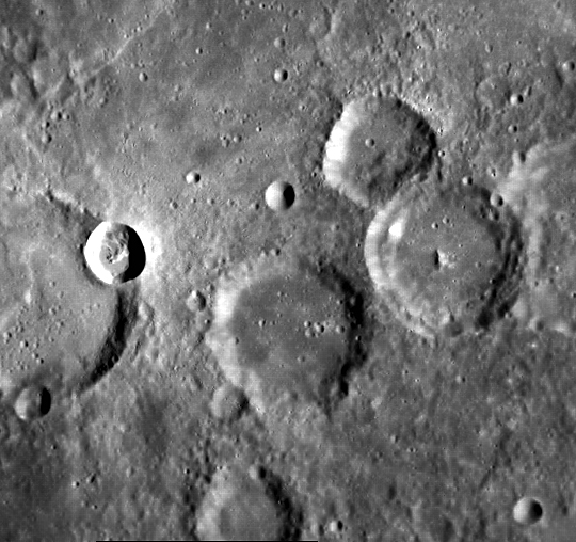 The small crater at the left side of this image is named for Juan de Mena, a Spanish poet of the 15th century. Mena has extensive bright rays, which can be better appreciated in the global map of Mercury (right on the equator, part way in from the left). Mena formed on the rim of an existing crater, which may help to explain the asymmetric pattern of Mena’s rays.

The MESSENGER spacecraft is the first ever to orbit the planet Mercury, and the spacecraft’s seven scientific instruments and radio science investigation are unraveling the history and evolution of the Solar System’s innermost planet. Visit the Why Mercury? section of this website to learn more about the key science questions that the MESSENGER mission is addressing. During the one-year primary mission, MDIS is scheduled to acquire more than 75,000 images in support of MESSENGER’s science goals.