By SpaceRef Editor
May 30, 2012
Filed under Jet Propulsion Laboratory, Mars, Mars 2003 Rovers, US 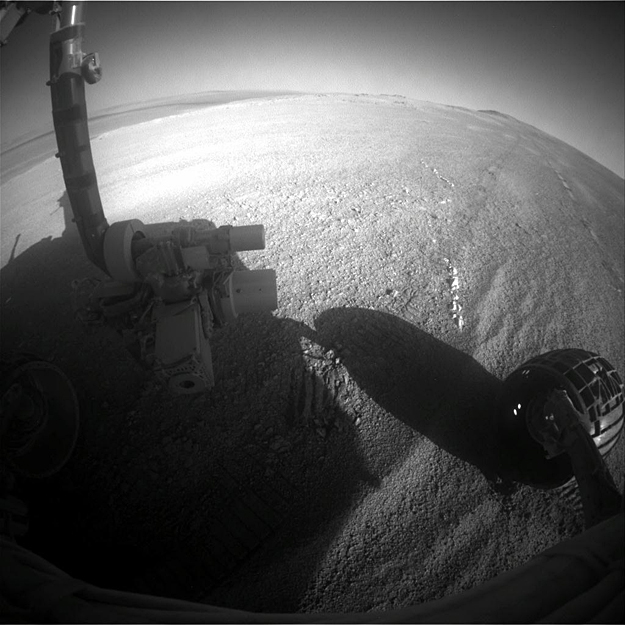 Sols 2956-2961, May 18-23, 2012: After moving from her winter perch, Opportunity drove to an undisturbed dusty patch to investigate the chemical origin of the ubiquitous Martian dust.

On Sol 2957 (May 19, 2012), the rover used her robotic arm to collect a Microscopic Imager (MI) mosaic of the surface target, called “North Pole.” This was followed by an Alpha Particle X-ray Spectrometer (APXS) placement for a multi-sol integration. On Sol 2960 (May 22, 2012), Opportunity repositioned the robotic arm instruments on an associated target for another set of Microscopic Imager mosaics followed by a placement of the APXS for a long measurement.

The plan ahead is to resume driving toward the north end of Cape York in search of more gypsum veins. The rover benefited from another small dust cleaning event, improving solar array energy production. With the seasonally improving solar insolation and the recent dust clearing events, the rover is now experiencing solar array wake-ups, the autonomous rover wake-ups induced by bright morning sunlight. 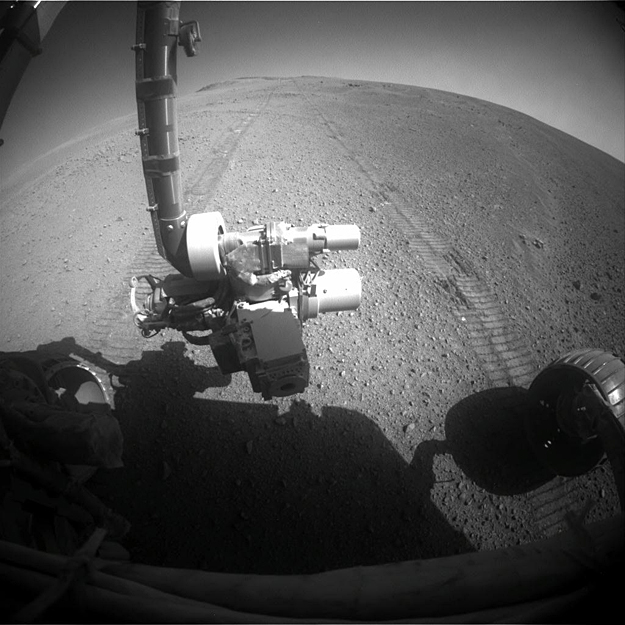 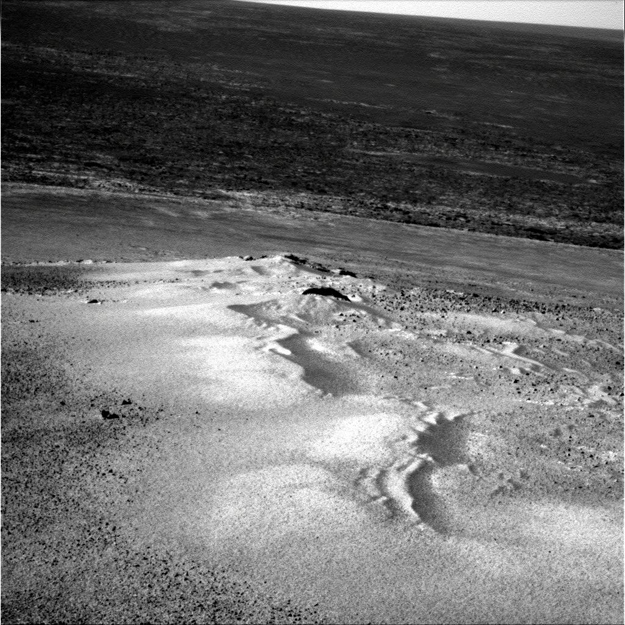 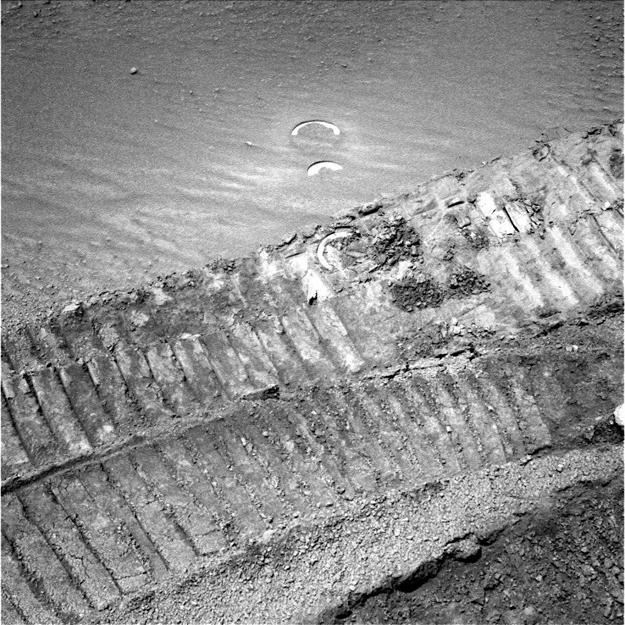 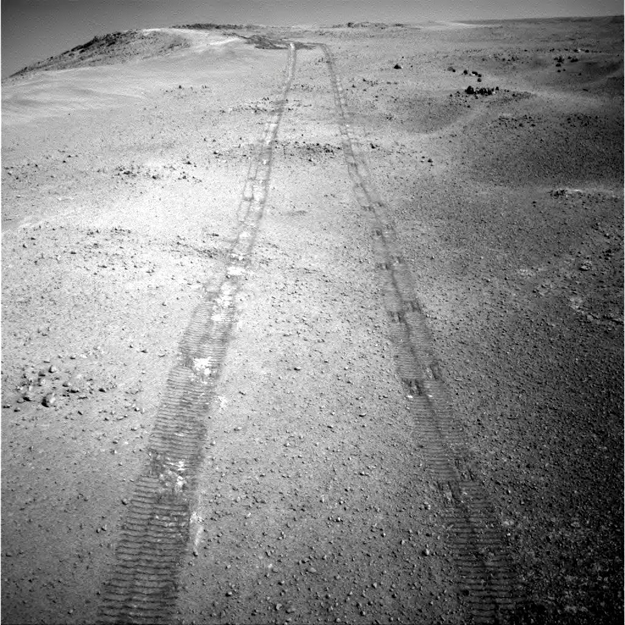 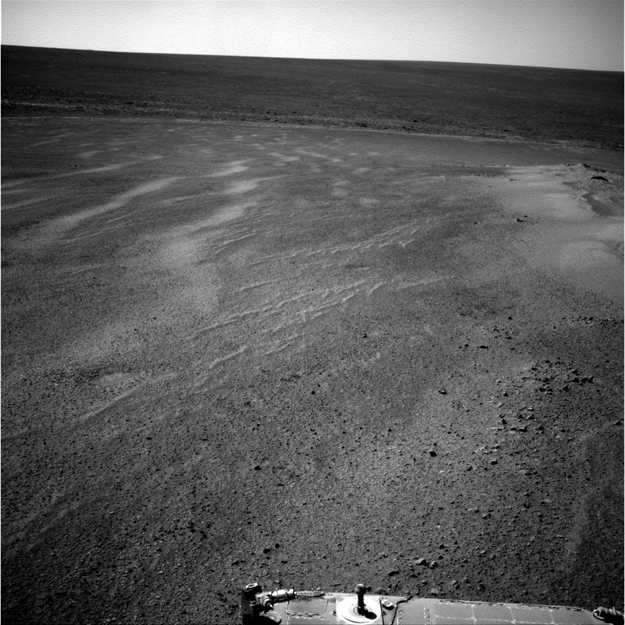 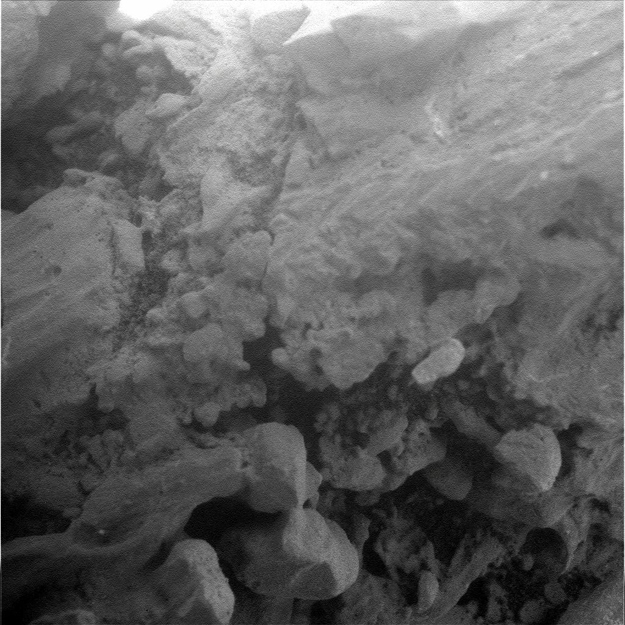