Opportunity finished her campaign to examine an exposed outcrop of rock that was of interest to the science team.

On Sol 2342 (Aug. 26, 2010), the rover’s robotic arm (Instrument Deployment Device, IDD) collected a single microscopic imager (MI) image of the target, “Laya Beach” and a MI mosaic of the target, “Cervera Shoal.” On the next sol, the moessbauer (MB) spectrometer was placed on the Cervera Shoal for a multi-sol integration. However, an anomaly was observed with the moessbauer spectrometer. The lead scientist for the spectrometer reported that the instrument voice coil did not indicate motion, although the moessbauer detectors appeared functioning. The project has opened an incident, surprise, anomaly (ISA) report and is investigating.

Opportunity has since resumed driving. On Sol 2347 (Aug. 31, 2010), the rover made almost 89 meters (292 feet) of progress. On the next sol, Opportunity covered only about 40 meters (131 feet) because of the limited driving time due to a late communication handover.

These photos were sent back over the past week. 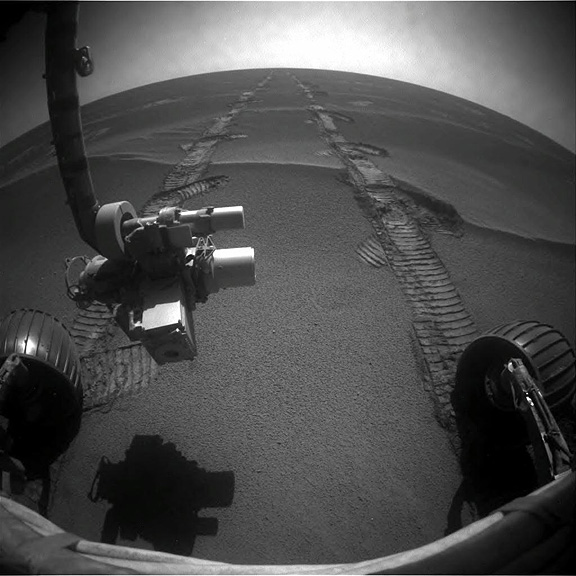 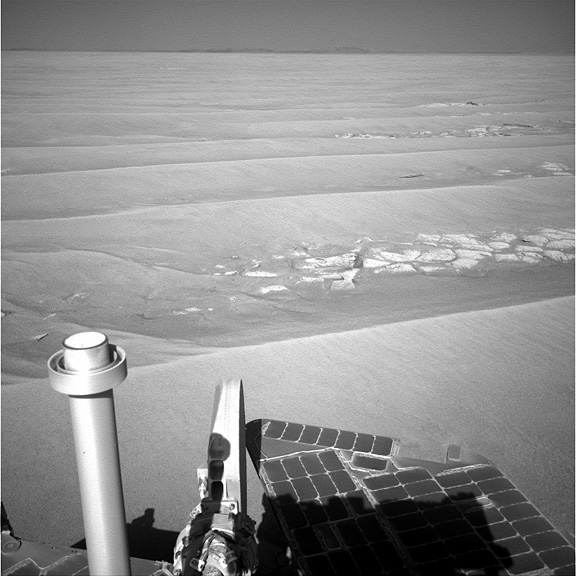 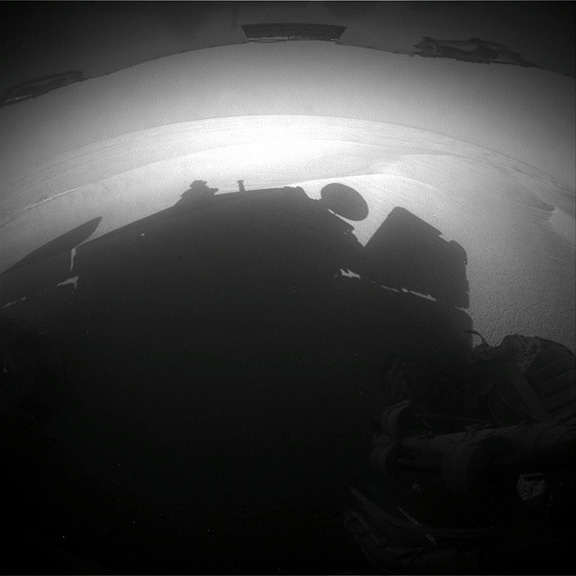 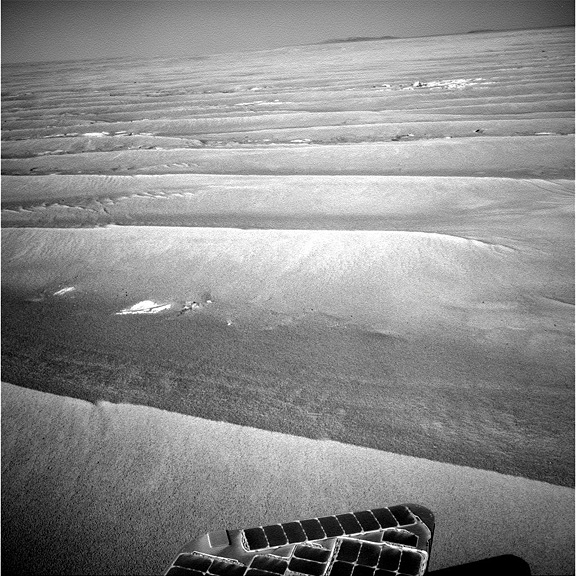 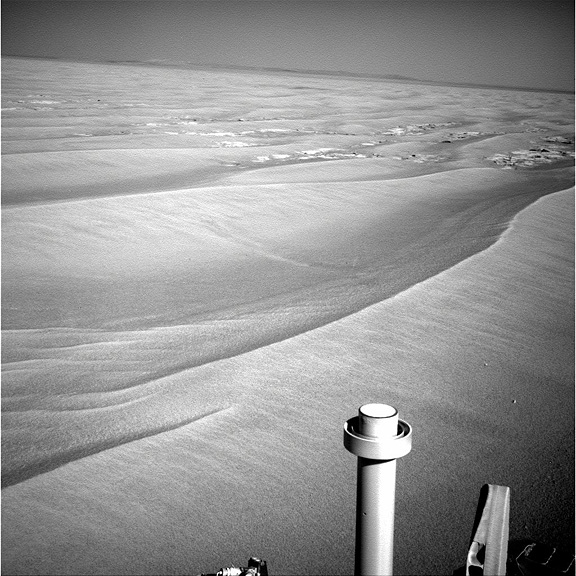 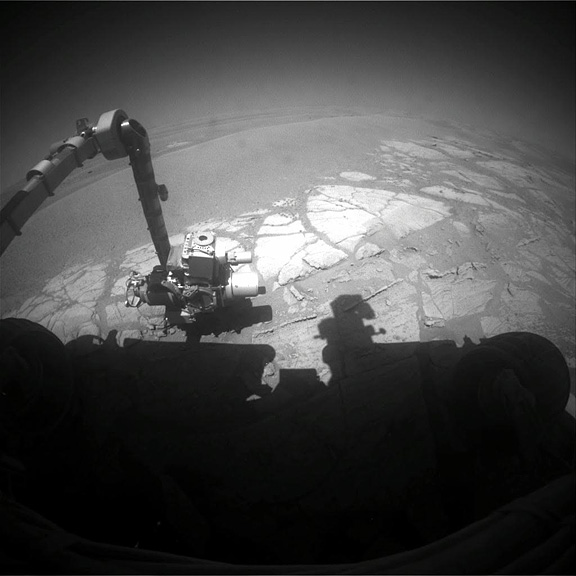